Tera Online... does it live up to expectations?

Written by nemaca on Sun, Apr 29, 2012 1:38 PM
Tera-Online
Where does Tera-Online rank in the list of the most demanding games?
100+
Rate this game User Rating
What's your user review score for Tera-Online?
7.71
Ok Not Ok Optimisation
How well optimised is Tera-Online for PC? 6.7
6.7

Hello everyone, this is my first article and decided to make it about Tera Online, because I keep reading all sorts of contradictory reviews from various places, and also because it's the right time to write it... a few days before the release.

I got into the open beta weekend and played a lot, made an archer high-elf lvl 30, a wizard high-elf lvl 28 and a priest high-elf lvl 22. I also played up to lvl ~18 the rest of the classes and tried every race in the game.

I've been playing mmorpg's for a long time, and I kept looking for the differences between them, for those plus and cons that make them unique and stand out from the crowd, because, let's face it, today there's a real crowded mmorpg market.

So... let's display pint by point some things about Tera.

Graphics: wel... I started on the wrong topic, some might say... a game is not about graphics, but most reviews about Tera begin that way: *omg-omg Tera graphics-drool*.

Yes, Tera online has great graphics, a pretty good variety of special effects and a huge amount of *wow* involved in the whole package. It is but 1 tiny step away from Aion though, and that is a pretty old game, and while Aion managed to enforce those graphics on low specs PC, Tera still has to work in that area, because it costs a lot of resources to render those graphics.

My hd4850 and dual core e5200@3.6GHz barely managed to pull it off at medium-high settings, basic shadow, no AA, with a simple 30ish fps while in city. I have a medium PC, and whoever states that my PC is old or obsolete, is wrong. There are so many Pentium III and IV still kicking butt out there, and also... the games today are so rushed that they have huge requirements for what they deliver. I have 40-50 fps in Aion with x4 AA, 16xAF and had almost 30 fps when it was launched... so it can be done.

So... Tera needs many patches and tweaks before is ready to be played by medium to low spec PC owners out there. Because it is pay-to-play, let's hope they will work in this direction too and not just to cram more game content onto an unpolished game. It is useless in my opinion to have amazing graphics that can be viewed only by a handful of people that can afford expensive PC builds, and the rest have to settle for medium or low settings.

Graphic settings in the game are quite complex, even though they should specifi on all of them which can be applied real-time and which need game restart, it gets confusing. There were some glitches too, but I expect that it was only because of open beta version.

Special effects are very eye-candy, very beautiful, and very confusing. Trying to play from a closer perspective is painful, because you can't see anything. Hello!, it's an action game, we need that close-up perspective! Tweaking the Graphic settings to manage the situation has no good result: either it reduces the quality of effects, but keeps them at same size, or it makes them vanish completely and you can't see what the enemy is casting, and can't defend from it. There should be a simplistic rendering of those effects at some point, available from the Graphics settings menu.

Sound is nice but not nearly as rich and colorful as the graphics. In my opinion, a movie is trash without good sound, andf a game is half trash whithout good sound. It's the sound that immerses you in the world, and only after, the graphics. One example: Diablo and Diablo II. Diablo II was heavily played in the 3D gaming era, because of gameplay, replayability and... surprisingly, the sound. After I read some articles about the Diablo sound I played more attention to it and realised that is actually was a serious reason for keeping me in the game. A boring, stressing sound would of send me to bed. So yeah, Tera has nice sound, but there is a stressing, big gap between those graphics and the sound richness, quality and corelation.

Gameplay I am going to say I liked it... but I am no expert in action oriented mmorpg's, and it has a just about the amount of controll you need to win a fight and not to become a hardcore-expert with a win-win recipe for most situations. The mobs actually start to think when you get over lvl 30, and you can get stunned, poisoned, they can dodge and counter your attacks and you really feel like you are fighting something when you battle a monster. Tackling a group of monsters requires a minimum amount of intelligence and not every troll can do it... so no more high lvl insta-trolls. Good.

Questing is done well, with cut-scenes, involving story, unique characters, with some personality, not some faded generic blah-blah walls of texts. You need to read and understand some of the quest  explanation. A simple example: in one quest you have to help a guy get back some pigs from his farm, that he lost and transformed into wild pigs. First, you have to attack once the wild pig, to get his attention/aggro, then you need to sting him wiht a dart that the quest NPC gave you, then go back to the NPC, making sure that the now docile pig is following you, and don't loose it on the way. Another quest asked me to protect an NPC from waves of enemies. Yes, I liked the questing. The rewards were decent, and the awarded experience definately worthed. Also, plenty of repeatable quests available, some requiring teams, some not.

Soloability is a big concern for me, because many players will fit the casual category. Wheter it is a person that works 8 hrs/day and comes home to relax in the game, or a teenager that feels better playing a game instead of football, or a person that likes this game more then a singple player game and wants to simply play solo. The game up to my level was perfectly soloable, excepting some team bosses for the quest-line. I think it is a solo-friendly game, and you don't depend on a team to play it, but of course don't expect to outplay a team-supported player, unless you are really hard-core.

Overall it's a great game, has a good start, but it needs of course more work to be fully polished to rise up to it's hype. It fits the 2012 trend and is up-to-date, but not entirely future-proof, as the trend tends to allow the user to modify the world he plays in. Maybe there will be modifications in the future to allow that, like Rift or GW2.

Thank you! Only now I realize the amount of spelling mistakes I made, and it pops out that my English is self taught.
I'm glad you liked my opinion about Tera: good game, just needs more polishing:) 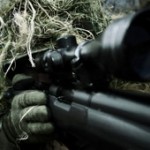 "It fits the 2012 trend and is up-to-date, but -NOT- entirely future-proof"
That's what I meant... funny how a simple word can change so much.