A great game to impress me

Written by GameBoy27 on Fri, Dec 14, 2012 12:06 PM
Dishonored
Where does Dishonored rank in the list of the most demanding games?
100+
Rate this game User Rating
What's your user review score for Dishonored?
8.96
Ok Not Ok Optimisation
How well optimised is Dishonored for PC? 9.7
9.7

The action-adventure from Bethesda released this year named Dishonored has been a great hit in the gaming world. With a PC rating of 9.5 out of 10 it has impressed a lot of gamers. But still there wasn't so much of reviews from the fellow GDers. SO IT'S ME NOW WRITING HOW I FELT PLAYING THIS.

The first thing to mention is the AI, The game's AI has looked pretty much well to me. Specially when at the Dunwall Whiskey Distillery, and looking at the "WANTED" poster for Slackjaw and still saying nothing, a few moments later Slackjaw suddenly said,"That's me in the poster." So I must say that Dishonored's AI has impressed me big time.

Next up is the game's beautiful sound system, the wonderful sound system made me feel like being inside the game. The next worth mentioning is the game's Graphics, great graphics helped it to be nominated for the Spike Video Gaming Awards 2012 in the category of best graphics. A good gaming PC can make the graphics experience even better.

Good Optimization can make a game liked by many and Dishonored has it. I have tested it on three PCs and got good results on each of them.

Last but not least, the game has got a good story.

As everything has it's bad side, it's gameplay is for the moment as many gamers say. I myself also found some difficulties in the gameplay.

In fact, I think it's hard to find any major fault in this game which can let it down. It made the game about 100% perfect action-adventure package. So if I am to say, this game is a must to have this holiday season. And if you're a hardcore gamer and a die hard fan for great action-adventure games, Dishonored is the perfect game for you this year. 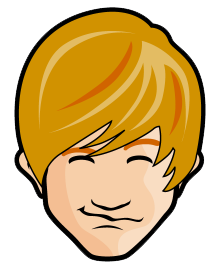