Rate this game User Rating
What's your user review score for Halo 3?
6.65
Ok Not Ok Optimisation
How well optimised is Halo 3 for PC? 8.2
8.2

Most people started their Halo Spartan Career with this game, but that would only be skimming the surface of the fight. Halo 3 is one of those games that continued over from the last game, but added a few extra items and maps. However, this is far beyond just items and maps.

Halo 3 was the first game to have an "MLG" rating (Major League Gaming), as no other game had an entire League dedicated to it to such a level (The "Major Leagues" is the highest level of Sport in the USA). Serious competitions and the most Machinimas (creating a movie using video game content and gameplay) were created using Halo 3. Even the famous "Red vs Blue" series used this game for their shows. Go on YouTube anyday and type in "Halo 3" and you would find THOUSANDS of videos! (If not MILLIONS!)

What makes this game stand out from even Halo 4 is rather obvious! Just like all the other Halo games, multiplayer is its biggest asset. With the advent of even more medals and achievements, it was THE Halo game to have at the time of release. It was what made XBOX LIVE even more successful.

But what gave this game the edge over Halo 1 and Halo 2? What were the drawbacks? Is it worth buying or even renting today? Let us discuss...

(PS: I appologize if this review is too long, but it is a great game, and in this case, I have lots to talk about!)

Of course, there are the few odd things about Halo 3 that people did not really like...

Halo 3 is one of those games you just HAVE to pick up for your collection. Finish the first fight and start the next one (Halo 4). Have loads of fun with LIVE Multiplayer and meet with new friends. Relive the memories!

Don't understand why most of the Con's are actually not MS's fault but gamers fault. Go anywhere with multiplayer and I promise that someone will trash talk on that as well.

That much is true, but it is still a con. Even if I were reviewing COD: Black Ops, it would be the same kind of con added.
Many of us may be guilty of Trashtalking, but we have to raise the awareness. 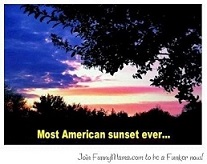 I actually agree with you on your last con, they should of continued the Halo franchise on the Pc, but oh well, nice review

Don't tease me man, I'm having gaming wet thoughts of how the graphics would look like on max, lol, good point there.