Resident Evil 6 is a great game that has some really frustrating moments that might lead you to request a refund. It’s split into 4 Grand, unique Campaigns that will introduce to amazingly creepy new monsters, along with a couple of new characters.

This is the first campaign (mind that you can play whichever you desire first) and the scariest. Initially, you will be fighting the traditional zombies, which are now smarter and will do their best to make sure you don’t live to see the next sunrise.

Leon is back. Our hero, first seen on Resident Evil 2 and last seen dealing with the acclaimed Las Plagas, on Resident Evil 4, is back and ready to shoot and smash just about every bad guy.

Helena is a new character about which I will not say anything as I don’t want to spoil the fun.

Anyway, Leon & Helena will struggle to uncover the truth behind the new Virus that’s turning people and creating new B.O.W.S.

This is the second campaign. Sherry – remember Sherry? She was the little girl you, eventually, saved in Resident Evil 2, when playing as Claire Redfield. She is now an Agent, working to save the planet.

Her mission is to escort to safety Jake – a random (nope, not random at all) guy who has anti-bodies for the new strain of virus – the C Virus.

Remember Chris? If you played Resident Evil 1 & Resident Evil 5, you’re bound to! Apparently he was on a special mission, yet again for the BSAA, and lost many of its man. You first see him, in a bar, drinking with no life rumor and with memory loss, until eventually a soldier of his Squad, called Piers, reminds him of what he once was and that he has a mission to finish. Throughout the game, you won’t know anything more about Piers (unlike Helena). However, in my opinion, he ends up being the bravest character in the whole game.

Just what is any Resident Evil without the sexy voiced, red-dressed, Ada Wong? Her campaign is actually the hardest, since you play alone, on Single Mode and face out the toughest enemies first, with the regular starting weapons.

Her campaign might just be the most revealing and the only one that offers interesting puzzles.

All 4 Campaigns are filled with tons – and I mean tons of action. Impressive cut-scenes and monsters is not something RE6 lacks off and I am certainly very satisfied with all 4 of them.

The combat system is identical to Resident Evil 5, though it lacks the fact you can no longer make combos with your partner but rather use melee attacks, until you run out of stamina – something new to the Resident Evil Saga.

The health system has also been adjusted and now consists of “blocks” of health. With each enemy attack, the block depletes. If it depletes completely, the next block is on. If not, it regenerates itself – something never seen before. If you run out of blocks, you will enter the “near death” state. Unlike Resident Evil 5, you can now recover on your own and even attack monsters surrounding you. I believe RE6 has the cleverest Health System. As usual, use herbs and first aid sprays to heal.

The inventory is as simple as ever! Weapon changing is just an “arrow” (or button) key away. You can switch to weapons faster than you could open the inventory on previous Resident Evil games.

A new extra to RE6 are the skills. When you kill enemies, or once in certain special chests, you might find skill points. You can spend these on skills for your characters. Skills go from, damaging reducing skills (which have levels, e.g. - Level 1: Slightly Reduces Damage, Level 2: Reduces Damage, Level 3: Greatly Reduces Damage, etc) to skills that increase enemy's drops (loot) or weapon's fire-power, melee attack's power, increase critical ratio, etc. You can set a series of skill-sets and each can contain up to 3 skills. You can only activate one at a time, though.

Button Mashing, something that’s become very common these days, is heavily present. It will be required to avoid instant death attacks and to activate special switches or open doors, etc. The most irritating button mashing part is on Chris’s Campaign, when escaping from a giant B.O.W. It requires a constant press in one button and a bit of luck, as well. I can’t remember how many times I “died” in that part.

The story of RE6 shines bright like a Diamond, though it's quite stiff. However, it’s amazing how the 4 campaigns interact with each other and it’s also amazing how you end up seeing one or 2 cut-scenes 4 times because they are part of each of the campaigns. I would say the story grows and develops nicely, but starts out really “vaguely” and many things are left unsaid.

I can’t believe how much fun I have (still having, as still playing) on Resident Evil 6 and how underrated it is. It does have many cut-scenes but they are so impressive. You actually feel like you’re part of the game – like you’re the one falling from the roof or being thrown against a wall by a giant monster. You feel the adrenaline when running, when shooting against monsters that can cause instant death. It’s so nice to shoot and melee monsters and each character has its own attacks. A game that gives me this much can only be called Great and for that I am thankful to Capcom – especially considering its price which is quite low.

Visually, I would say that the textures are pretty much equivalent to Resident Evil 5 and that some do seem recycled. Maybe I played too much RE5?

The characters are very detailed though, as are the monsters and the environments. The cut-scenes are very unique, very well designed and very intensive.

I haven’t tried the online features and so I can’t speak my mind about those.

Hear me when I say: give this game a chance. It might seem so bland and “cut-sceney” in the first hour but as the game progresses and you understand your abilities and master the controls, Oh boy, it gets so nice and tasty ;) 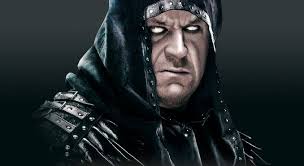 I loved this games i have completed this game on every difficulties with S RANK.

I loved Resident Evil 4 because of Leon and no matter how this game is I'll be sure to get it :D Second screen shot is Epic xD 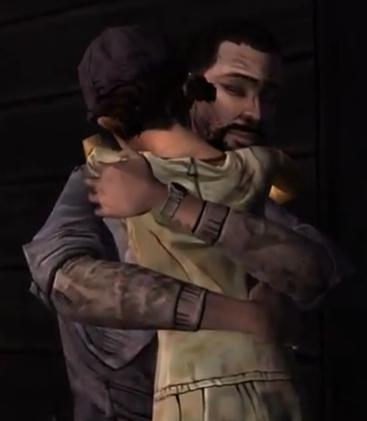 Bud! This game is good. Don't mind the criticisms.. You'll love it!

Me too. It's totally different from the past RE games but I love it! Though, I wish they just concentrated to one story only.. I love Sherry! :)

(looking at the second screen shot) maybe capcom should have taken help from nvidia...cuz those guys know a lot about bochough detailing.. :-P ...
Great review btw..I think I should get this cuz....well...I like shooting zhombiez......maybe later since I have already ordered l4d2 from flipkart... Waiting for SR4!!will try to get this game...or atleast beatup a friend to ask him to get this game....him becuz I..well....nvr mind...... Excelcior! Pip rocks!

I really enjoy so much of RE series... I don't care how good it is, how bad it is... all I wanted is having a good experience of this game... nice review Pip.... :D

Nice Review,I heard a lot of bad things about the game but you've said a lot of interesting things about.Thanks ,now I might consider buying.

Great review Pip :)
Finally a different perspective for this game.
I enjoyed this game so much, and basically i just don't care about Resident Evil franchise anymore so might as well just enjoy the game :p

Thanks buddy :D
It is a really good game :)