Written by Andrew Moynihan on Sun, Mar 31, 2013 10:23 AM
Neverwinter
Where does Neverwinter rank in the list of the most demanding games?
100+
Rate this game User Rating
What's your user review score for Neverwinter?
8.09
Ok Not Ok Optimisation
How well optimised is Neverwinter for PC? 6.7
6.7

Neverwinter is a setting that gamers keep coming back to; one of the classic territories with so much history embedded in it that it can brings back memories. Neverwinter the game is using this setting, along with the Fourth Edition rules for Dungeons and Dragons, but in an MMO setting.

Now, MMO's come and go, but this year we're seeing two very interesting ones; Neverwinter, and The Elder Scrolls Online. Both have a huge back-story, a rich setting, and all the RPG elements we could want. We have been given access to the Neverwinter Beta so lets see what this D&D MMO has to offer.

First off, let me point out by saying, it is Free to Play and designed to be Free from the start, rather than most which sell a subscription or the game and then try to work a Free to play model in at a later date. It meant that the game did not feel like it was railroading you to pay for anything at any point, however it really must be said that this was a Beta period and so having people paying for stuff that would not cross over to the full version of the game would have been a huge problem, so maybe that is why it was not noticed so much during our play through.

In many ways (mostly due to the latest 4th edition D&D rules being used), Neverwinter is a classic MMO, just in a different setting. The graphics are slightly cartoony, players run around with their names hanging over their heads, and you're told to wander into battlefields filled with zombies to collect arrows within your first 5 minutes of play. It has to be said though; I don't feel like much of this detracts from the game. There's a good reason this is the standard for these games, and that is that it works.

Although the graphics are fairly lightweight (and still a little glitchy here and there), the game attempts to make the story a little heavier. You're thrown head first, virtually unequipped into the field to help the Neverwinter Guards stop a siege, dodging burning wreckage and saving the wounded. The story is pretty immersive and reminded us a little of some of the Warhammer Online scenarios, which is as you'd expect given the series' heritage. All the quest givers are voice acted. They'll even keep chatting to you as you walk away, meaning you don't have to sit in front of them until they finish their (sometimes quite long) spiel, but can head straight off as you learn about the latest dungeon. The voice acting seemed of a mixed bag and due to the sheer quantity of dialogue there are repeat actors turning up.

Although the quests are somewhat rote, the locations are varied, and most importantly, the combat is interesting. You are slowly introduced to the full range of spells - starting with your most basic left and right click abilities, then into the Q, E and R spells, and finally your "daily" spell bound to number 1. This may sound like a lot, but it can be quite limiting later on. By the time you hit level 10, you have more spells than slots, forcing you to consider your playstyle and location. I played as the Devoted Cleric class, and was pleasantly surprised at how effective I was in solo or group combat, as well as being able to seamlessly switch my skills to become the group support when doing a large raid. Combined with my Divinity power (a toggleable resource that buffs your normal spells and must be regenerated by using your non-Divine attacks), the combat was continually fluid and interesting, with my cooldowns rarely getting in the way, but quickly becoming integral to my strategies.

Combat and quests are done either in large, full multi-player areas or smaller instanced dungeons. The mix actually works quite well; when you dungeon dive, you're on your own, but the overworld has several objectives and many enemies. In fact, I repeatedly found myself getting swarmed when playing solo in one area, having to run back to the guards to save me. Although I could make progress on my own, it was slow, and the way the xp/loot system works allows you to simply join in with random passers by. This also helps to complete your quests - when told to kill 5 Orc Taskmasters, I didn't kill a single one on my own, but found another pair of adventurers and kept them healed up, as well as doing some damage to the orc, and yet it added all of the kills to my check list.

Ad Hoc partying is supplemented by real partying, although It only works well for what it's good at; dungeons. If you use the Queue system to find a party to do a dungeon, the party works fine; the usual loot splitting works via the need/greed/pass system, and everyone gets on fine. There is also the ability to "share" a quest with your party, allowing them to help you complete it. This however doesn't work reliably, and if you want to stay together for extended periods, you will have to repeatedly share every quest with each other.

I suppose it would now be fair to say that the game is definitely still a beta; the entire crafting and profession system didn't exist in our version, as well as various graphical bugs and interface issues. However, as this was a beta, I can't really criticise, only note that unless these problems are fixed, they could cause issues down the line during release.

Ahh, yes, the release. The game is set to be Free to Play, which should instantly ring some alarm bells. I am very happy to say, however, that bar the login screen being their shop, and some merchants dealing only in Astral Diamonds (which I believe is the purchased currency), I saw very little in the way of "pay to win" or anything else. Almost certainly you'll be able to upgrade your in game mount if you wish, but the game doesn't appear to force this on you, quite happily letting you discover those things you want and encouraging you to look at the store in your own way. This doesn't sound a lot better than some other games, but it really makes a difference to not have the game yelling at you every 20 minutes to buy something.

We sent our man Raystlyn in as well to get some party action on the go but unfortunately due to timezones and a game breaking bug Raystlyn found, we couldn't play together during the short closed Beta period but he did manage to review Neverwinter system performance on his rig

Alternatively: Neverwinter played on a Intel i5-2500k Nvidia 560 Ti 8GB RAM 1900x1080 returned a steady 55 frames per second with everything turned up to max, including Anti-aliasing.

Neverwinter is mainly quest based, and unfortunately for many who remember games like Neverwinter Nights, there isn't an alignment system and so they do not have different factions, like Order and Chaos. At no point was I offered the opportunity to steal the jewellery instead of return it. Not that I would, of course, although my Tiefling Rogue might think about it...

A very interesting addition to the game that will potentially add huge amounts of extra content are the Foundry Quests. A system built directly into the game, these Foundary Quests are community made quests that you can design and release yourself or complete fellow gamers quests and they show a lot of promise. I did one, which was very basic and had several bugs/errors, but that's the fault of the beta really. Over time, ratings will ensure that the best quests make it to the top, and you'll always have something else to do when you log in.

Finally, the UI: The entire UI is customisable, you can move it to any configuration you like, which is very nice. Mods being built for most other MMO titles to enable the player to be able to do this, so it is nice that they have already added that in. The game also continued to patch itself seamlessly while we were in game; I'm not sure if this was just for the Beta or if it will hang around to the main client. There was an in game voice chat as well for your party, but unfortunately we couldn't get it working - we're not sure why, it could well have been a fault at our end.

So to sum up: Very promising, very fun, very free although it doesn't stray too far from the established methods of doing things. The game is really shaping up with a few bugs still here and there and we are looking forward to getting in to the full version. Currently there is no confirmed release date but we are expecting it to be along in the next few months.

Skype party? Try using Dolby Axon - its a dolby digital voicechat software, free to register and free to use AND it doesnt put a load to PCU like skype does :) 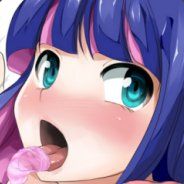 Lvling is quite fast in this one. You get like 2-3k exp from dungeon quests and its ½ lvl in early game. got lvl 24 in 2 days :I and i played for like 7h (skype party :D)

Can we chat in the game?

I don't like how i am limited to 1 weapon type.
GW2 got me used to variety.
Could use almost all of the weapons if you were a warrior in it

Yeah it's ridiculous; "I can wield this sword but I still haven't learned how to swing an axe..." :D

Yeah, it's a bit weird. There is a weapon proficiency system in DnD, but you can still use weapons you aren't proficient with, you just get penalties to hit.

Damn you got me intrigued, too bad I have no time for MMOs... :/

Having played and currently playing one of perfect world's other mmorpgs I have to say they really seem to know how to make a good f2p game. I mean all the things that you can buy in the store are just convince or a faster mount type of deal nothing really pay to win like. I may check this out if I get bored with my current mmo.

Nice preview, seems like you've covered every aspect.
After reading this preview, I'll be sure to check this game out, especially since it's free to play.