For all the stick Resident Evil has gotten over the years, it’s hard to deny the majority of the mainline outings are top-tier stuff. Sure, Resident Evil 6 had its critics, but peel back the survival horror expectations and below it was a pretty decent action-adventure. I’ll still never forgive them for the bizarre decision to not allow you to pause the game though.

Roll forward to today and expectations are understandably kept in check for the episodic Resident Evil: Revelations 2. Capcom has clearly understood its limitations, obvious by its £20 budget release and weekly download chunks. Over the past decade we’ve seen the bottom fall out of the so-called ‘mid-tier’ titles which were so prevalent a decade ago, but that’s exactly what Capcom has achieved here.

Resident Evil: Revelations 2 - Penal Colony has series’ stalwart Claire Redfield captured alongside newbie recruit Moira Burton at a TerraSave office party. The pair wake up in blood-stained prison on an abandoned island facility, each with colour-coded electronic bracelets. Capcom’s intention is clearly to keep the player in the dark as much as Moira and Claire, and so plot exposition remains fairly thrifty throughout. That’s not to say there aren’t some intriguing twists along the way, made all the more fascinating when Moira’s dad Barry rocks up halfway through the episode.

The plot and its delivery is predictably hammy, but that’s always been whatfans have loved about RE. At its heart this is a PlayStation 2-era game, and it’s only the thinnest licks of paint away from looking like one too. What it is though is some solid action-packed survival horror, one with an almost imperceptibly brilliant balance between challenge and progression. For me at least, practically everything bar one death was just about survived. It’s pitch-perfect difficulty that leaves you hanging on a precipice, never quite stamping on your fingers to send you tumbling to your frustrating death. It's the anti Alien Isolation in this respect, rewarding quick thinking rather than trial, error and patience.

Seemingly targeted at co-op players, the episode is split into two distinct halves. The first is Claire and Moira, the second is Barry and a mysterious girl called Natalia, with each half taking roughly an hour to work through. Both Claire and Barry are all-guns blazing, equipped with pistols, shotguns, explosive bottles and the like, while Moira and Natalia are reduced to spotting hidden objects, last-ditch melee attacks, and shining torches in people’s faces. Suffice to say, if you’re going to play Resident Evil: Revelations 2 in co-op, you’re probably going to have lie to your mate about how much fun they’re going to have while you swiftly choose Player One. If you've not got a heart made of solid ice then it might be worth switching over at the halfway point.

On your own however it’s a different story. You can switch between the two characters with the click of a button, so you can can stun a zombie with Moira before switching to Claire for an easy headshot. Natalia’s got her uses too, despite her diminutive stature. Crouching allows her to see a yellow mist where enemies are, seeing through objects and warning Barry where foes are, as well as their weak points. Vital for sneaky melee attacks which can save on the all-important ammo. You’ll never feel like the other player is vital, often acting as a glorified pack mule, but they provide some welcome company amidst the darkness.

Like recent Resident Evils, combat is much more fluid in Revelations 2, with a dodge mechanic you’re going to need to rely on to get you out of a few scrapes. Ultimately it’s all about the weak points; if you don’t target heads or vulnerable limbs you’re going to find yourself running dry on ammo extremely quickly. Luckily headshots are a joy, and a satisfying squelch lets you know you’ve connected properly. Gathering supplies throughout the environments you can also craft a few fire bombs and explosive bottles, although these are few and far between and should be used sparingly. The explosive bomb in particular can absolutely eviscerate even the toughest enemies on offer here.

Such is Capcom’s confidence in the action mechanics of RE:R2 it’s included a Raid Mode once again. This is a separate progression system to the single player which allows you to work through a number of missions, picking up loot, experience, cash and rankings medals. While this is offline-only for now, the amount of offer here is pretty staggering for a £4.99 episode, with 48 missions included with stacks of replayability across a number of characters. Daily Missions also give you a reason to check back in every day, and each episode is set to add more missions and playable characters to the already brimful mix.

Visually Resi Evil Revelations 2 rarely, if ever, impresses, but beneath the shonky exterior lies one of the best Resident Evil games in years. It adds little new to a tried and trusted formula, but it doubles down on what made Resident Evil 4 good without pandering to action fans to an unnecessary degree - in the first episode at least. The split between Raid Mode and Campaign ensures the classic survival horror shocks can still be implemented for long-time fans, while those more of an action bent can dive in to the the extensive Raid Mode which offers many more hours gameplay than any campaign could ever hope to.

The first episode offers enough twists and turns to keep us intrigued as to what will happen next on this adventure, and so long as Capcom can keep up the quality on offer here then the complete package should be a fine comeback for the revered series.

“Don’t get why people like Vaas so much, he’s not even the main antagonist and you just see him a cou...” - rebdy18

“The biggest question is "How much will it cost". Not like I'm even in the same ballpark of buying su...” - ProtosAngelus

This game makes me wish I had a family member who'd be as interested in video games as I am. :|

i agree the visuals on this game are a bit dissapointing...

yeah, agree with you. There's a bunch of low textures here and there, and also I think they made mistakes using some bad colours...sometimes it looks like a fantasy game (purple environments LOL). BTW I like the story so far

well i'm actually glad, otherwise i wouldn't be able to run it 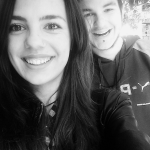 second-rate visuals? maan you should then give an eye on assasins creed rogue XD (no hate im just saying)

I've just been playing Rogue, I reckon they're easily on par, and it's open-world. Not that either's exactly easy on the eye. It does enough though, and it's probably a good reason why it's cheaper.

well ye im agree with you but come on lets be real its 2k15 and big companies like ubi for example just givin us games that the visuals are like 2 to 3 years old..but the rogue one had a nice plot and story tho :)

dude rogue is a port from the old gen consoles what did you expect... dont compare it to modern games.

well man come on ye its a port from previous gen but they just released on pc so they could added some eye candies on it..if they wanted to give us a game from the previous gen they should released it before a year for pc race but ye XD

no they couldnt. they wanted peole to buy it on ps3 and xbox360 first ;). they just want to make the maximum amount of money, they dont really care to improve it for PC. but its ok. i wasnt going to play this for the visuals. its the story that interests me.

LOL In my Country we called it "RUBI-SOFT" (Rubi/rubare=something like "to steal"). another reason for us to dislike this Company...