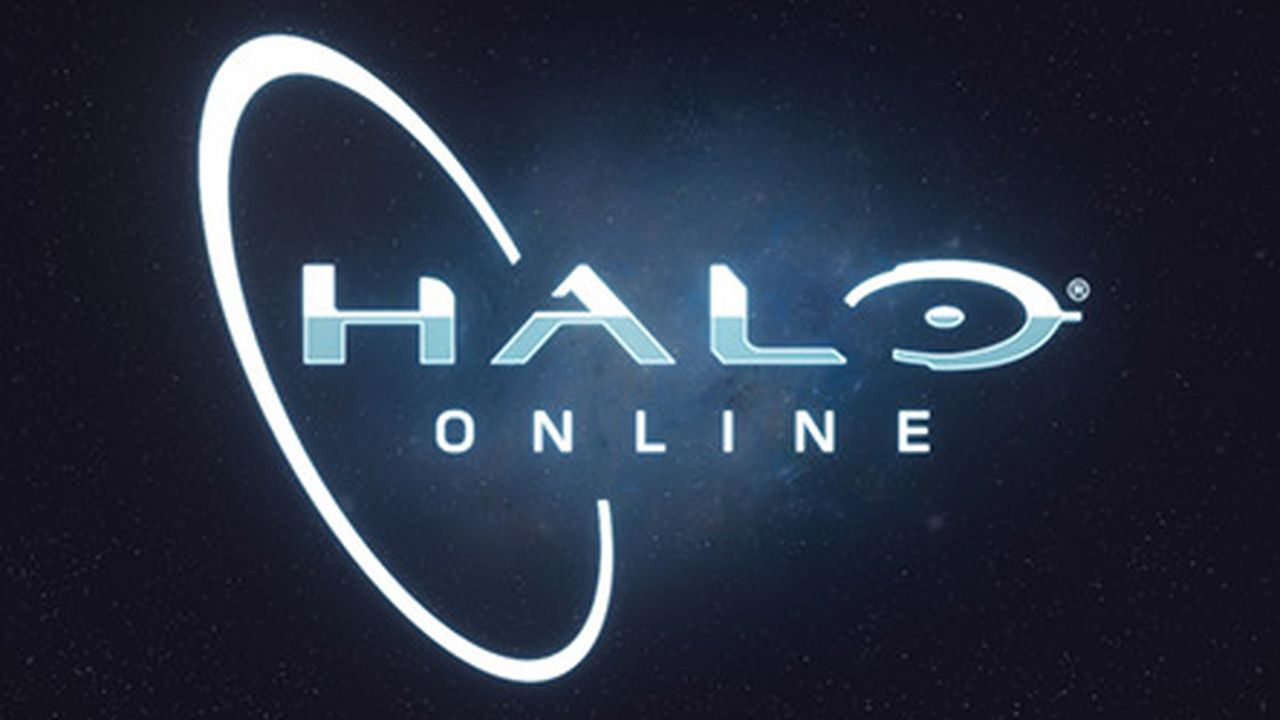 Written by Reptilian007 on Wed, Sep 23, 2015 6:54 PM
Halo Online
Where does Halo Online rank in the list of the most demanding games?
100+
Rate this game User Rating
What's your user review score for Halo Online?
10
Ok Not Ok Optimisation
How well optimised is Halo Online for PC? 8
8

When people hear "Halo", most people already know what it is. We always envision the Master Chief or another SPARTAN in the suit, dealing damage to the covenant. When it came to PC gaming, Microsoft decided to keep their flagship product (the Halo Series) away after the release of Halo 2 for Windows Vista. For many years, Gamers have begged and pleaded with the Software Giant to let us at least finish the fight with Halo 3, but we had always been denied, with the words "Microsoft/Bungie currently has no plans to bringing Halo 3 to the PC". Fast forward a few years and FINALLY, a glimmer of hope was realized...a new Halo for the PC! It was (in fact) what we wanted, Halo 3 for the PC and we could finally finish the fight! So many years we have shown Microsoft that Halo 3 was possible on the PC and that we can do it...it was finally proven that it can be done. BUT...

Halo Online is what we got, and mind you...it actually was what we wanted! We actually got Halo 3 on the PC!

This review would show what we have from what we don't have in this version of Halo Online...the first Halo for the PC in 8 years!

Halo Online is a Multiplayer-Only game released from Innova Systems (a Russian Company) with the blessing from 343 Industries that uses the Halo 3 Engine and updated Halo 3 and Halo 4 Graphics. It had been specifically made for Low-End PCs and has been currently a Closed Beta Version. However, this PC version of Halo is only for the Russian Market (and is a Free-to-play game), meaning that anyone outside of Russia (inclusive of the USA) would be unallowed to obtain the game. This was a slap and spit to the face to the WORLD of gamers eagerly awaiting the day that our Beloved Halo would make a glorious return to PCs. However, all was not lost...as almost as soon as it was released, Gamers (we would assume were either Russian or those pretending to be Russian) were able to obtain the game files and release it World Wide! Then, it took modders just a few weeks to create software to get it working. Months later, servers were setup and now the world has a fully functional free-to-play Halo 3 for the PC! It is thanks to the creaters of the "El Dewrito" software that we now have this game free to play...fully free of charge!

1. All of the Goodies from Halo 3 are Back:Halo 3 had been a MONUMENTAL SUCCESS due to it's multiplayer and story. Ever since it's release in 2007, Modders had been trying hard to replicate the maps and other items into earlier releases of halo (Halo CE, Halo 2 Vista). With such a success, getting a full Halo 3 packed with all of the goodness, plus extras is a bargain! For those who had started from Halo 3, this is your shining moment!

2. Gameplay: As with any of the Halo reviews I have posted here, we don't have to say much here. If you have played any of the Halo's (except Wars) you can get the idea of the gameplay. You can play this game for years, and still have loads of fun. Solid gameplay...that's all you need to know!

3. Medals: Medals were introduced in Halo 2 and has ever since been featured in every Halo game (not sure about Wars). As I had explained in the Halo 2 and Halo 3 review, Medals reward you with an extraodinary feat that you had done in the game. As such you can stack up lots of medals in one game. Sprees, Multikills and even Medals that don't necessarily require you to kill anyone can be found here. So far, we do not know how many medals in total Halo Online has. (PS: You can have Medals in Halo Custom Edition, through mods. This add even more life to the game.)

4. Graphics:Halo Online has used graphics from Halo 3 and Halo 4. This brings crisp gameplay, and makes things fresh. with the improved graphics, it makes halo alive again!

5. Fully Optimized for PC (especially Low end): Halo online had been specifically made for Low End PC (as explained in the Halo Waypoint website). This means that even lower type PC's that do not have the best graphic cards (or even old ones) can still play to max settings and the best performance. It must be noted however, that PC's too old, or PC's that were never suited for gaming may still suffer a few problems.

6. No "Pay to Win" (El Dewrito Version): Halo has always been a skill based shooter, where the only things you ever paid for was for armours and map packs. The Original, Russian Only, Unmodded Halo Online was a free-to-play but Pay-to-Win version of Halo, where players can buy particular upgrades to make their weapons more powerful or more accurate. This proved an unfair advantage to those who didn't (or couldn't) pay for such upgrades, and did not sit very well with the gaming community. However, the El Dewrito Version stripped away the paywall, and in later versions released all of the weapons, making them equally as powerful as the next weapon variant. This brought back the balance and re-levelled the playing field.

7. Totally and Completely Free: As gamers wanting Halo 3 for PC, it was a blessing to finally have it, and for free! Whether it was the Russian version or the El Dewrito Worldwide version, having a Free Halo for the PC was something very much un-heard of (Pirated copies of Halo does not count as "Free Versions" because the original versions had to be paid for. As such, we would not be counting counterfeit or pirated versions, and as such Halo Online is only the second Halo game to be free of charge, with the first being Halo: Spartan Assault). We actually got a double whammy: Halo 3 on PC, for free!

8. Community is being revived:For a while, talk about Halo was on the decline, especially after Halo 2 Vista being shut down earlier this year. But, with the advent of Halo Online, the Community has made a comeback.

And now the dreaded...

1. Halo Online for Russia Only:When Halo Online was released, it was only in Russia. At first people thought it was just for the Beta, until confirmed by 343 Industries that this Halo was only for the Russian Gaming Community. This created an uproar amongst the gamers, as they had been pleading for this game for 8 Years, only to be teased and denied in such a unceremonious manner. This led to the uprising of modders and the creation of the El Dewrito Launcher, that allows for anyone with the game files to load and play the game. Despite numerous attempts by Microsoft to halt the modders (with threats of lawsuits), the launcher lives on and has been undergoing constant updates!

2. "Pay-to-Win" (Original Russian/Non- El Dewrito Version):Being a Free to Play game, one would know that you had to pay for something while playing. Many people expected this, as it was customary on the types. One would also expect to pay for items that may improve the look of the character. However, there have been reports that there are "Pay-to-Win" elements in Halo Online, where you can buy upgrades that make your weapons more powerful. This makes it unfair to those who cannot afford to buy these upgrades or simply chose not to. Those who do buy them obtain advantages that may grant them unfair advantages. (This was extracted from the "El Dewrito version" and all weapons were released, where none of the same weapon types are more powerful than the other).

3. Addition of particular content:There are some elements that were added to this halo that does not fit to well. One such element would be the SPRINT function. For some, it was welcoming, as you can quickly escape from a situation by running away to recharge your shields. On the flip side, some gamers say that it was never in Halo 3, so it should not have been implemented. However, the El Dewrito version gives the option to enable or disable sprint before matches or gametypes, which you can save.

4. Bugs:Halo Online is still relatively new, so bugs are found. Sometimes, shooting  has lag where it can mean the difference between a kill and being killed. Another bug would be in the assassination animations. Sometimes your animation freezes, though the kill had been made. Not much to cause gameplay to suffer much though.

5. Microsoft trying to stop the Community: This is understandable for a Company such as Microsoft to protect the IPs from those who would want to steal it. And in essence, the El Dewrito  Launcher has (technically) pirated the software (as in the game files) from Microsoft and leaked it to the world for play. This makes it not really different from torrenting any other Halo from the series online. However, there is justification in this situation, as the Halo Online was originally free to begin with. Also, since Microsoft did not release the game worldwide and it was exclusive to the Russian Gamers only, it was the only way the world could have been in on finally getting Halo for the PC after so many years. Pirating software that you had to pay for is TOTALLY wrong, but sharing something that was meant to be free is not to be punished!

In all, Halo Online is an excellent game and you can relive the Glory Days of Halo 3 with it. With the few added goodies and the El Dewrito Launcher, we expect it to pull off many exciting things in the future. Perhaps Microsoft would see this and give us an official worldwide version. Till then, grab this one up and join the fight!