There’s a certain type of comfort to be found in Spiders’ notoriously janky RPGs. They’re sort of pretending as if the last 10 years have never happened; like Knights of the Old Republic is still the pinnacle of role-playing. And I guess, in some sense, they’d be right. You see, The Technomancer is a lot of KOTOR’s sensibilities, all wrapped up in a vaguely 2016 game engine. It’s got the involving quests, rich sci-fi world, and an abundance of giant bugs. Both kinds. 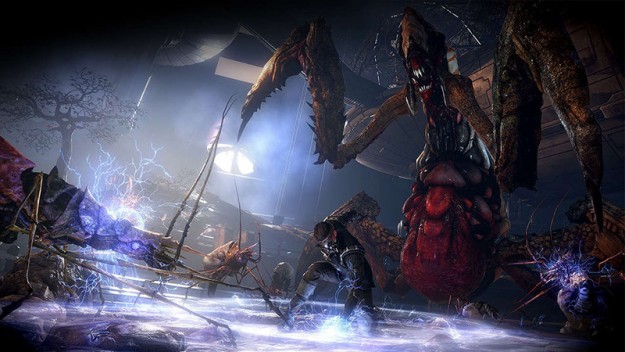 Booting up The Technomancer is a bit like walking into Poundland. There’s a sense that it’s being kept afloat by gaffer tape and hope alone. It is, compared to the competition, a bit cheap. But that never put me off exploring the Aladdin’s cave that is Poundland and The Technomancer is no different. Tucked in between an eight pack of Rizla, 2L of Vimto and a yard of Jaffa Cakes lurks a surprisingly engaging action RPG, one which, I have to say, gave me more than a few flashbacks to the late, great Alpha Protocol. Plenty will hate it, but those willing to forgive a few sins may find a lot to love.

The Technomancer is not pretty. It will never wow with its tired visuals, wonky animations and terrible audio. The combat’s a little iffy, the voice acting - forced. If it were the sum of its parts, The Technomancer would be an unmitigated disaster. But I’m actually finding the whole experience pretty fun. Spiders have got everything wrong but somehow as a whole it works.

The gist behind The Technomancer is that it’s about a, uh, technomancer. Essentially a portmanteau of technology and the suffix -mancy, relating to the use of magic. Which means he kicks a lot of ass with sci-fi weapons, and then he’s also got destructive lightning powers on top. He’s on Mars, post human colonisation. The War of Water has broke out and Zachariah, the Technomancer, is on the run from the secret police. Along the way he meets quite the cast of oddball sidekicks, invariably with cheesy voice acting. It’s all backed up by some triumphantly corny script-writing and a wee bit of Gallic flair. 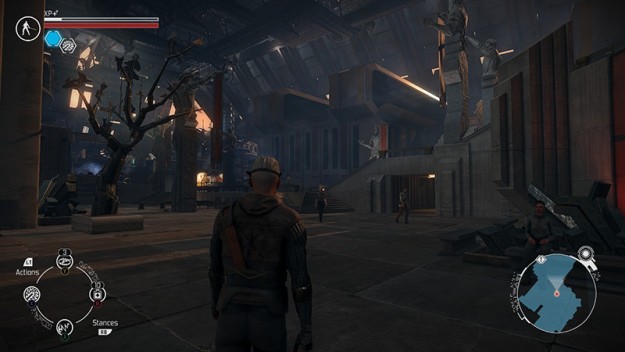 That’s the crux of The Technomancer’s often meandering plot, while much of your time will be spent actually exploring the Red Planet, picking up quests and duffing up your enemies. There’s a fairly comprehensive leveling up and upgrade process going on behind the scenes. With Zachariah able to spread his skills across four unique trees - Technomancer, Rogue, Warrior and Guardian. Spiders fans will be familiar with some of those, each varying Zach’s skills between swords, guns, lightning staff and even mace and shield. You’re free to pick and choose from the various trees as well, crafting your own unique technomancer.

Combat itself fully real time. Zach can change between the four styles mid combat, each providing unique users depending on the situation. It’s certainly not as tactical perhaps as a KOTOR, but players will have to actively dodge, use AoE effects and attack enemies at the right time. It remains pleasingly enjoyable throughout, although my one major gripe would be the lack of feedback. Your hits never feel like they truly connect, more like you are just chipping away at a health bar. 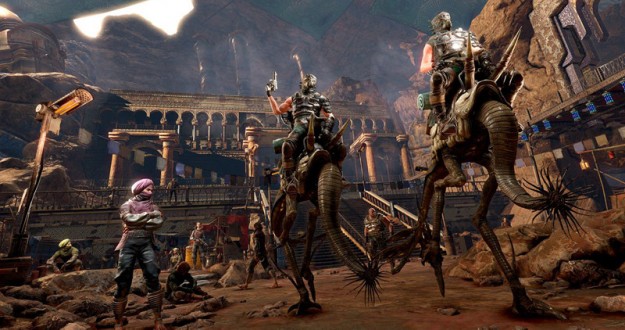 In typical RPG form there’s heaps of side quests to get involved in outside of the main story. The Technomancer’s central plot will take you 20 or so hours to get through I’d guess, but there’s dozens of hours more content to be found away from the beaten path. Much like The Witcher 3, these represent the more human side of the tale, with individual problems and bitter feuds that are where the strongest storytelling can lie. Conquer all of that and you’re comfortably looking at 50+ hours.

All in all The Technomancer is a fun adventure, which will definitely grow on you. It’s from the school of RPGs which are engrossing despite their laundry list of flaws. There’s much to be said for a small team like Spiders chipping away at a hideously involving and expensive genre, and for that they should be congratulated. It doesn’t have the polish of a Mass Effect 3 or Deus Ex: Human Revolution, but The Technomancer sure has a lot of heart.

For those who want to see the game, I've been making a couple gameplay videos! Go on youtube and search "7kGrumble" and they will all pop up. Thanks in advance! :)

How buggy can it be I thought.... Game froze after the first 10 minutes

I'm playing it at the moment and really love it. I like to explore the world, for me is best part of every game, so same in here.

I've always liked spiders games, but i always thought they ended to soon. they come up with some good stuff, but never fully flesh it out. Still, this is a must buy.

i came to just about the same conclusion as you. it's good fun, just like war logs (which i believe is on the same timeline, set at the same time)

I was really hoping that this time they would make it a huge success. Unlike Mars : War Logs, but i guess not. Although your review has still kept me interested in this game. So thanks for keeping my hope in this game, Jon. I'll probably be able to look past all the bugs, but the combat may be an issue.