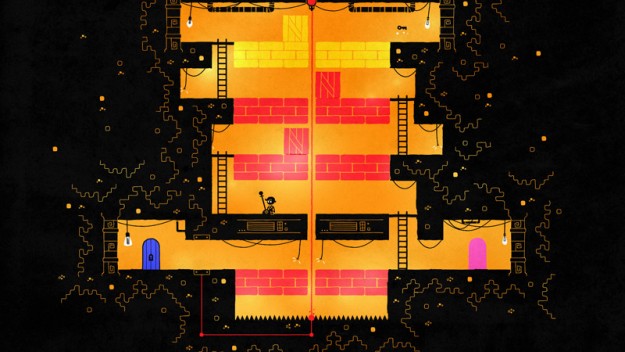 Written by Stuart Thomas on Sun, Sep 11, 2016 2:06 PM
Hue
Where does Hue rank in the list of the most demanding games?
100+
Rate this game User Rating
What's your user review score for Hue?
0
Ok Not Ok Optimisation
How well optimised is Hue for PC? 10
10

2D monochrome side-scrolling platformers might not be what you think of when you’re trying to come up with innovative new gaming ideas. And, well, you’d be right not to. Back in the nineties, before people had mobile phones or home internet connections, they were all the rage.

Still, recent games have played with this time-honoured genre and skewed it in interesting ways. Why, just the other week I reviewed Inside very favourably. Modern designers have found a way to use the side-scrolling platformer as an interesting story-telling mechanism.

So Hue - in case you’ve not worked it out yet - is a 2D side-scrolling platformer of sorts, and it’s kind of monochrome as well. The basic premise of the game is that the world is made up of, well, let’s call it black and grey levels. The catch is that the grey bit - the area you can move around inside - can be set to a different colour of your choosing from a palette of eight. Changing the world to, say, blue will render any blue objects in the world completely invisible - and, for that matter, immaterial. You can walk through blue walls when the world is blue, pass by blue lasers, and so on. If you’re pulling a blue crate through a low-roofed tunnel and you need to get to the other side of it, no problem - change the world to blue, walk through the now-invisible crate, then change the world back to a different colour and you’re good to go.

All of which lends itself naturally to creating simple puzzles for a platformer. Jump into the void over a huge floor of spikes (who builds these things in the first place? A floor of spikes?) and change to the correct colour to reveal a platform right where you’re going for a finesse landing. Jump on the special trampolines that cycle through different colours enough times and the colour will match that of the background and you’ll fall straight through.

And if this sounds complicated? Don’t sweat it. Almost the entire game is a tutorial.

This is perhaps the biggest problem with Hue. At the start of the game you don’t have access to any of the colours, so at this point it really is just a runny jumpy platformer. Pretty soon you get the first colour, and you can change the world to that colour, and that colour alone, allowing you to progress beyond the superficial puzzles. Then you’ll get another colour which will allow you to remove some impassable walls earlier on to get to the next section, where all the puzzles revolve around cycling between these two colours. Until you get the next one. You know the drill by now. The game drip-feeds you new colours, and builds more and more complex puzzles. But, for the vast majority of the game, these puzzles don’t really serve to challenge too much. It feels very much like you’re walking through a load of training levels.

It’s true that at the end things pick up a little and by the finale, passing each puzzle room feels like a triumph, but at perhaps three or four hours’ full play time, it’s too little too late. Which is sort of a shame, because by that point I’d started to really enjoy it. Mind you, it could have perhaps stood to move away from the whole idea of pushing and pulling crates around a bit, because even more than feeling like an extended tutorial it felt like a game for people who really, really love shoving crates of differing sizes around. Ryo Hazuki would be in his element. 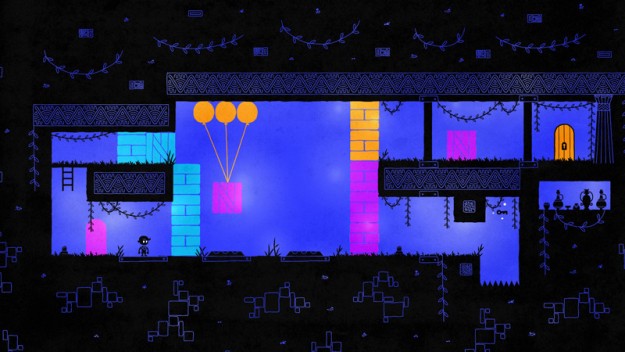 There’s a storyline as well, something vague about a magical ring that allows colours to change, or something about allowing people to see more colours than everyone else… I have to confess, the story - which is conveyed through letters from a mystery person (spoiler: the mystery person turns out to be exactly who you would expect) - is filled with angsty questions about the nature of colour and frankly the whole game would have done much better without it. But you can’t put out a game with no story, can you? In Hue’s case, the whole thing feels a little tacked on, and it doesn’t really explain why you’re running around in a bunch of rooms with spikes on the floor and ceiling.

I knew as soon as I started playing Hue that it was going to be a short game. Some games, like Inside for example, fit snugly into their compact length and provide exactly what they’re setting out to do. In the case of Hue, I’d just started to enjoy it when it ran out on me. Which was as I expected.

With tougher, longer puzzles and a proper storyline (or no story at all, for that matter), Hue could perhaps have clawed itself a couple more marks. As it is, it’s a passable puzzler that is priced according to its length and may serve as a light snack for puzzle and platform fans, but nothing more. 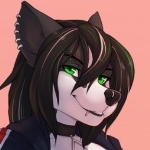 Just Hue do you think you are?