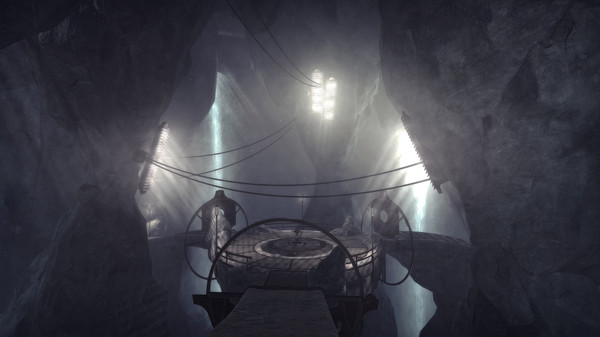 Touted as a modern day equivalent to classic puzzler Myst, Quern is an extremely fun (yet frustrating) puzzle adventure game. Set in Quer’nalok, a magical mystical place where time doesn't exist. This is the perfect excuse for skipping over aspects such as hunger, thirst etc. For the player character, none of this is a concern without the flow of time.

The game begins with the protagonist waking up just as a portal to this strange world closes behind them. They're trapped in this fantastical land with nothing but the letters from a man who used to live here to guide them. Not only has he left cryptic notes but he's also intent on leading the player through what equates to a mental obstacle course. Right off the bat Quern's puzzles begin and the story begins to unfold.

In a matter of minutes I was introduced to a teeth-grindingly difficult puzzle, developer Zadbox Entertainment providing a not-so-gentle reminder that Quern isn't going to be an easy ride. Initiallyall you have to do is solve puzzles laid out before you in order to progress, but in time you'll have to figure out where or what the puzzle even is before attempting to solve it. At times I caught myself roaming around the beautiful yet oddly bland city of Quern just looking for objects I may have forgot to pick up or levers I hadn't pulled

The level of detail in this game is astounding and I applaud the development studio for this. A big aspect of Quern is observation of the environment around you. It's imperative to remember everything you see in the game, as later on I often needed to recall something from the past. Hopefully you've got a very good memory, or just jot some important notes down on a pad of paper.

The puzzles in this game are some of the hardest my poor, frazzled brain has ever had to deal with. Right from the off they're quite challenging, but the later ones, well, they send you off all over the place and require you to connect many disparate parts. As I said, figuring out what the puzzle even is can be the biggest challenge in the game.

Fortunately Quern isn't just an endless sequence of puzzles through to its conclusion. The story is deeply engaging and will keep you hooked till the end(s). Yes, Quern does have multiple endings although this is unfortunately based on a single binary choice in the closing moments. It feels as if Quen could be completed in 2-3 hours in theory if you're total puzzle enthusiast, however for me it took close to 20 hours to solve. 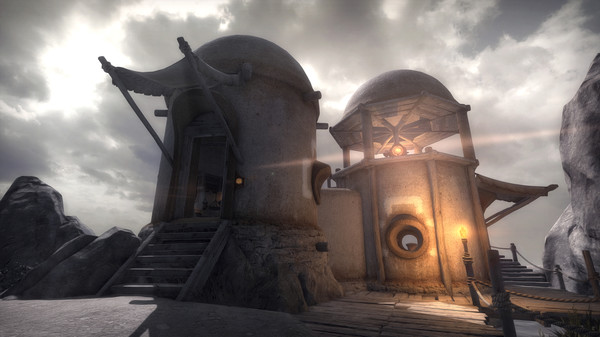 The story is largely linear but the ability (often necessity) to roam around the world gives it a bit of an open world feel. The way new locations are unlocked is marvelous and the cohesiveness of its world is some of the best game design I've seen in years. Folks who aren’t familiar to the genre will run into quite a few problems however, so this is a game which may demand patience. I heartily recommend trying to avoid using a walkthrough as this tends to sap out all of the fun and satisfaction from an adventure game.

On the audio front the voice acting is superb and the ambient music changes with your location is nice. For the most part it does fade into the background but it can begin to grate while you're racking your brain for a particularly elusive solution.

Quern is a must-have game for puzzle enthusiasts. At 25$ this is one game that has a very good dollar per hour of game play ratio. It could also be a great gift for non-gamers who have an interest in puzzles as it's simple to understand the play mechanics and it should run fine on any system.