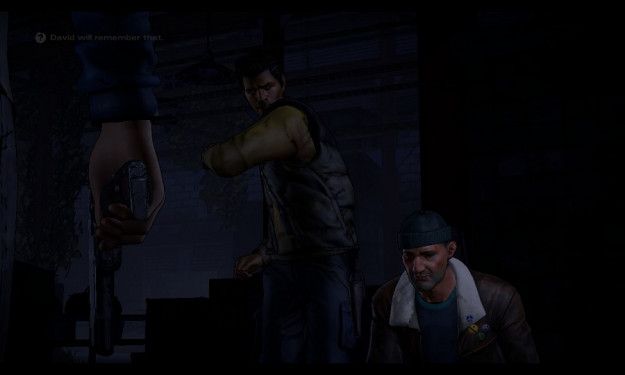 A Legacy of Betrayal - The Walking Dead: A New Frontier Episode 3, 4 and 5 Review

Relationships are made by some tough decisions, tough decisions that you need the will to reinforce. In the end, your decisions will influence the actions you make and those actions will either gain or lose the trust of the people around you. You can't please everyone and this, my dear GD'ers, is the sad and harsh reality of our world portrayed by this game.

The following review contains minor plot spoilers, read at your own discretion.

Episode 3 of The New Frontier starts off at the gates of New Richmond, where Javier is trying to find medical help for Kate. Here you meet up with Javier's brother, David, who Javier and the family assumed had died years prior, when they lost touch while heading to a hospital during the initial outbreak. During his time away, Kate would get closer and closer to Javi and the rest of the story would roll on assuming the decisions you took and will take.

I would like to say that the last three episodes are merely an inner battle for Javier, who'll have to decide whether to be a loyal brother or give in to his feelings. Simultaneously, he also has to protect his friends from Prescott and have Clementine's back. They each have their own objectives but they rely on Javi to be their leader.

The settlement of New Richmond is run by the New Frontier, whose council consists of four members (including David). However, Javier has his work cut out for him attempting to impress all the members in order to be granted "citizenship" of New Richmond. It's like applying for a visa to stay in another country, but with slightly fewer cavity searches.

The events visualised and the feelings of the characters paint a picture of a settlement at war. During conflicts there are shortages or supplies or important missions to be achieved, intensifying rifts between the rival factions. Such is the case of the New Frontier, who have been conducting raids on other communities for their own personal interests.

These three episodes are a heck of a lot more intense than any of the previous two seasons, but with the similar con that the narrative pretty much stays barrelling along the same path. In fact, the actual ending is only affected during the last episode and all prior actions have little effect. However, this is probably one of the first seasons in The Walking Dead series which offers an unconventional ending. This can be viewed from both sides depending on what you think of the series.

All three episodes are rich in dialogue, filled with twists and turns, but there is a lack of "free roam" in this particular game, instead funnelling players from cut scene to cut scene. Side tasks are actually pretty easy to do and there are not very many in the last three. So on a technical level, I think the devs have tried to make it more fast paced and fill it twists at every turn of the game. Every decision is tough, pitching the player with awkward scenarios. 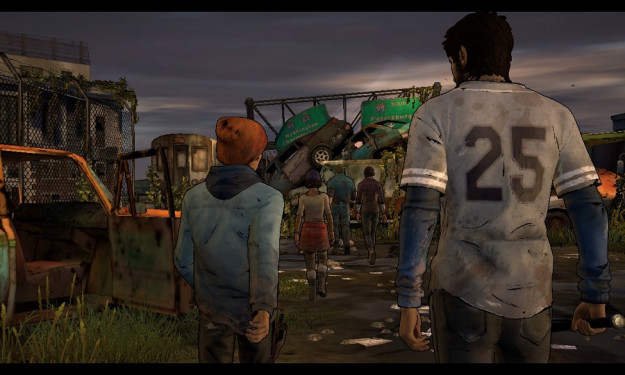 These episodes are also particularly gruesome and they share a similarity of cruelty with Season One of The Walking Dead. It depends, however, on the style you play this game, because either you can be extremely punishing on the New Frontier considering their crimes, or you can play along and restrain yourself.

These three episodes also have a very nostalgic feel but they don't recount events on the previous seasons, rather they go around the lives of Javier who screwed up as a baseball player and his relationship with his family. They will eventually influence the ties he has with his brother in the current events. Then you also have Clementine remembering a promise she had made in Season Two and finally had a partner but then again the New Frontier became the devil and took him away.

It portrays puppy love and the desire to live a normal life again similar to a situation of war if compared with real life. Feelings are captured brilliantly and it gives a feel that you are actually in the situation. Romance has its perks but there is a hefty price with that.

However, with all that keeping you occupied, there is always the curiosity to go in again and make different choices just to see the new outcome. That is the inherent replayability of Telltale games and something that I really admire. However, decisions made in Episode 3 and 4 pretty much put the story on a very linear track and there only rare instances of new events. Episode 5 is what actually affects the ending and creates the plot twists. You may shed a tear because of one bad choice. A tear because you have to play the whole episode again to see the other ending.

But then again, it's not something that can prevent this game from getting the top accolade. It's immersive, gripping and filled with emotion, while straying away from the conventional endings we see in The Walking Dead games.

A New Frontier tells two tales, one of a battle-hardened teenager and the other of a brother who is trying to keep his family together while struggling with his emotions. It's powerful and steps away from the aesthetics of a melodrama but my dear reader, A New Frontier sets the bar high for its excellent narrative, storytelling and politics of society. You will drown in the world of New Richmond only to be awakened by a Walker nearby.

For me it's without a doubt worst game of the year. I can't remember last time when story-driven game had such a terrible writing, character development and felt so barely put together. First two episodes were ok, then third was worse, and then last two were all cringe and non-sense. Some cheap soap opera with zombies.

Totally agree with you. This season was the worst.