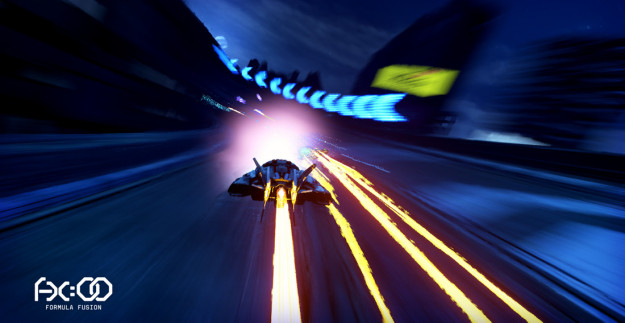 Written by Jon Sutton on Sat, Jul 1, 2017 2:00 PM
Formula Fusion
Where does Formula Fusion rank in the list of the most demanding games?
100+
Rate this game User Rating
What's your user review score for Formula Fusion?
0
Ok Not Ok Optimisation
How well optimised is Formula Fusion for PC? 5
5

I know it’s very unfair not to review a game entirely on its own merit, but games don’t exist in their little bubbles. And, well, I got my Formula Fusion review key on the very same day my copy of Wipeout: Omega Collection arrived in the post. Wipeout is the clear influence from which Formula Fusion spawned from the minds of R8 Games some twenty years later. In those two decades, Wipeout hasn’t aged one bit. And in those two decades, there’s still been no better futuristic racing series. Formula Fusion doesn’t do anything to change this, for better or worse, but it is nevertheless a solid alternative for those without a PlayStation 4.

Originally on Kickstarter way back in early 2015, Formula Fusion was a sort of catalyst for the influx of futuristic racers we’ve had lately. Inspired by Wipeout, Formula Fusion is an anti-gravity racer in pretty much its purest form. Set in the year 2075, racing teams compete on spiralling tracks, defying gravity and racing at prolapse tempting speeds. It is a game which feeds on nostalgia, from those who perhaps used to game on consoles and have now graduated to PC. The choices, until recently, have been limited. The big question now is how Formula Fusion shapes up against the great Wipeout. Does it live in its shadow, or is it capable of being its own beast?

The racing itself is pretty straightforward, split between time trials and straight up races. There are a few defensive and offensive weapons littered about the tracks, as well as boost pads to hit. Handling is fairly different from Wipeout, with a sort of stickiness that keeps you on the tracks and predictable, smooth turning. Slamming on the air brakes will also bring you to a halt much quicker, yet you can blast off a little faster. This lends a bit more of a stop/start feel to proceedings, promoting carefulness rather than top speed and corner memorisation.

The tracks are decent if a little uninspired. They follow the Wipeout formula of twisting chicanes and roller coaster drops, rather than the loop-the-loop madness and cylinder tubes of F-Zero. I just would have liked to have seen more of them, perhaps with more extreme designs. There are just eight available, and they’re also found in night and reverse variants. The night time changes don’t really count for anything, but the reverse tracks can feel a little fresher.

And that style of thinking just bleeds through to the rest of the game. While the racing is fun, there’s just not a great deal of here to keep you engage. There’s a limited variety of racing modes, few unique ships, bog-standard weapons. It’s just a little barebones and soulless.

Wipeout to me was a hugely important game because it practically invented cool in the world of videogames. Before then, games were seen by the public at large as the reserve of the reclusive and the young. Little toys to be played with and grown out of. Then Sony arrived with the PlayStation, and Wipeout, with an art style, soundtrack and branding that was just bleeding edge at the time. It was like nothing we’d seen before. Formula Fusion tries on this front, but it just lacks that magic sparkle that can help set it apart. The soundtrack can be uninspiring, the menu design is a little tepid. There’s little here to suggest R8 Games felt comfortable in applying its own personality to the genre. 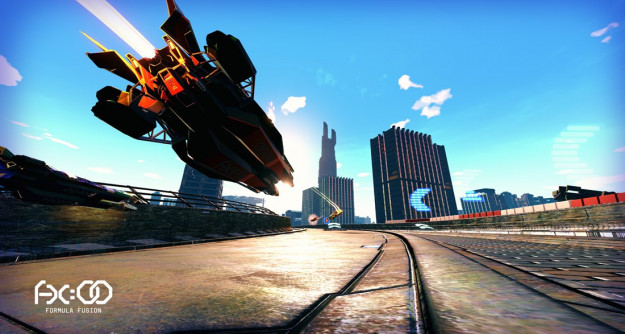 All in all, the damndest thing I can say about Formula Fusion is that it does precisely nothing to set itself apart. If you haven’t got a PlayStation then it could prove an entertaining diversion on PC, but it’s not a patch on the Wipeouts and F-Zeros of this world. Which is a shame, because you can see the passion for anti-gravity racing bleed through. It just follows a little too slavishly in Wipeout’s footsteps, when setting itself apart a little would have helped prevent its inferiorities being thrust into the limelight. In the absence of a better alternative, and I’d say Formula Fusion and Redout are neck and neck, FF may scratch that anti-grav racing itch. Just don’t expect it to be the game to keep you occupied for weeks on end.

Against Wipeout I really disliked this game also, luckily it was gifted to me