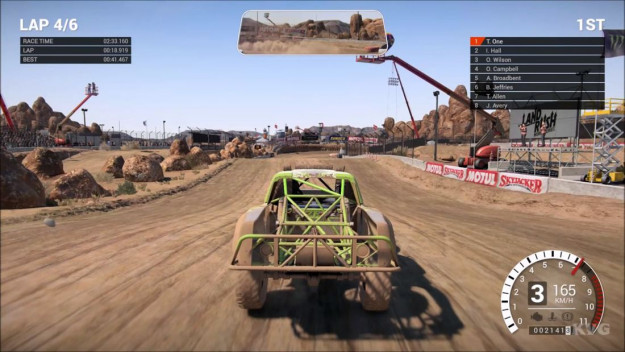 Stick in the Mud - Dirt 4 Review

Following last year’s well-received foray into the more serious side of rally racing, Dirt Rally, Codemasters is back this year with Dirt 4, the actual sequel to 2011’s Dirt 3. The numbered Dirt series has always been about the thrill and fun of racing rather than fawning over the more sim-ish aspects. They’re for folks who’d rather be smashing dune buggies off the track than those nailing down inch perfect time trial runs. As such Dirt 4 is a far more approachable game than Dirt Rally and one that delivers a fairly comprehensive and deep package for racing fans.

Dirt 4 is a game that has something for just about everyone who’s ever shown even a modicum of interest in slapping a 380 bhp engine onto a metal shack on wheels. There’s a huge variety of racing disciplines and vehicle classes on offer, a near limitless track selection and a heap of modes.

In Dirt 4 players have the choice between gamer and simulation handling, although in truth even arcade is hardly from the Burnout school of driving. You’ll still have to careful manage every aspect of car control to stay on the track, but overall it’s a more relaxed experience. This is a perfect choice if you just want to pick up and play Dirt 4, but if you’re in it for the long haul then simulation is the way to go. Even the slightest nudge on a hillock enough to send you tumbling through the air like Bambi on ice. Sometimes you really have to wrestle with the car to keep it on the track, your wheels bouncing down hard over bumps and scraping around gravel corners. With simulation controls, you have a lot more finesse afforded to you, but it’s also more difficult to master. This follows more down the route of Dirt Rally, and it’s the optimal choice for those looking for the most authentic experience.

This bleeds through to the rest of Dirt 4 as well,  and it’s an altogether more refined affair than you’d typically expect. The angsty music of previous Dirt’s is gone, and in truth, the vibe is much more in tune with Dirt Rally. This really worked in the simulation context, but in Dirt 4 it’s just a little, well, boring. I’ve always considered the Dirt series to be on the wackier side of simulation racing, yet Dirt 4 plays things a little too safe. The whole experience is a bit too beige for my tastes, with a series of bland menus taking me from event to event, with little spice to proceedings. It’s a bit tacky but I liked moving around my race trailer in Dirt 2, checking my messages, finding events or getting a new sponsorship. Dirt 4’s suspiciously lacking in this department. There’s an element of this in dirt 4, managing your own racing team, getting new members of staff and upgrading your vehicles. It’s decent enough on paper but it’s all handled through a series of increasingly dry menus that don’t have that Dirt gaudiness stamped all over them. 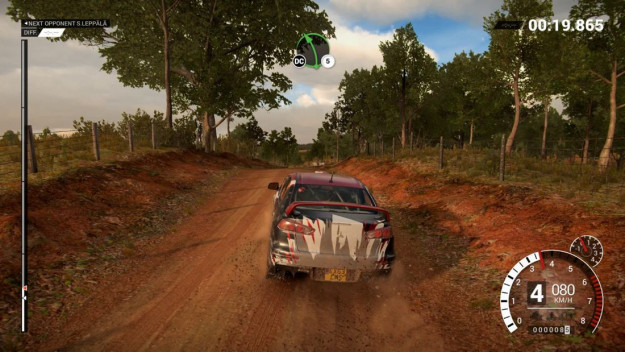 There are a total of five rallying locations in Dirt 4, with ‘millions of routes’ split across Australia, Wales, Sweden, Spain and Michigan. That claim may be the thorn in some fans’ sides though, with the millions of possible track permutations made possible through a complex track generator using a stock of pre-made titles. Over extended play you may begin to see specific parts of the track play out multiple times and the illusion can be lost a little, while there’s always the nagging sensation in me that a handcrafted track will always be superior to a procedurally generated alternative. By and large, they are great though, even if there’s little satisfaction in posting a time on a track no one else has ever played before.

It’s unfortunate as well that this bolted together track system appears to have a knock-on effect to pace notes as well. They’re often inaccurate and can send you hurtling off the track or slowing down far too much in comparison to both Dirt 3 and Dirt Rally, so I can only assume this has something to do with how the randomly generated elements are stitched together.

All in all, Dirt 4 is an undeniably fantastic racing experience wrapped up in a dull procession of events known as a career mode. At its absolute best it can be a white-knuckle thrill ride that hardcore racing fans would do well to give a try, but those after a more consistently adrenaline-filled arcade experience may want to look elsewhere.

As a huge dirt rally fan, I am very interested in this. Menus and team/career management, I couldn't care less (sorry Jon), I'm all about the driving and the cars :D.

Pretty good review. I'd only mention that the limitless tracks aren't as limitless as they seem, i've already memorized most tiles the generator uses, the only unpredictable thing are the elevation changes and towns/junctions. Unfortunate, most tiles are a combination of 2-4 corners each, as to make transitions easier, very noticeable to me. :( Worst of all, it tends to repeat a single triple corner tile up to 4 times per an 8 minute stage. D:

This sameness also makes career very hard to drive for me, even though i am used to grinding racing games, hi The Crew.

I love the dirt series but this game i was abit disappointed, my main issue was the lighting in the game, few levels it looks washed out/too bright but those levels when its cloudy or raining look alot better had this same issue with sniper elite 4

4 real. I mean lighting, you are supposed to concentrate on the damn road, not on the light. XD

yes, i know what to concentrate on but id also like a nice looking game, the previous dirt games were better, i dont want to race through washed out overbright tracks

You have a very demanding demeanor. Not bad, not bad at all. :)

A lovely written review. I appreciate the style & candor. When I get back into racing games, I'll give this one a look. Thx :)