Guardians of the Galaxy - Episode 1 Tangled Up In Blue Review 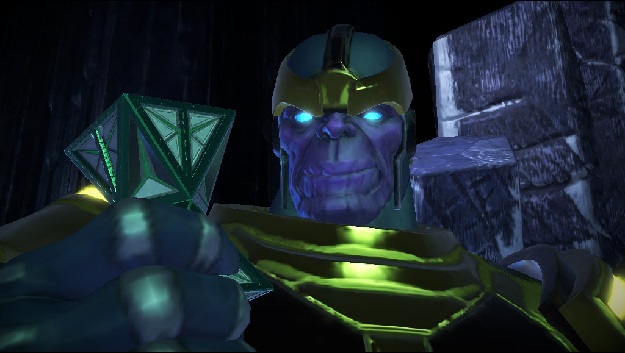 I Am Groot - Guardians of the Galaxy: The Telltale Series Episode 1 Review

Guardians of the Galaxy revolves around the stories of five people led by Peter Quill, also known as Star-Lord. GotG: Episode 1 - Tangled up in Blue revolves around their quest to stop Thanos, who is after the Eternity Forge, a little artifact that is the focal point of the series and the story of the assembled Guardians.

So being Star Lord, you are the one who has to hold your team together, and Telltale is always more than happy to leave you in a tight spot. After all, your ragtag team members tend to struggle with following the rules. For instance, Gamora and her sister were trained by Thanos and he is their father. Rocket has girlfriend issues whereas Drax only wants revenge. For a multicellular being, having a single purpose doesn't bode well.

Telltale games have their own signature feel and this one is no different, but after spending many an hour diving into The Walking Dead series and its overbearingly grim atmosphere, Guardians of the Galaxy proves to have a surprisingly lighthearted touch. The soundtrack and the general feel of the game are remarkably different and well executed; right from the menu, one feels eager to explore more of the game.

So the scenario is set, now put your brain to work. You can either be a ruthless Star Lord who works for bounties or you can portray yourself as a Liberator because you are true heroes. Heh, sure. You will need to forge alliances. For the cold-blooded, you may join the Collector and for the valiant, you have the Nova Corp. Thanos is actually the simple part, it is what comes after that and the souvenir you scavenge from him that will actually set the story in motion and make the upcoming episodes meaningful.

Or at least make Hala the Accuser chase you across the Galaxy. She's a funny old sport.

Telltale has put more emphasis in terms of action in this episode, especially at the beginning. Taking down Thanos isn't going to be just one man's mission, even if he is a Star Lord. The entire team will be involved in taking him down and the execution of these events is impeccable. The scenario is short lived, however, and this leads to the complaint every person who's played Telltale's games will have: There needs to be greater depth in certain scenarios. 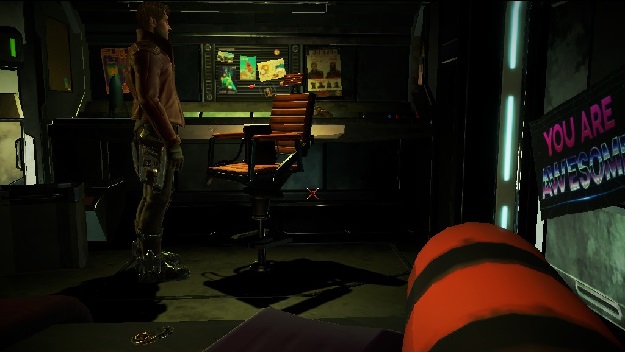 With that, it also has to be said there's a lot less suspense in this episode and the upcoming one. Rather than being fully linked, they are actually different story threads on each of the Guardians which all entwine with Peter, who has to play the role of the dear friend. It's predictable, I would say, and means less suspense overall.

Though it seems that the actual purpose of the Guardians is to take down Thanos, the story is actually linked with the Eternity Forge and so on. This episode serves the usual Telltale trick of getting the ball rolling, but it's not exciting enough on its own merit, rather a promise of things to come.

So it's action packed, but there's no suspense whatsoever? Wtf?

The scene with Thanos has team action and areas where you fly your spaceship etc.
I am talking suspense in terms of storyline, it doesn't have many twists and turns...

Saw the entire game on youtube. It's amusing enough.