Guardians of the Galaxy - Episode 2 Under Pressure Review 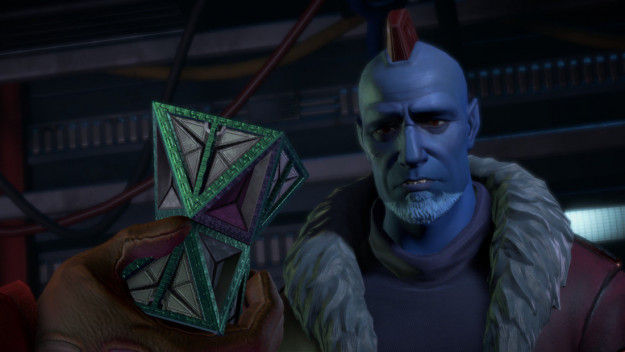 A Parting of Ways - Guardians of the Galaxy: The Telltale Series Episode 2 Review

The worst thing about managing a team is that you can't please everyone. The same applies to a person's daily life dealings; once you see the disappointed look on a team member's face, you become catatonic. Rethink, rethink and rethink. Was it the right decision?

Episode 2 of Guardians of the Galaxy splits in two directions, as a rift is created between two members of the Star Lord's team. This, of course, isn't your regular band of boy scouts as you well know. Even though the Guardians have been branded as heroes of the galaxy after their last battle, the team doesn't have a good relationship amongst themselves.

And here again, you see a typical element present in all Telltale games. It's their own signature branding. They will force you to contemplate and imagine what would have happened if you hadn't taken that other route, or kept a cooler head during a heated moment. While all Telltale's games are essentially linearly scripted with intertwining paths, it's easy to get curious as to what would happen if we were to go down an alternate route. This element of Telltale games ultimately increases their gameplay time. There are always one or two decisions one will always live to regret.

So coming to the storyline of Episode 2, it starts off after Peter has recovered from a critical wound thanks to the Eternity Forge. As I mentioned in my review of the first episode, the entire storyline will revolve around this artifact and cause Hala to chase you across the galaxy.

This particular episode's focal point is Rocket's story and his past. Upon seeing Peter alive after he believed him killed by Hala, he comes up with the idea that his dead girlfriend could be reawakened using the Eternity Forge. Telltale moves the player through Rocket's story and, Peter, being the leader, will have to stand alongside him, to comfort him and keep the ragtag group together, by hook or by crook.

You don't necessarily have to go down this route though, and it's here where we reach a major fork in the path. You can choose to ignore Rocket's girlfriend entirely and join Gamora, who insists that the Guardians immediately set forth to find her sister who is attacking the Nova Corp outpost. Now here we have different priorities and the player's in the centre. The storyline can go either way depending on which path you choose.

Taking down Thanos had brought the team to the precipice of self-destruction. Drax had gotten his revenge so his life became meaningless. Rocket had attained the fame he wanted and was considering ending his career on a high note. Gamora was still recovering from the fact that her father was killed. Meanwhile, Groot didn't even give a damn. Probably the smartest of them all.

So technically speaking, we will be exploring Rocket's past if you agree to it. After that, we will be going after Nebula and force her to divulge all info regarding the Eternity Forge. Peter wants to find out whether the visions he has been having are true and what the artifact's origins are. Even more pertinent - why was Thanos after it in the first place After all, Rocket's no ordinary Raccoon. His body has been genetically modified and subjected to a number of experiments. His girlfriend, however, wasn't so lucky. 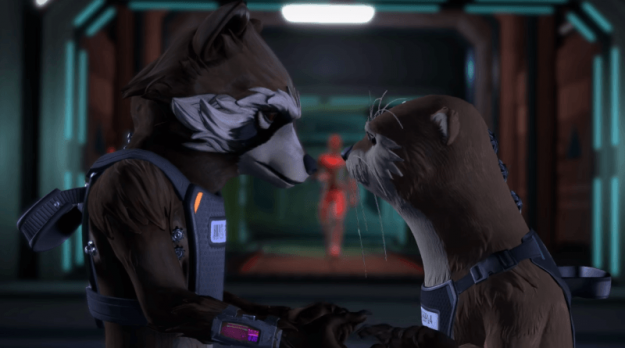 Episode 2 is more dialogue centric and compared to the first one it doesn't share the love of combat and team action. Rather, it narrows the focus to just two members of Guardians and keeping the team united until the end. I really feel that Telltale should have had more instances of team action rather than Quill doing everything himself and having a silly jab with the Nova Corp.

The storyline is really promising. It may seem to be focused on one person, Peter Quill, but the entire purpose here is to put the needs of your team before your own. That is technically what defines a leader, but in typical Telltale fashion, you can play the role otherwise as well. There is no stopping you.

Wrapping up, Under Pressure continues the Guardians' adventure quite nicely. It lacks a little of the thrilling action that peppered the first episode but compensates with a tighter storyline and good narrative. In short, this episode fulfils all the check marks of Telltale and is a fairly good time for Marvel fans.