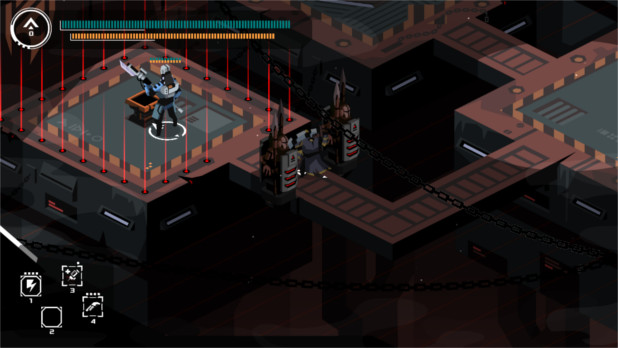 Why Do We Fall - Immortal Planet Review

We must learn to pick ourselves up after a fall. I had to repeat this in my head after countless unsuccessful attempts to defeat the Immortals. Maybe it is my lack of strategic thinking and the urge to take them head-on. Just because something is bigger than me, doesn't mean it's an even bigger menace. It'll just fall harder when I kill it.

In Immortal Planet, you are an Awakewalker who's woken up from cryo-sleep on an icy planet and at the start, the reason for this is unclear. It's only after you've taken down the first boss that you'll be briefed regarding your main goal by the Temple AI. But before that, you have to prove that you are worthy enough to be assigned that task.

Before you embark on your journey, you can choose from three different weapons and relics which will aid you in this quest. Weapons include the Swordspear, Assaultblade, and Shield Axe, whereas from relics you can choose to go with Ironspine, Bloodshot eyes or Lightfoot. All three from each category have their pros and cons, you can choose which suits you best in taking down your foes. In addition to that, as you progress in Immortal Planet you'll also acquire sidearms. A lightning bolt, a ceremonial pistol, and an Auto-injector which contains Immortal Blood to restore your health.

The most important aspect of Immortal Planet is its combat. It is inspired by the Souls approach and you'll find yourselves unsuccessful in many areas unless you have hands-on experience with this typical genre. While going head to head against your foes, you have to keep in mind two things - health and stamina, as per Souls. The first one is pretty generic but the actual problems are created by the second. Stamina limits the number of attacks that can be used without running out of energy, leaving yourself exposed. There's no possible way to take out a walker in one single attempt because of this. You could barge into them and throw them over the platform but how many times will this be possible?

This is where it gets strategic. You deliver three blows and your stamina runs out. Now back off before the opposing party strikes back. And then repeat the process. This is how you will progress in Immortal Planet. In a sense, you have to be like the Mongols. Run in, deliver a blow and flee. It takes a while to get the hang of this, particularly for a Souls-like newbie like me, and since it makes the overall progression of the game slow, it can be frustrating but not necessarily something that will lower the rating of the game.

Taking down Immortals will earn you points which can be used to level up at the crypto-pods. From increasing your strength to making yourself agile and working on your smarts, all are covered here. But keep in mind, as easy as it may sound, it isn't. If you die even once without using the points you accumulated in the game, then you are back to square one.

Another frustrating let down of Immortal Planet is its controls. Not everyone likes to go full guns blazing with the default controls and sadly they can't be changed in this game. Players have to go with the default controls and even with Jon's heroic wisdom, I couldn't find any files which could be used to rebind the controls. The game was designed to be played with a controller but a large number of folks will surely be playing with the traditional keyboard and mouse combo. Lack of customization is really perturbing, to say the least. 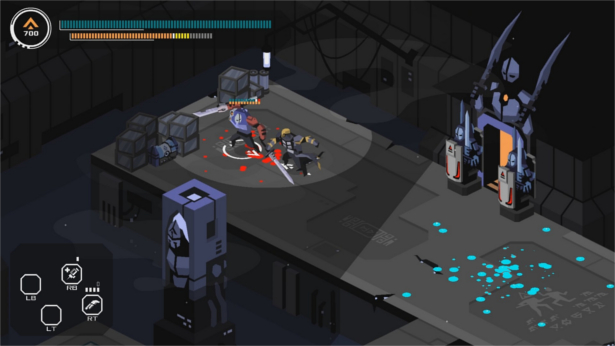 When you're not wrangling the controls, there's a lot of exploration to be done in Immortal Planet. As you journey from the temple to the prison side and further on, you will have to take on the same type of foes sometimes one on one and in other instances, they'll gang up on you. You have to keep your head intact and keep your stamina bar in your mind before you start delivering blows. Otherwise, you'll have to start your exploration again from your crypto-pod and all the folks you had eliminated earlier will be reborn.

As with all Souls genre games, you'll not know where you're headed and what you have to do. As I said earlier, only after the first boss is eliminated does the actual goal become apparent. But how do you get there? Where do we go to achieve the side tasks? There is no map, forcing the player to wander aimlessly here and there, as well as take on the Immortals. Good for those who like to slowly progress but bad for those who like to stick to the objectives and get things done quickly.

Immortal Planet is a fine game but the biggest complaint I have are the controls, which make it more frustrating than it actually is. It has strategic combat and slow progression with rage quitting moments as well as drawing inspiration from the Souls genre. If you're fine with the limited control customisation then do check out this game for a never ending hack and slash adventure.