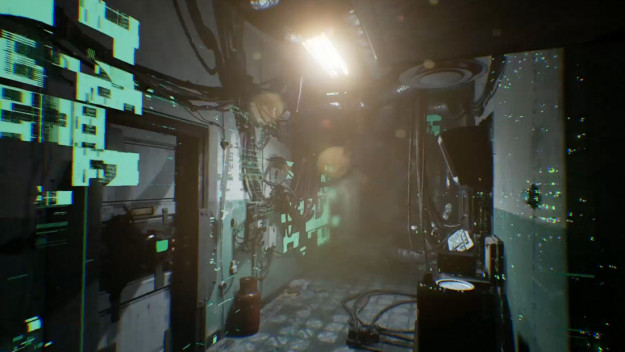 Written by Jon Sutton on Sun, Sep 24, 2017 2:06 PM
Observer
Where does Observer rank in the list of the most demanding games?
100+
Rate this game User Rating
What's your user review score for Observer?
6
Ok Not Ok Optimisation
How well optimised is Observer for PC? 0
0

Observer, from Bloober Team, they of Layers of Fear fame, is thematically as far removed as you could conceivably get from its creaking mansion and unsettling classical artwork. Yet for Observer’s dystopic cyberpunk leanings, which veers heavily into Blade Runner territory, it also builds on the haunted house thrill ride template laid down by Layers of Fear.

Daniel Lazarski is the chief protagonist of Observer, an aging detective who acts as a titular Observer. Working for the Chiron megacorp in Poland, these Observers can hack the minds of citizens, viewing their memories and experiencing their fears. It’s kind of like an over-invasive lie detector, one which the authorities use to control the populace in a fairly brutal fashion. It’s your usual, now cliche-ridden dystopian fare, with corporations ruling the world and a digital plague that wiped out much of the population.

Observer absolutely drips in style. It’s all glowing neon lighting, cramped hallways and dirty grubbiness we’ve come to expect from a near-future society fallen onto hard times. It’s caked in a Matrix-style artifactual overlay; code crawling across the screen, dirty rooms warping slightly as digital phenomena lace across. It’s an arresting style that’s pure Blade Runner, and there’s no denying Observer looks gorgeous despite its grim aesthetic. Despite this, I often found the effects a little overwhelming, an experience I haven’t really had in many games. At some points, it even managed to make me feel a little quesy, a sensation that turned me away from the game and ended up making me feel forced to play it. Despite this the core themes of Observer helped pull me through what essentially amounts of a walking simulator, to pluck from an oft-derisory term.

The core of Observer stems from taking Batman: Arkham’s detective mode and running with it. For the most part, Lazarski is plodding around a giant tenement block. It’s hideously run down; a network of tunnels, cramped rooms and grisly murder scenes. He’s got a message from his son who he hasn’t seen in years, tracking it down to this block where all is not as it seems. Before long a lockdown is put in place on the apartment block, leaving Lazarski stranded, meeting the many denizens while uncovering a gruesome array of corpses. For the most part, you’re on own, much of Observer’s narrative taking place over intercom systems, residents refusing to leave their rooms and speak to an Observer face to face. They all add a surprising amount of immersion to Observer’s environment, providing the impression of a lived-in environment while it’s already crumbling down around you. They’re all trying to eke an existence in this squalor, including terrified families, junkies, and loners. 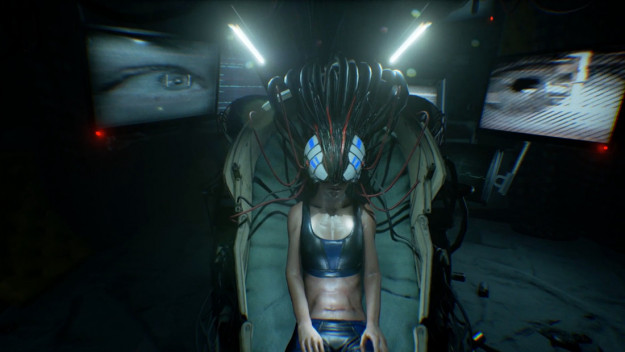 The apartment block itself is a character all of its own, packing many dark secrets and sending you backward and forwards through its many rooms and floors, gleaning new meaning from previous areas while desperately trying to grope for where to head next. Scattered throughout you’ll find crime scenes that can be scanned and evidence analysed. It’s also here where you can use your Observer skills, dropping into people’s minds, memories, and nightmares. They’re surreal, sometimes terrifying experiences that shape your way through the narrative.

Overall Observer is good at what it does, but it’s not the sort of place I overly enjoyed being in. Rather than pelting headlong down the horror route, it straddles an awkward thriller line that didn’t overly entice me. At no point was I desperate to boot it up and find out what happened next, no doubt partly due to the busy, often dizzying art style that made me feel like I was sat in the back of a hot car on a long journey. For those after a narrative driven, cyberpunk fix Observer certainly fills a hole though, provided you can deal with yet another take on technologies potential impact on humanity.

Wow, I actually thought this was one of the better story games of the year. I haven't played, but I enjoyed watching it and it felt like a true film. The game is profound and gives a message that many of the modern games simply lack. I think it deserves a little bit more appreciation.

Cool review. Feels bad to see that the art style contradicts the game's atmosphere. Judging from the premise, it feels like I've already played this game. Just some things are changed here and there

the biggest CON for me was that certain "spooky" passages just went on and on without any emotional build up, which felt kinda hit and miss in certain aspects. The biggest PRO is that the game doesnt hold your hand with the story and you have to get the meaning of everything yourself. This felt rewarding and felt nice that the game didnt took you for a 3yo for once ^^ (wont play again, but i dont regret playing it 7.25/10)

but hey what did you expect for a game released in 1970?
https://s26.postimg.org/4eh9q2ivt/loooool.png