The Evil Within 2 Review 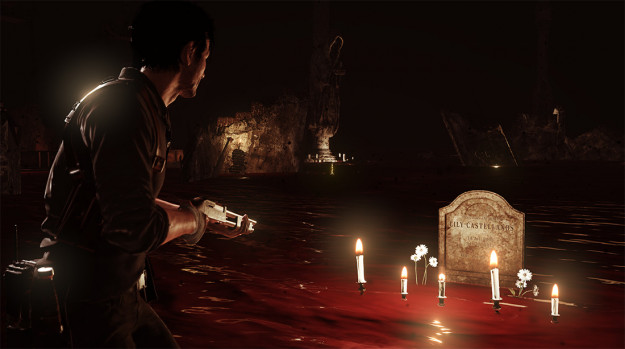 Relive the Nightmare - The Evil Within 2 Review

The Evil Within is one of those games which has always been dealt an unfair hand. The consensus surrounding any discussion of it seems to be that it’s a bad game, but those who gave it a fair shot likely came to the conclusion it was anything but. The Evil Within 2 is more of the same, for better or worse, but with enough tweaks and general quality of life improvements to help see it over the finish line.

For returning players who were bamboozled by the plot, and newbies alike, The Evil within 2 thankfully does a great job of both catching you up on the narrative and serving as enough of a reset to make previous knowledge non-essential. Detective Sebastian Castellanos is back in the driving seat. Now a grizzled alcoholic, Max Payne-style, Castellanos is struggling to come to terms with MOBIUS and its STEM project, which led to the disappearance of his daughter. MOBIUS want him back in the nightmarish STEM world for whatever reason, while Castellanos is eager to get in there and save his daughter. Their objectives are conveniently entwined, prompting another warped trek The Evil Within 2’s ever-changing world. The narrative never amounts to anything special but it is at least a clear, concise reason for the coming events.

Probably the biggest chance to The Evil Within 2’s dynamic is the addition of pseudo open-world hub areas. These exploratory segments link together more traditional linear horror sections, breaking up the pace and giving players a chance to poke around a bit and make discoveries off the beaten track. You’ll still need your wits about you though as these areas are still crawling with horrific enemies, but rewards for your exploits can be found just about anywhere. That includes the token green goo for character upgrades, but also vital ammunition, supplies, and even new weapons to help with the mission ahead. 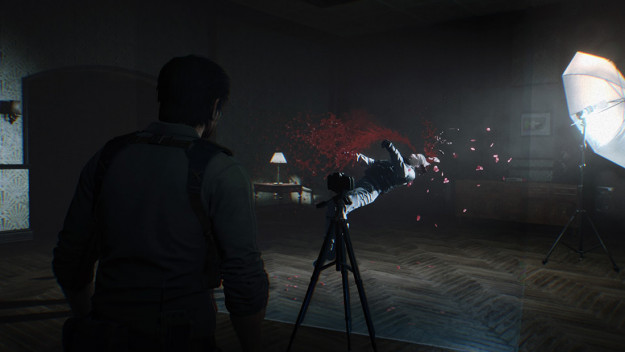 These hub worlds aren’t massive, more akin to Dishonored 2’s Karnaca, and like its Bethesda sibling, dotted about are various little quests and collectables. You’re often to free to ignore all this entirely, but completing these can help further down the line with upgrades. They’re also easier and much less scary than the linear segments; open design meaning quick getaways from sticky situations are potentially a little too easy.

Away from the hub areas, The Evil Within 2 slinks back the series usual rhythm. A glorified carnival fun ride at heart, it delights in being deceptive. The manipulation of reality means nothing is taken for granted. Returning through that door you just came through might take you to an all-new area. A seemingly safe room could drag you down into the darkness with bloodied arms when you turn around. The level design warps and shifts around the player, amplifying the feeling of dread as you wonder what trick is up Tango’s sleeve next.

Throughout all this though, The Evil Within 2 remains cohesive. It’s always clear where to go next, and the token boss battles are liberally sprinkled throughout. As with the original, these are a mixture of chase sequences and actual showdowns. The climactic battles are rarely solved with a hail of bullets though. Most of TEW2’s bosses are taken down with unique mechanics, such as luring them into oil slicks to light them on fire or, in one memorable instance, I’m pretty sure I managed to sneak past a boss entirely. It all lends itself to The Evil Within 2’s renewed sense of choice. Tango was eager to harp on with the original that there was multiple ways to get about things, but ultimately there was a set way to go about things. Evil Within 2’s non-linear design and stronger combat systems means there’s always a choice between laying traps, sneaking around, or heading with a hail of bullets and explosive crossbow bolts. 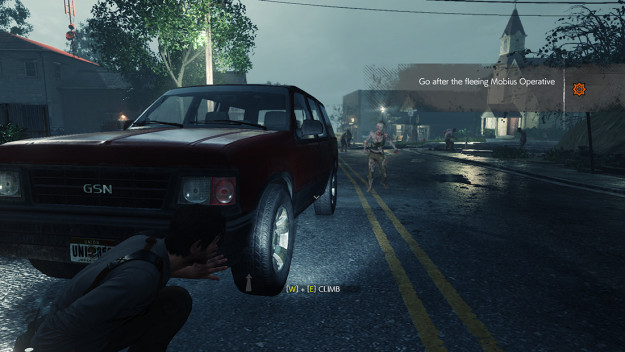 With The Evil Within 2, Tango Gameworks hasn’t exactly reinvented the wheel, but it has strapped four to a chassis and an engine, letting it roar in the process. For those who didn’t see eye to eye with the original, for whatever reason, there seems little reason the sequel should change your perception. It’s a Resident Evil 4 successor through and through, one with consistently inventful world design and a delightfully twisted approach to horror. The Evil within 2 doesn’t feed on jump scares, but a consistent barrage of shock tactics and body horror. It makes for grim viewing, such as one early scene in which a mother is force-feeding her son innards until he chokes to death on it, before repeatedly bashing his skull against the kitchen table.

The Evil Within 2 is definitively better than the original. An already great horror game has been refined and expanded, offering just the right balance between overwhelming oppressiveness and a satisfying fight for survival. It’s another love letter to fans of Resident Evil 4.

Gonna play this game after shadow of war. Damn too many good games this month. Ive still got south park to play and assassins creed about to come out. No wonder i cant even go to the gym anymore

Its not one of the best horror games i have played since all of them belong to ps1/ps2 era but its good and better than the first one.

Finished it today and damn,it is one of the best games I played this year.Yes,the optimization could have better and the dialogues more detailed,but it's still a very good game.

I must agree with you found it very easy and more like 5 6 resident evils the first one its still my favorite but still a good sequel.