Batman: The Enemy Within - A Telltale Game Series Review 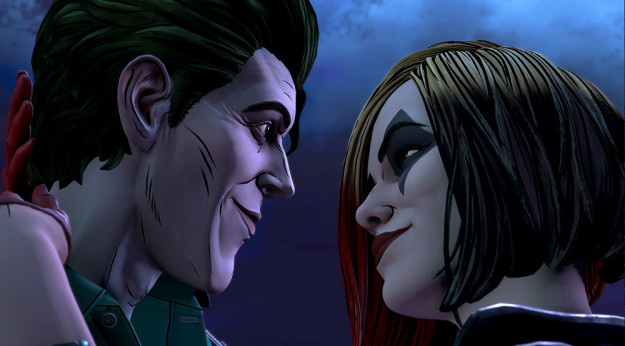 Why So Seriously Short? - Batman: Enemy Within Episode 4 Review

There are times Telltale wants you to think that you are in your own fantasy world when you're playing one of their games. But then they remind you of the harsh reality you're actually living in.

Warning: Spoilers from the previous episode ahead in the review. Proceed with caution.

In the previous episode, Harley managed to find the mole within the Pact who had been giving out secret information to the agency. Well, you can pretty much imagine what she would have done to the person there and then. They then proceed with full guns blazing to get the virus from the Agency's secret lab. The bloodbath ensued and half the workers of the facility are nothing but corpses. I particularly enjoyed taking on Mr. Freeze and Bane and winning this encounter. Sweet revenge on Bane for flooring me last time, the garble-mouthed fool.

The execution of this episode is particularly interesting in my opinion. Telltale has kept a dynamic approach throughout this series: Episode 1 started off with a fight with the Riddler and this time we have a battle between the Pact and the Agency. But then it slowly transitions towards Bruce's personal life, where he has to comfort Alfred, his longtime partner-in-crime, and he has to keep Tiffany in the loop about his principles.

If I can be so bold as to make a prediction about a Telltale game, it lays the groundwork for Tiffany and Batman potentially playing the role of the dynamic duo in the last episode.

So basically it's not a war movie but actually a thriller. This episode focuses particularly on one character: John Doe. Regardless of his past and what he's been doing with the Pact, John respects Bruce. That is, assuming you kept a good relationship with him over the previous episodes and consider him a very good friend. Bruce's opinion influenced his personality in the last three episodes and whether it was for the good or bad, you'll find out here.

In essence, the story is meant to revolve around Doe and how Bruce will play the role of a psychologist in his life. It's a make and break situation whether you realize it or not. John and Bruce shared a lot together in Arkham and whether you will take that into consideration while deciding your options with him is what'll make the difference. In essence, it will make a difference in not only his life but the lives of many, many others. Choose carefully.

With that chapter being opened and closed at the same time, Batman will also come to face to face with the diabolical plans of the Agency. Whether you trusted Waller from the start or thought she was rogue, it will all become clear now. This episode actually feels like it's just starting off the season yet it's the penultimate episode, the series taking a while to kick up the gears. I'm actually wondering how they're going conclude it all now. 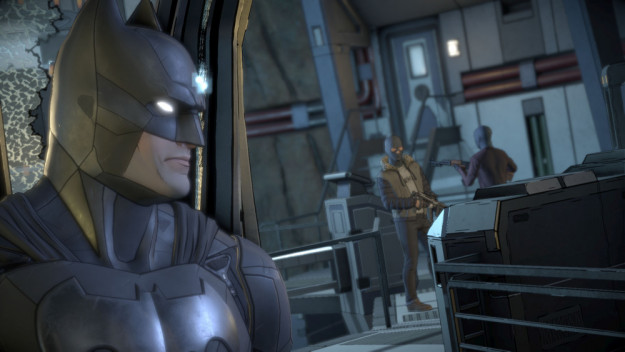 So that part above pretty much highlights the good storytelling which is a pivotal part of any Telltale game. It is what gives them their signature feel. But again like all Telltale games, it feels too short. Maybe it's the episodic nature of Telltale games which I don't prefer to be honest. They took around two months for this episode and it took me around 1.8 hours to finish it off. And unlike the second episode where I actually felt bad about a particular decision at the end, it's not the case this time. I am pretty sure the majority of you who will play this episode will feel the same way.

In short, Episode 4 - "What Ails You", has a pretty amazing start and an excellent narrative throughline when it comes to dealing with John Doe. We have pretty much explored our relationships with Gordon, Amanda Waller, Selina, Avesta, and John so far in this season but it's prime time that we got to know more about the man under the hood. Bruce's personal life has zero portrayal. All in all, it's a nice but really, really short adventure, an increasingly common occurance for Telltale Games.

Took them 3 months for this episode...