Close to the Sun Review 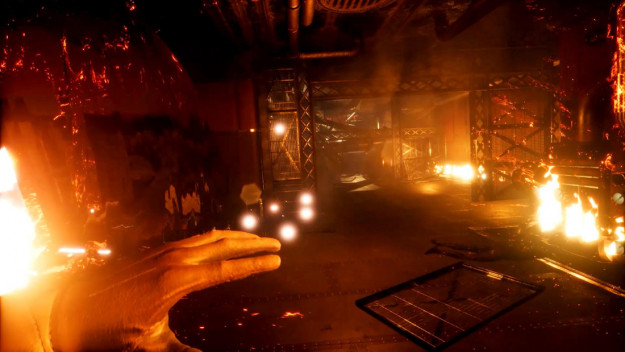 Eek-arus - Close to the Sun Review

Some games wear their lineage proudly on their sleeves. Close to the Sun is just such a game. Italian developer Storm in a Teacup may have no ties to BioShock, but it’s clear as day that they while many any hour away lost in Rapture.

In that sense, the setup for Close to the Sun is eerily familiar. Set aboard a colossal vessel known as Helios, created by Nikola Tesla on less, this hulking metal husk stranded in international waters serves as a melting pot for the world’s greatest scientific minds to convene. Or, at least, it did. The year is 1897 and Rose Archer is about to board the Helios in the hunt for her missing sister Ada.

If Rapture and Columbia have taught us anything though, it’s that all mad scientist projects to sequester the elite away are doomed to violent failure. Not a scientist in the world can make a single great scientific discovery without letting it go to their head and becoming a throwaway Bond villain. That’s what games have always taught me, at least, which explains my GCSE results.

A quarantine has been enforced and the ship is now basically entirely deserted. What follows is an often confounding traipse through some gloriously realised environments, a horror adventure ghost train in which you’re here to take in the sights and discover just what happened to Ada.

Close to the Sun features familiar source material then, blending gorgeous art nouveau architecture with some fairly lofty narrative-driven horror roping in all sorts of references to Greek mythology. Thematically and aesthetically it calls to mind BioShock, while the thrust of the gameplay owes more to the likes of Layers of Fear and SOMA. The plot’s engaging enough, if a little meandering, although don’t go expecting a wholly satisfactory conclusion.

Most importantly for a game such as this, Close to the Sun does bring the horror. It’s not a pant-wetting experience but it can certainly be unsettling. Scares are well-paced, at least in the earlier stages, and it’s enough to keep you on your toes.

Unfortunately, Close to the Sun isn’t entirely without blemishes. No doubt the developers will be keen to avoid the term ‘walking simulator’, but it’s pretty much the genre it sticks to. I wasn’t a huge fan at all of Layers of Fear’s jump-scare-driven rollercoaster that pitted the player as someone mere along for the ride, just enjoying the spectacle. Close to the Sun isn't an entirely different proposition.

Where the likes of Layers of Fear pulled away from the threat of death (somewhat too brazenly, removing the fear factor necessary for strong horror), Close to the Sun leans in with chase sequences and stealth sections. Failing these is frustrating more than anything though, and these can just become a trial and error situation of finding the correct route. You’ll rarely die in Close to the Sun, but when you do it’s never fun and not exactly a satisfying learning process. It boils down to the core mechanics of Close to the Sun, which are inherently basic. As with any title with horror aspirations, the terror can all too swiftly fade as the scares roll by and you begin to see through the developer’s tricks.

Likewise, Close to the Sun has precious few interactive elements. It’s a gloriously detailed horror adventure but one that’s detached and inert. You’re the actor on a stage and there aren’t any opportunities to go off-script. When a game so heavily calls to mind BioShock, a game with light immersive sim elements and complex, involved environments, it leaves Close to the Sun’s moment to moment gameplay feeling threadbare and, unfortunately, a little dull.

There are small dribs and drabs you can mess around with of course, including some very light puzzle solving. It’s very much use this code on this lock though, rather than using your environmental nous. To that end, it felt as if I was wandering around a glorified movie set. 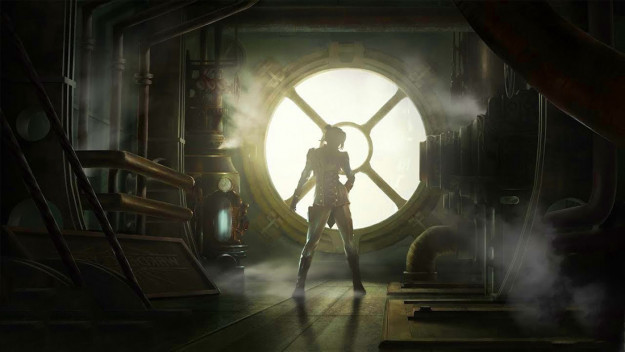 Still, what a movie set it is though. It may come as a little surprise to hear this but Close to the Sun is an absolutely fantastic looking game. If you’re going to just wander about somewhere, at least it’s easy (if a little bloody) on the eye. The Helios is that eye-sizzling mix of high decor, bustling machinery, and the reek of death. Each of the ten or so stages have been lavished with incredible detail, and it’s that which proves the propelling force through Close to the Sun. There’s the missing sister, of course, but it plays second fiddle to the grisly environs and paranormal scores. Just poking around is where the joy can be found, finding hastily scribbled notes, scenes of struggles, and ghostly apparitions acting out past events.

Close to the Sun is a game with its fair share of issues then, although many of these are part and parcel of the genre. Beneath the limited interactions and one-note gameplay does lurk an engrossing thrill ride. It's unlikely to live with you long after you play it but it is a gorgeous, sometimes terrifying adventure that does enough to make it a ride worth riding for horror adventure fans.

One look at Close to the Sun and you’ll have a fairly clear picture of whether it’s for you or not. Despite its lofty ideas and immersive environments, Close to the Sun is a fairly lightweight adventure that trades on creeping scores and an intoxicating aura of mystery. There’s nothing to grapple onto that really elevates it above this. That's not to say this is an average game, it's a stronger experience than that, it just struggles to pull itself into the echelons of must-play territory. For horror fans, that could well be enough though, and it’s an engaging enough time but not one that necessarily sticks after the credits roll.

“Still have this site in my bookmarks bar, out of habit I still click it once a week, too bad :(” - Virate

“I'm impressed, I must say. Very rarely do I come across a blog thats both informative and entertaini...” - mairamk033

“ I really appreciate this wonderful post that you have provided for us. I assure this would be benef...” - leena1

8 is excellent, 9 exceptional and 10 is outstanding.

This ain't IGN. 7 doesn't stand for do not bother, it's an actual 1 to 10 scale, but I understand the confusion.

IGN and their scores lol....

Yeah Great is not the correct written descriptor. I will update the levels

If I could give my 2 cents, replace outstanding or exceptional because they're essentially the same thing.

appreciated. Will take a look