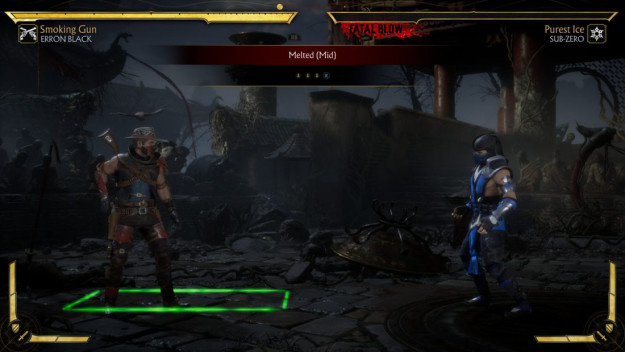 I’ll lead with a tiny disclaimer. I have absolutely miniscule experience with fighting games. I used to mess around with the old Street Fighters, Tekken, Fighters Destiny, Soul Calibur, and yes, Mortal Kombat, back in my youth, but they quickly faded into the background once I got my hands on meatier games. This is a Mortal Kombat 11 review from a total newbie, basically, coming in fresh after years away from the fighting game scene, bar some light dabbling.

First and foremost, NetherRealm Studios has long made a name for itself in offering some of the most content-rich fighting games around. Much of the competition, Street Fighter V in particular, are very lightweight in terms of content outside the competitive multiplayer modes. There are no such concerns in Mortal Kombat 11, a fighting game packed with a ton of content to sink your teeth into depending on how you’re feeling.

Most importantly, for wimpy fighting game scrubs like myself, MK11 features a pretty fantastic tutorial mode. Talking about tutorials sounds a little boring on paper, but this is comfortably the best, most exhaustive tutorial I’ve ever seen in a fighting game. There’s a tutorial for just about everything, from the basics right up frame data, position, pressure, combos, dash cancels, and flawless blocks. You name it, you can learn about it in a refreshingly in-depth and engrossing tutorial. It’s not a one-way ticket to becoming a master, for sure, but it provides the best helping hand I’ve seen yet in terms of elevating a player from button-masher to a considered brawler. That skill gap between knowing nothing and knowing enough has often held fighting games back, but here’s your best ‘in’. Not only that, but you also get rewarded with a few goodies for your time which can be spent in the Krypt. More on that later.

You could feasibly spend a ton of time in the tutorial area just messing around, but there’s no better way to lock what you’ve learned in, than putting it into action. With the tutorial out of the way, solo players will find themselves an absolutely MENTAL six-hour or so story mode to work through. The big villain this time is Kronika, who’s found a way to rewrite and cause all sorts of carnage. I won’t even try to explain this one, but suffice to say Mortal Kombat 11 has apparently built up quite the library of lore. It’s like dissecting the Silmarillion in here. The days of it being a nice, simple fighting tournament with a spot of spine-ripping are long gone. There’s time-traveling madness, backstabbing, and characters meeting themselves. It’s a bit of a glorious mess, to be honest, although it did grip me in much the same as Mandy, if you’ve seen that, and it’s always an intriguing proposition to see what absurdity is right around the corner. It zips along at a fair old pace, switching playable characters as you whip through the roster from bout to bout. The campaign certainly isn’t the best place to learn how to play but it is bloody (and bloody) good fun.

MK11’s story mode is a solid time then, although it’s not the sort of mode that’ll keep you playing for the long term. Thankfully, that’s just where Mortal Kombat 11 gets started. Progress around this point largely revolves around the Krypt, a giant area to explore in third-person with tons of chests to open amd plenty of light exploration thanks to secret passages, hidden levers, and trap-filled passageways. Each of the chests costs a certain number of Koins to open, and inside you’ll find all sorts of currencies, cosmetics, and even new Fatalities. The randomised nature does mean that a lot of the time the contents aren’t all the interesting, but it’s certainly an entertaining diversion to explore the place and spend your hard-earned cash. 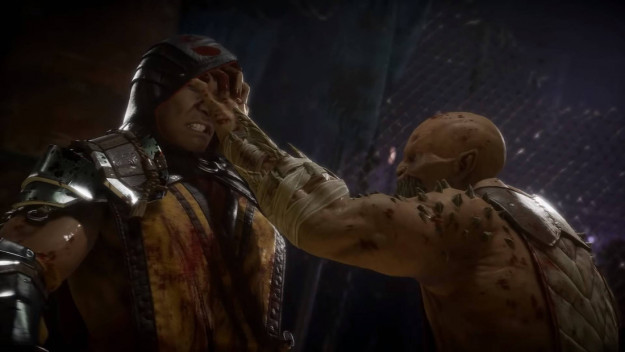 Which brings us to those currencies that can be earned. Everything you ever do in the Krypt requires in-game money to unlock. Just about everything you do in Mortal Kombat 11 earns you varying currencies, whether that’s tutorials, the Towers of Time (escalating fights up floors of a tower with fight modifiers enabled), or online multiplayer. This then feeds back into the Krypt, where more unlocks can be earned. There’s been a ton of criticism about this element, particularly the grind that’s required if players want to unlock everything, particularly the better chests which unlock with hearts. NRS has patched MK11 multiple times since launch to try and improve the earn rate, although it can still become a grind if that’s your core focus.

Unlocking everything will take a great amount of time, although I’m personally of the opinion that it’s no big deal. There’s always something to work towards, and I’ve found the Krypt is just something neat to check into now and again in order to pick up a few rewards. Keep playing, keep beating challenges, and the rewards do come. Of course, those who aren’t time rich and want the contents immediately can splash out on microtransactions. I feel this would detract from an enjoyable portion of the game that actually encouraged me more towards online fights and tackling the Towers. But, it’s also easy to see the Krypt, the potential grind, and the microtransactions, and come to the conclusion NetherRealm is actively trying to nickel and dime the players. You’ll know where you stand on this one, although I haven’t personally found it overly egregious.

Once you get these goodies from the Krpyt though, there’s a fantastically deep level of customisation for each fighter. From alternate skins to unlockable abilities, special gear, intros, and even the ability to tweak character behaviour for AI. There’s a ton of stuff to just mess around with, although it can be problematic if you’re after new bits for any mains you may have. Random loot’s gonna random.

But what about the most important thing of all - the fighting. As I said at the start, fighting games haven’t really been my thing for a while. They still aren’t, truthfully, but Mortal Kombat 11 has certainly proven an eye-opening attempt at how to do it right. With a few key moves under my belt, fights were every bit as brutal as you’ve come to expect from Mortal Kombat. Compared to some games I’ve messed around with, Mortal Kombat 11 is relatively pick-up-and-play fun, particularly after busting through the tutorial. It’s punchy, nicely paced, and feels rewarding due to the insane array of Fatalities, X-ray movies, and Fata Blows. The finer points will no doubt be lost on me, but it does feel pretty damned satisfying once you can piece together the flow of a fight and learn to counter an opponent. 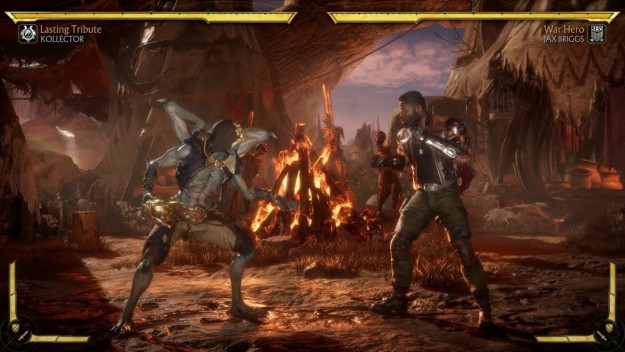 As you'd expect, the Fatalities are incredibly gruesome and usually equally hilarious. I can only imagine what the storyboarding sessions are like for these things, but it feels like there is an endless quantity of them, each more ridiculous than the last.

All in all, Mortal Kombat 11 is a great package, and nicely fleshed out with a ton of content and modes for both the casual fighting game players like myself and the hardcore community who want to get stuck into the online battling. The heavy involvement of microtransactions can be an annoyance, for sure, but there's more than enough to get busy with to help beat the grind.

Denuvo and MTX have really soured MK 11 for me on PC.

Microtransactions
Splain How Homer? are you saying that in the gaME there is pay to play?? i cant imagine anything more repulsive