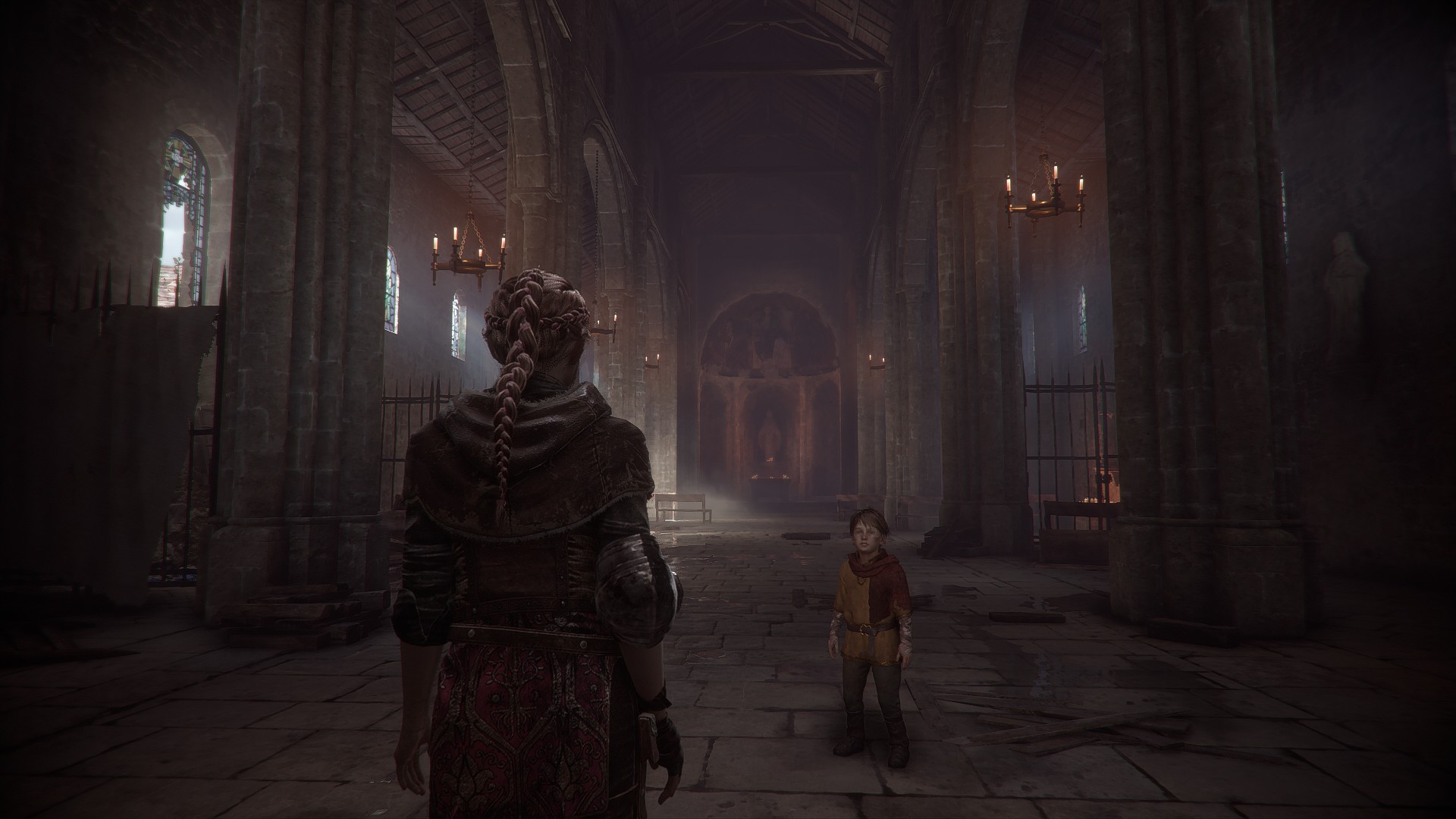 Innocence is the beginning of a plague tale. Young siblings were cast off by unfortunate events in 1348 and are constantly in danger of a plague. Amicia and her half aged brother Hugo from de Rune family have become the target of the most evil they intend to avoid. However, the story of two gets more complicated as they must fight these enemies till the end.

Game is story driven with lots of cut scenes and dialogues in between, heavily based on stealth rather than combat which is streamlined into using sling as a main weapon and alchemy as essential additions. Amicia is able to craft these potions on the go while upgrading her weapon and equipment only at the crafting table found throughout each section of game.

Beautifully romanticized tale of evil versus good which is accompanied by great fully voiced performances, new characters giving it the proper spice of feel for believability. It spans to 1349 over the course of chapters towards the end. Game has got real fantasy features, like bloodthirsty rats, secret magic and seems to be set in realistic world. Details of pictures and symbols on the walls are also serving the story purpose, collectibles adding up to the educational level towards historical and factual grounds.

3rd person view. Female protagonist. More than a dozen of linear chapters with side roads for achievements and collectibles. There is so much loot all the time, essentially making each situation solvable. Puzzles are rather easy, in any case you have got enough time to think of them, no pressure. Enemies are mostly pretty passive or walking predictable paths with various options to distract or eliminate them. In case of disturbing enemies, there is fast action and movement required. There is no pacifist approach to most situations, making you lose the innocence in the process. However, Amicia leading her brother is teaching him something useful as well. Your inventory items and their respective recipes are being unlocked as you proceed, they are limited by maximum amount which can be improved by crafting bigger backpacks.

I was looking under each stone besides the first chapter, while avoiding dangers I missed 11 achievements. I could find more flowers, gifts and even more peculiarities. To collect them all might be the reason to play the second time because otherwise the story and approach would be the same, unless maybe taking out more enemies and discovering interesting side stories.

Colorful and shadowy environments contrast each other. Sometimes blurry, sometimes very sharp. Daylight giving you chills, nighttime feeding you horrors. The stories are also much more lighthearted once the sun is up, stumbling across the dark areas filled with more scruples to overcome.

It is rather dynamic, emotional, mostly in the melancholic background, supporting storytelling and indicating something happening during moments.

It ran very smooth and probably even lower range gaming PCs might run this.

9/10 Approachable adventure with kids and rich fantasy story with curses, easy puzzles requiring a little bit of patience, your companions will indicate solutions for you, linear world reminded me of Metro Last Light, enough space for running around and collecting interesting objects, beautiful atmosphere, smooth performance.