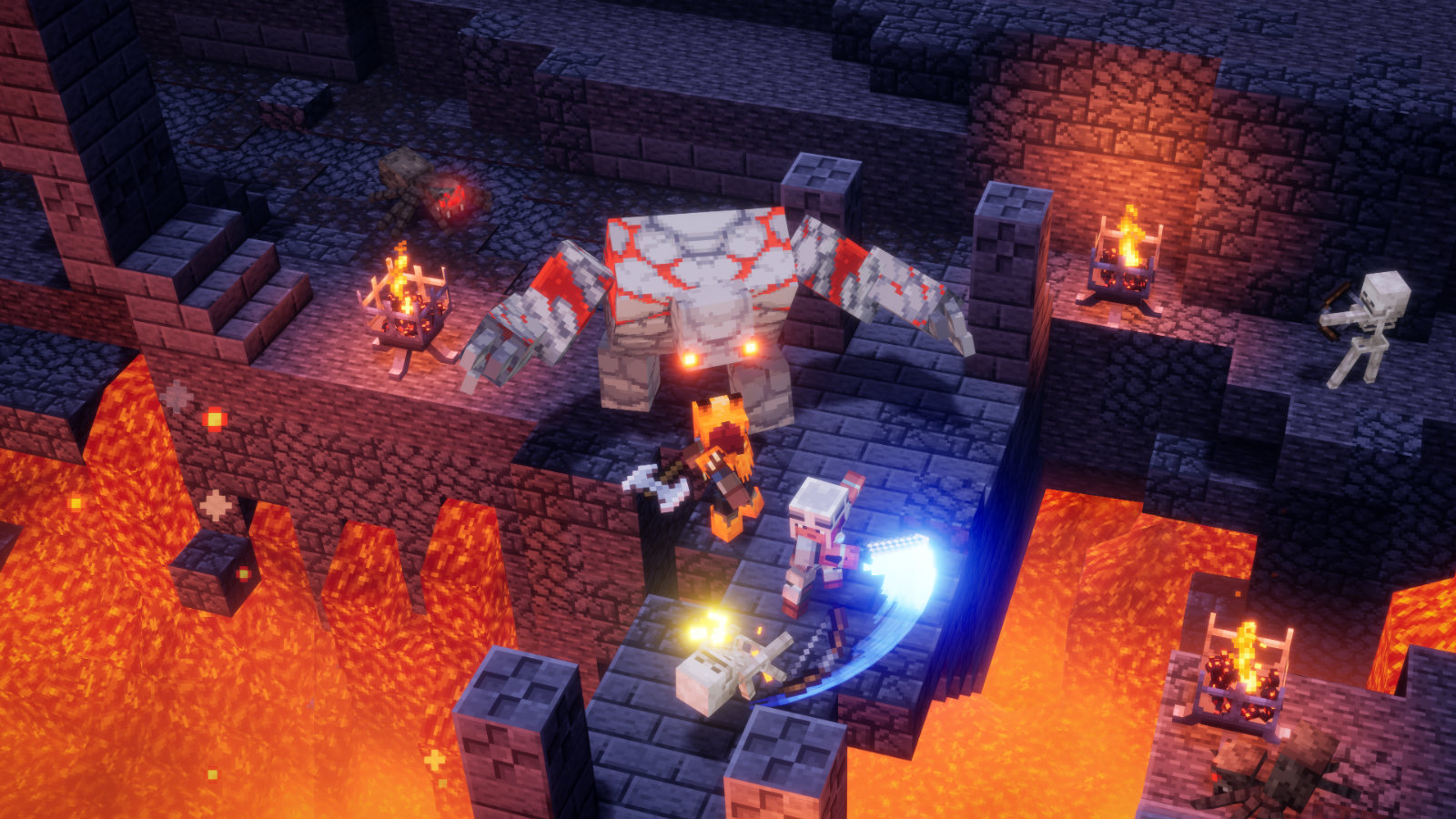 There’s a certain charm when it comes to Minecraft, a simple yet brilliantly open world where your vast imagination is the only limit you can reach, so hearing that a spin-off was in the works for a dungeon crawler-style roguelite was quite surprising. And it's weird playing a Minecraft game that doesn't involve any mining or crafting. Nevertheless, Minecraft Dungeons rarely fails to disappoint on the fun factor, and that's the most important part.

Whilst it may not have the complexity or depth of many other action RPGs, the appeal of Dungeons comes from it’s simplistic yet deeply entertaining and easy to jump into play sessions. Go solo or with some friends and you’re going to have some fun regardless. The story is… well, it’s a story set in the Minecraft universe. It’s not dark nor does it touch on any mature themes, it’s a classic story of a bad guy who wants to take over the world, but with an added dash of that Mojang charm. It’s short, but sweet, with all the room in the blocky world for more content in the future.

It goes without saying that any game in the dungeon crawler/roguelike genre that the combat is where you’ll be spending the most amount of time, and Minecraft Dungeons makes sure that the combat is slick, responsive, but also entirely accessible. There are no predefined classes, your skills and abilities will come from the weapons, armor and artifacts you find in the world. Levelling up grants you enchantment points to spend on your gear (not the artifacts), which can unlock interesting and unique abilities. The most fun you’ll have is when discovering certain abilities that can synergise together in spectacular form, which can make for some truly engaging combat situations. 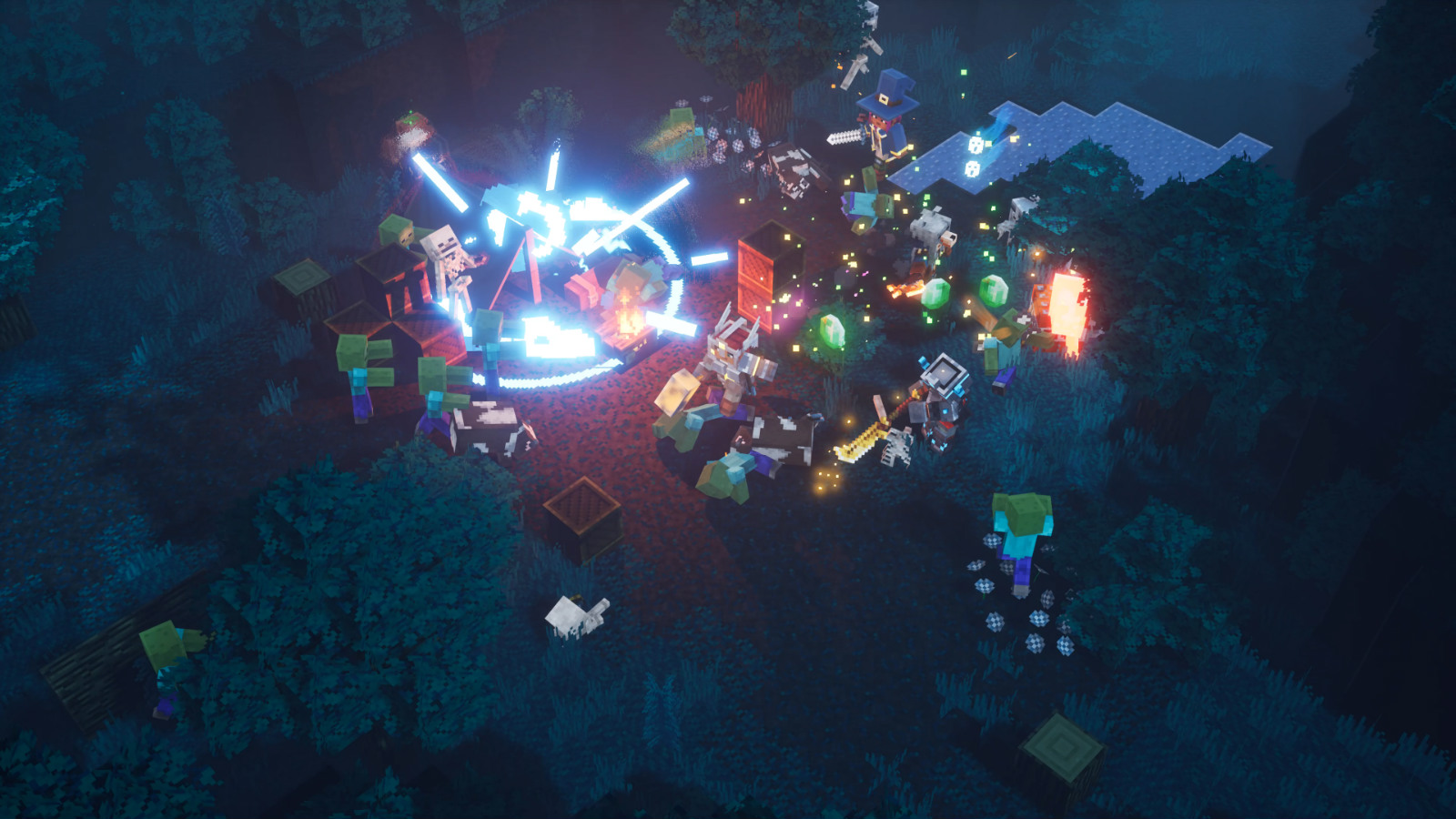 And the best part is how accessible everything is here, as you don’t have to worry about losing precious progress when finding new loot since breaking down your old items will salvage whatever enchantment points you spent on them, giving you complete freedom to mix and match at your choosing.

Levels are semi-procedurally generated, as only certain parts of the map will be handcrafted for storytelling purposes, and each dungeon you enter has one clear goal but a myriad of options to explore past the beaten path. There are plenty of secrets and hidden areas to find, with many opportunities for veterans to seek out even more mysterious secrets once you’ve progressed far enough with the right loot and abilities. 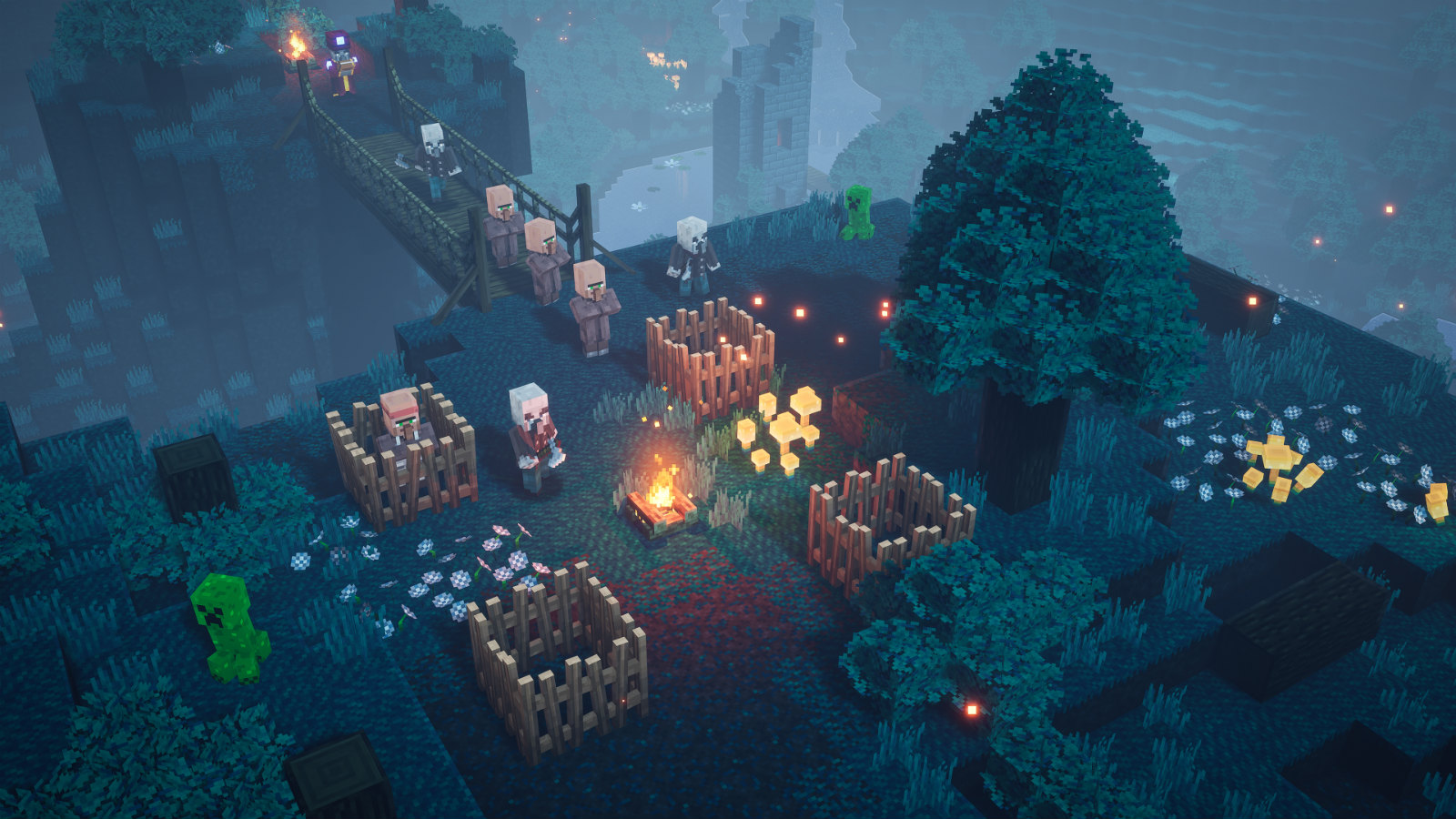 It's not the most challenging game you'll play, most encounters are pretty easy, but there's a good amount of difficulty adjustments that means you can always tweak the kind of challenges you'll face. A generous amount of healing items coupled with 3 extra lives every level make sure that you'll never be pulling your hair out, but there is a decent amount of strategy involved that playing recklessly can end your run pretty quickly.

Multiplayer is a lot of fun too, I didn’t get to play much, but the fact that Minecraft Dungeons caters to all number of players is great, solo feels just as fun as co-op, and it’s one of the rare games I can recall in modern gaming that allows for easy to play split screen.

There’s clearly more to add for Minecraft Dungeons, but for the price you certainly get your money’s worth (and I normally wouldn’t mention something like this, but the fact it’s on the Xbox Game Pass is an absolute steal). 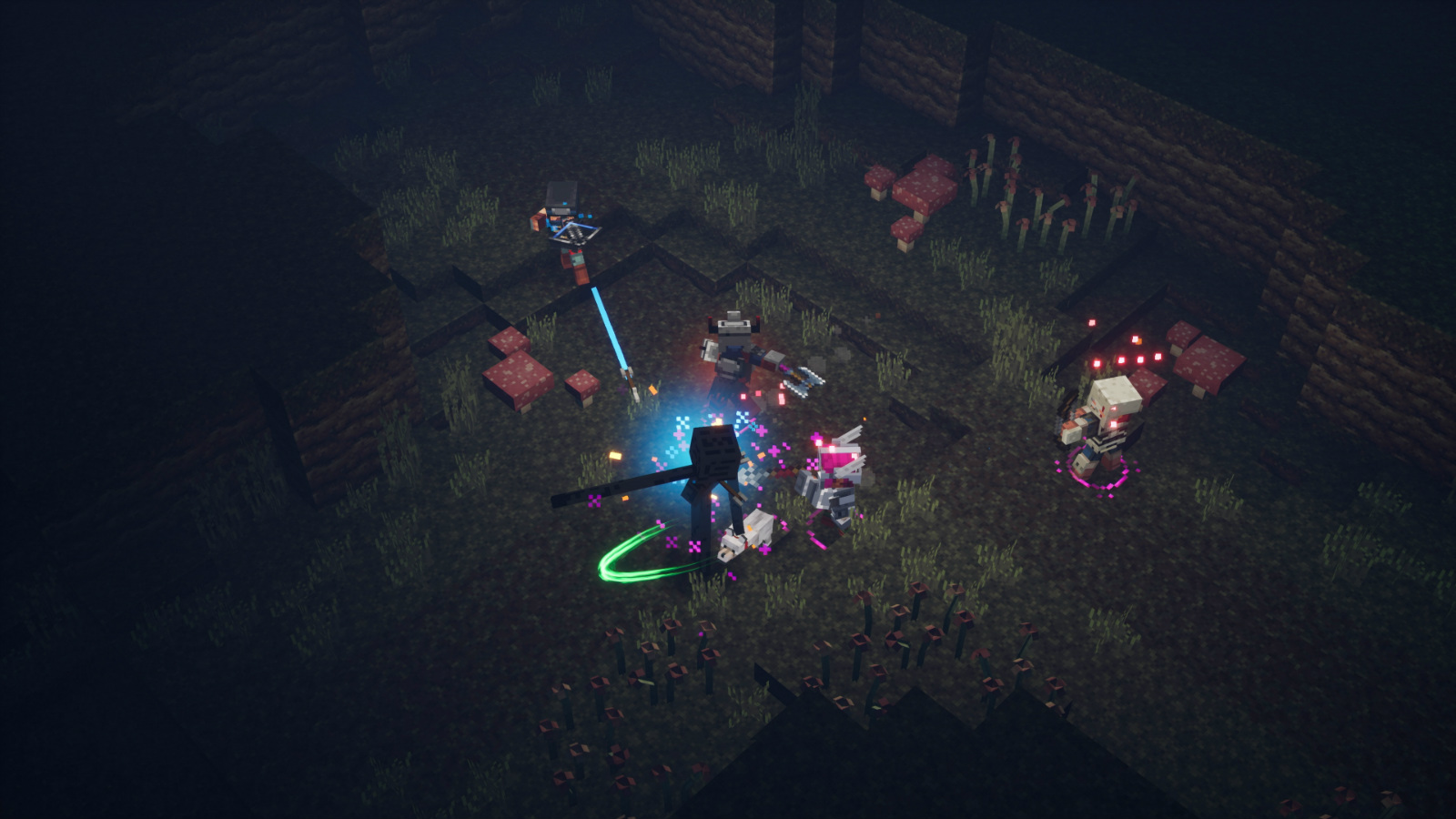 All the gripes and grimes I have with Dungeons is overshadowed by that charm and fun, it's like being a kid again, and with so many games these days that require you to track all sorts of complex mechanics and features, Minecraft Dungeons is a breath of fresh air in the market.

What it lacks in depth, it more than makes up for in pure unadulterated joy. The simplistic combat, coupled with the ridiculously easy drop-in-and-play gameplay makes for a fun and engaging roguelite dungeon crawler either alone or with friends. You’ll have fun, that’s guaranteed, and is perfect for all ages. Don’t expect a complex story, rich with lore, but you’ll almost certainly have a good time if you’re a fan of its predecessor.

i wont say its short, if you roam the whole dungeons , some can take upto like an hour

Jim Sterling ripped this game a new one, and it makes sense why :D

I don't think it's short, but it does lack depth in gameplay, mechanics, level design and systems, but I guess it's meant to be played by absolutely everyone, from kindergarteners to adults, still there could have been more depth to pretty much everything, including enemy mechanics.
Also I think the 6x difficulties are way too much. Two difficulties are the best IMO. Normal being the real difficulty(that's why I call it Normal) and a more challenging and rewarding Hard/Heroic/Expert/whatever difficulty.
It's not fun replaying the same content more than 3x times tops and in Adventure you pretty much have to do it 6x times, again 2x times is perfect IMO.