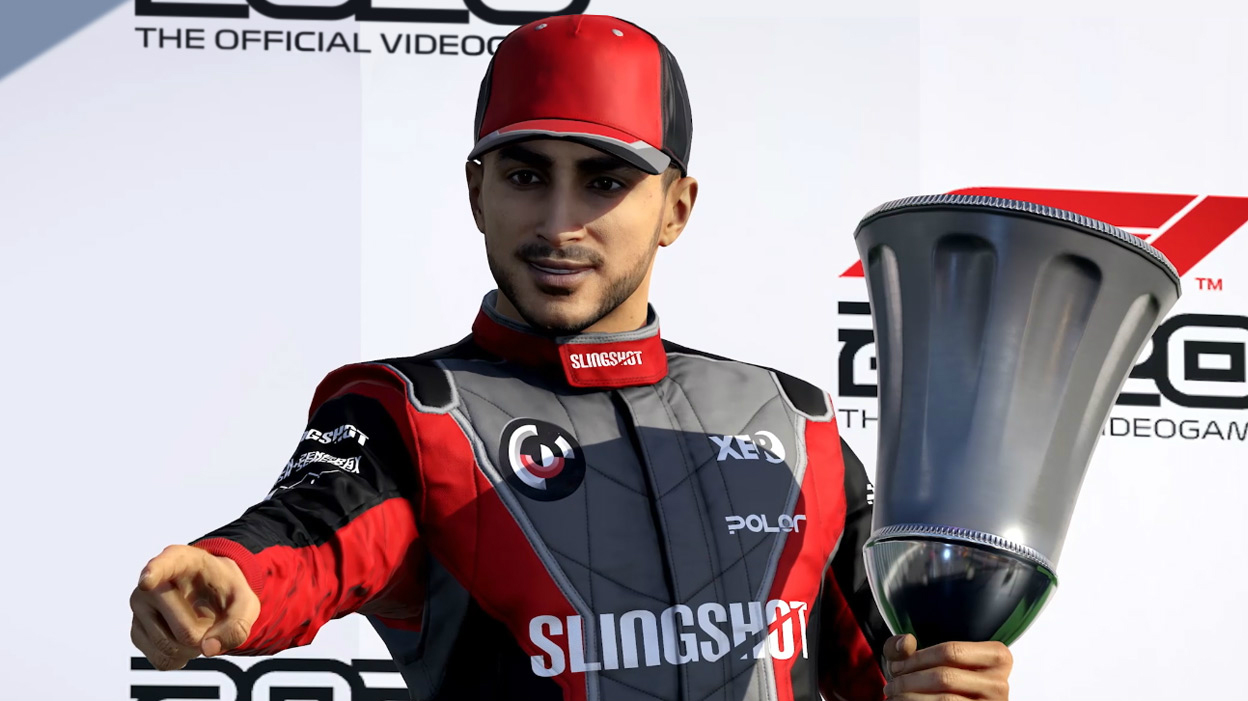 It's lights out and away we go.

We can all agree that 2020 has been a rough year for humanity. Formula 1 has never seen such a short calendar with two new tracks on the calendar that haven't been raced on. Fortunately with F1 2020 we can at least have a feel for them as fans, and I'm sure lots of F1 drivers will be trying it out on their time off with such a short calendar. As we have all learned, a lot of F1 drivers like to have fun gaming as well and are quite entertaining to watch. We've had quite a few entertaining months watching some of them try and become streamers; anything from Formula 1 with celebrities to Euro Truck Simulator 2 races in multiplayer servers.

Now F1 has finally added something a lot of fans wanted, a team management(ish) mode. It's the main change of the game along with some tracks being changed based on actual driver feedback from F1 drivers while playing in quarantine. And boy, has Codemasters delivered with the new team mode, incredibly detailed and pretty much starting a team from the bottom of the barrel, not even a simple practice rig available. Everything needs to be purchased: from bigger technical departments, to PR. Everything benefits your team of which you are also a driver for, along with a hired teammate.

As you progress you are allowed more and more sponsors, up to four. As with previous games in career mode, the R&D department is still there and exactly the same. However, your teammate will also be earning R&D points to be used to make the car perform at top level. Department upgrades are incredibly expensive and you will need a few seasons at least to be a top tier team. They have done it very well and it's a welcome change of pace to just career mode. You do get to pick the engine supplier so it's not like you're starting off with the slowest car imaginable, but it's Williams-ish level depending on the engine supplier you pick.

Just like F1 2019 the customization level is also incredible, all the liveries can be changed as well as logo color and sponsor placement. It is pretty much 100% your own team, as well as having an option to do a full calendar or less. The driving aspect is pretty much the same as career mode but you have full control of your team. Of course, being another team in the lineup, the grid now consists of 22 cars instead of 20. This adds a nice change of pace to the game. You are in control of everything pre-race and after race including time in between races to do different events, everything affects your team in a good way and in a bad way. 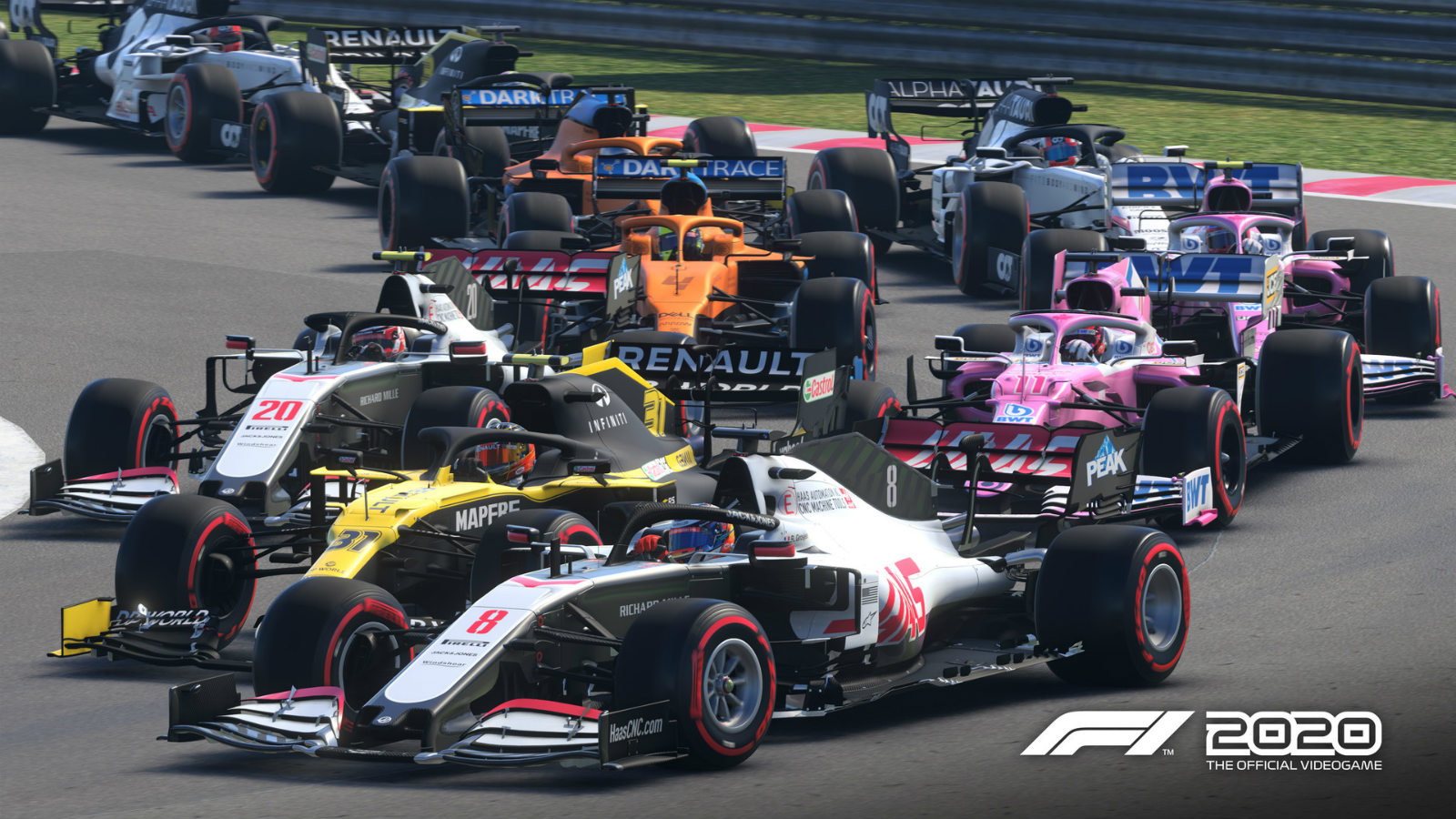 As far as changes made to the game are concerned, the controls feel exactly the same; they have changed in between 2019 and 2020 as ERS is now automatically controlled so that cannot be adjusted anymore, however there is an overtake button that can be used per lap and has a very limited amount of time it can be used so use it wisely. They have also added a casual mode for people just looking to try out the game for the first time with pretty much everything from ERS to steering assist being left on, of course you can also disable everything under the standard control option.

The graphics haven't changed much, DX12 now has an async compute option in the settings. Audio seems to be a massive improvement, the engines sound more like they do than they did in F1 2019. More ambient sounds can also be heard which makes it a lovely change. When using my Corsair Virtuosos and launching the game for the first time I honestly felt like I was in my real car and it gave me a bit of a shock.

The game has improved massively over the past couple years, it's a far cry from F1 2015 which didn't do as well as previous and upcoming titles. Having played from 2016 and up and owning every game they are really getting things on track from F1 driver feedback and players. This does feel like the most realistic one to date, you can feel the feedback in the wheel going loose when the grip isn't there anymore and is a welcome change. It has already been patched three times since release day so it's good to see them working on bugs and issues. 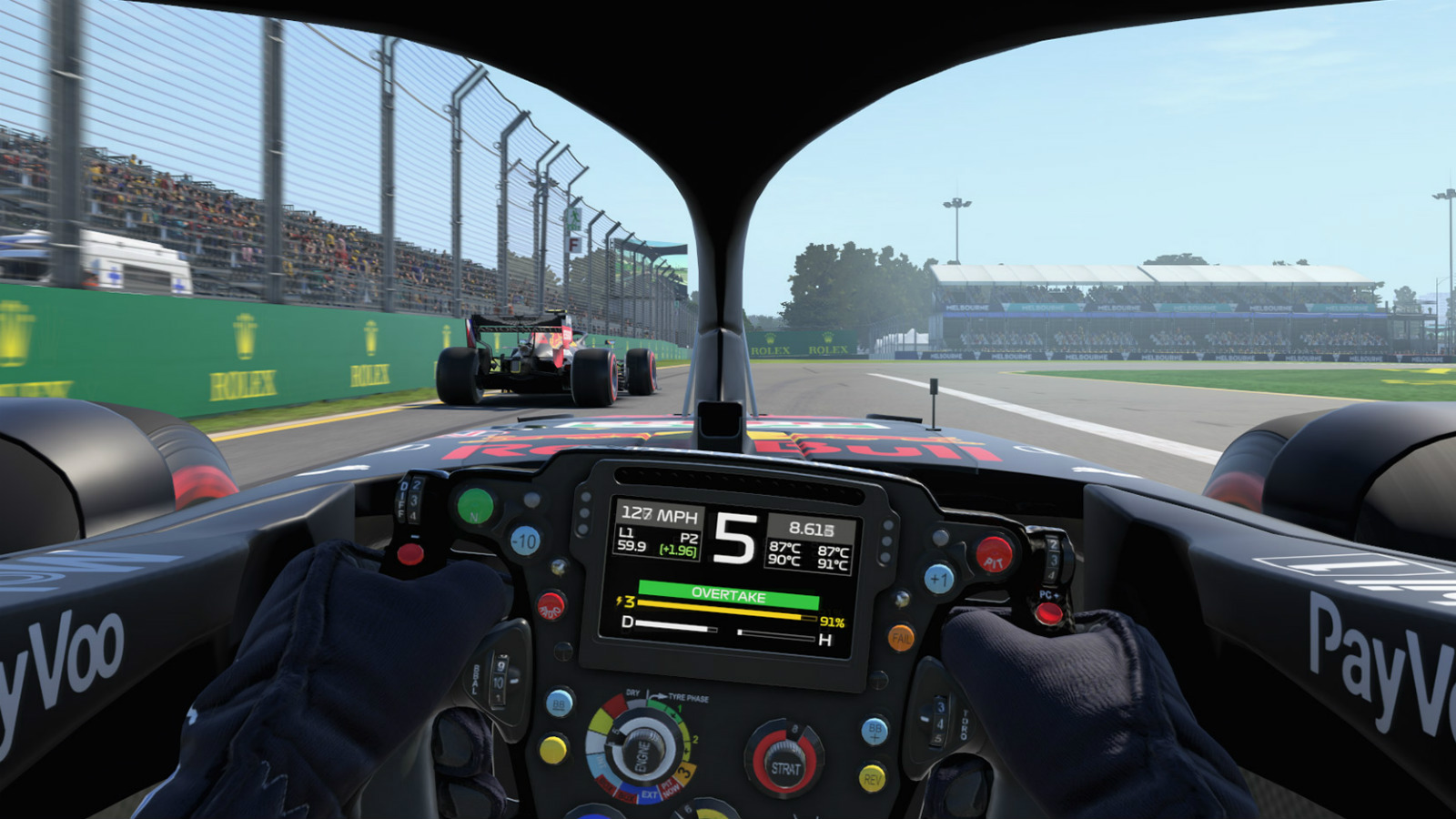 One issue I will mention though is that F1 2019 with my AMD video drivers does not seem to like running in DX12 with a Logitech wheel plugged in, but I ran it in DX11 and it was fine. F1 2020 seems to have issues similar in DX12, it crashed on me once with the wheel while running afterburner, but again it's fine in DX11. Having turned off afterburner seems to solve the issue and no issue has arisen since then.

While watching all the F1 drivers on twitch, i did notice that for F1 2019 every driver that I could watch would launch the game in DX11, so hopefully it's not a recurring issue with the 2020 version. The Schumacher is also a great addition to the game, giving you 4 cars that Michael himself has driven in his career.

Overall the game is the same as F1 2019 with some tracks redesigned and with the My Team mode added. It should give people a couple seasons to go through instead of career mode, which is still available for those who want to do both. We may not be too far away from having an F1 motorsport manager game or even an add on if this keeps going, maybe for those more interested in managing rather then racing.

next year we might get a F1 game built upon the game engine by Slightly Mad Studios from the Project Cars series. but more than that I really want the series to get classic tracks and tracks which have since been dropped from the calendar

would love to race Nurburgring and Malaysian and Indian GP again along with some classics like Brads hatch, Fuji Speedway, Indianapolis, Nordschilfe heck even Throw in the Circuit de La Sarthe if possible. the reason why i ask for these old

tracks it would really let the classic cars from the 70s shine. plus if we can get not only classic cars but also a few cars repesenting each season or Engine Supplier so that we can have a whole career of like 10 years with actual cars fro

from 2010 all the way to 2020 obviouusly not each team but maybe like the top 3 Like the 3 2010 cars then simply paste upon the liveries of other cars. that would be the most insane F1 game ever made in that case Heck even if they sell it a