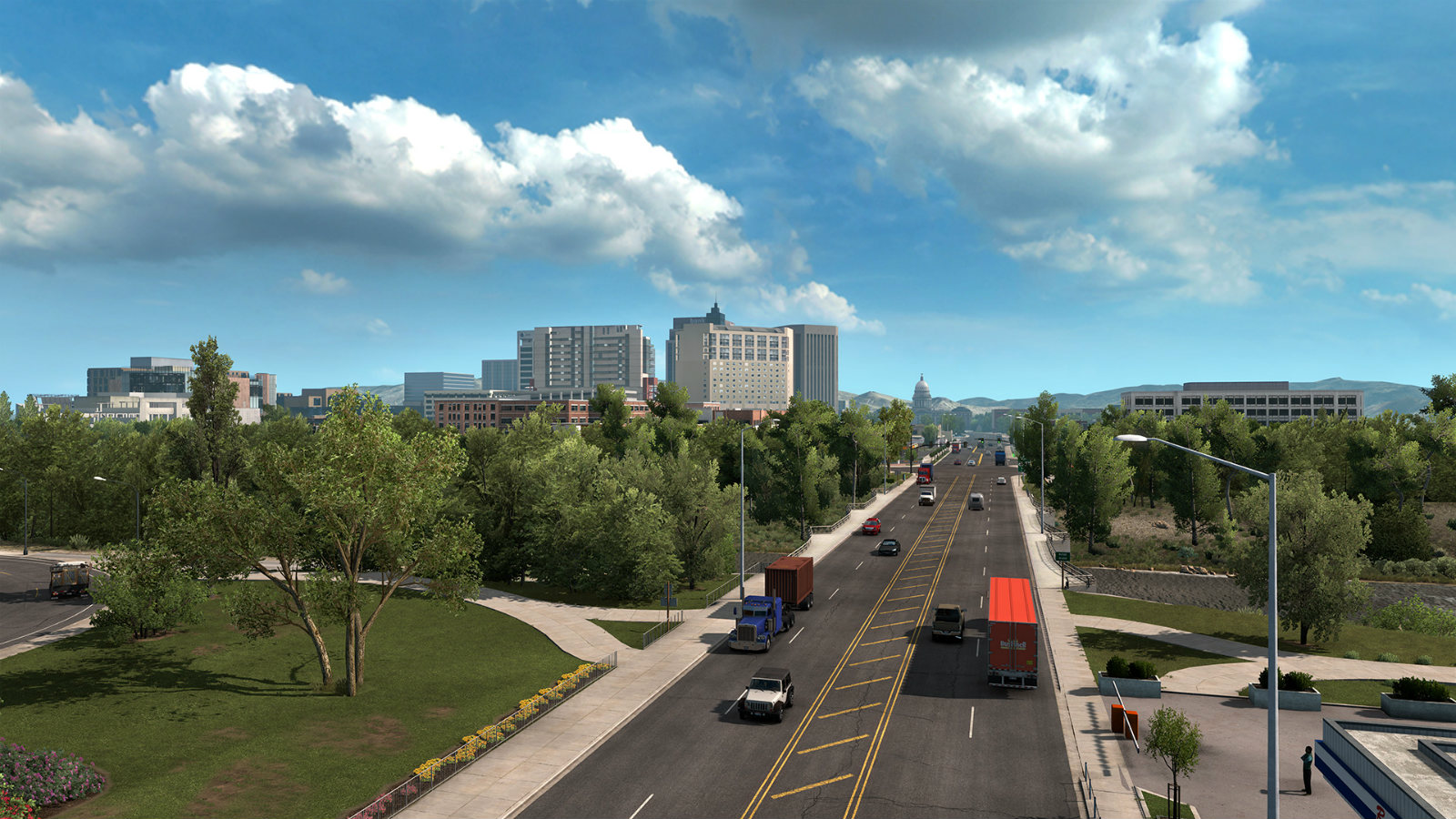 Let's face it, Idaho is probably the most well known state because of it's potatoes. Little known fact, Napoleon Dynamite takes place in Idaho. It is a massive state that runs from North to South bordering Washington and Oregon, and borders Nevada and Utah in the south, so the climate and scenery is beyond many other states: incredibly lush forest and National parks at the North, and incredibly dry deserts in the South. It's very impressive and SCS software has portrayed it very well, as they do with most of their DLCs and why they take so long to release.

There's a reason they always get nominated for the Labor of Love award on Steam. Everyone was excited when SCS announced two DLCs at once, Idaho and Colorado, meaning there was definitely more to come. I'm a huge fan of American Truck Simulator, probably more so than Euro Truck Simulator just because i find the size of the roads more enjoyable.

Now we can all agree for those who have already driven through Idaho that it is a gorgeous state; the variety of the climate makes it so enjoyable to drive through. Adding to the already massive size of the game this actually gives it a bit of a shortcut to get to New Mexico from Washington instead of driving through other states. It is incredibly well detailed and well done, and as with any major DLC comes a significant patch adding new features and improving upon the old ones. I can see why they didn't release American Truck Simulator with every state included, the game would have otherwise taken a decade to release, and Idaho is no exception to how well done their DLCs really are. 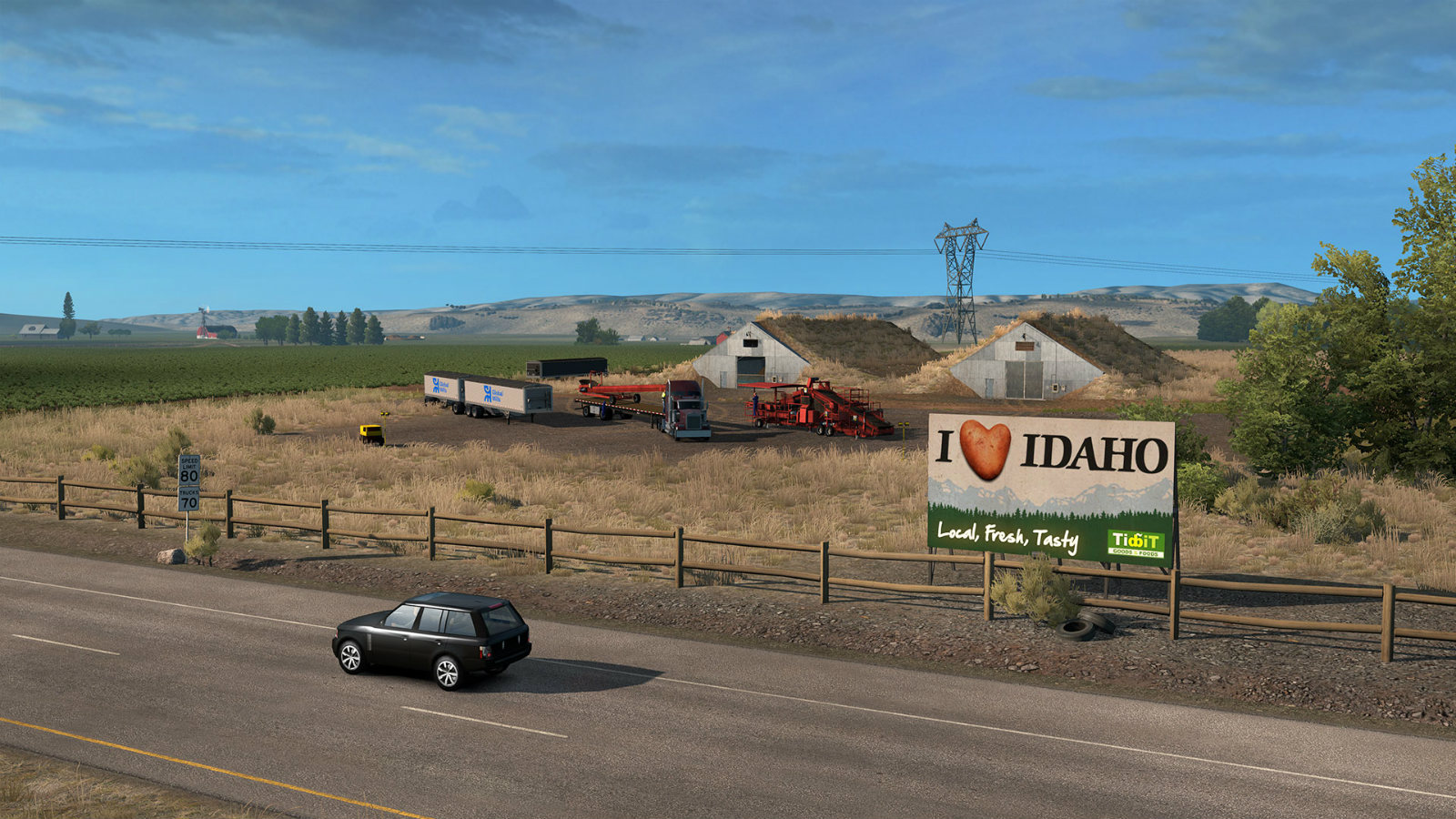 There is a reason SCS takes their time with DLCs for both games: everything is incredibly detailed, and if the price of the DLCs turns you off, they are always on sale with a new update or DLC release or even a Steam sale. And they have been updating the game since release in 2016, from DLCs to patches to overall just improving the game. Going from DX9 to DX11 a couple updates ago to using FMOD for sound with it's last major update before 1.38.

This time around they have added SSAO, something that will surely also make it's way to Euro Truck Simulator. A major change that I absolutely love is that you can now make the camera change angles when using the turn signals, camera will change to looking left with the left blinker and right with the right blinker, which makes it much easier to look left and right with a wheel instead of using the keyboard or mouse. Las Vegas has been revamped to make it possible to drive up and down the Las Vegas strip, which is a welcome change and surprised it wasn't like that from the beginning. They have made some changes to the navigation and route advisor which makes for a better experience using the GPS, and a full list of their patch notes is always on their website. 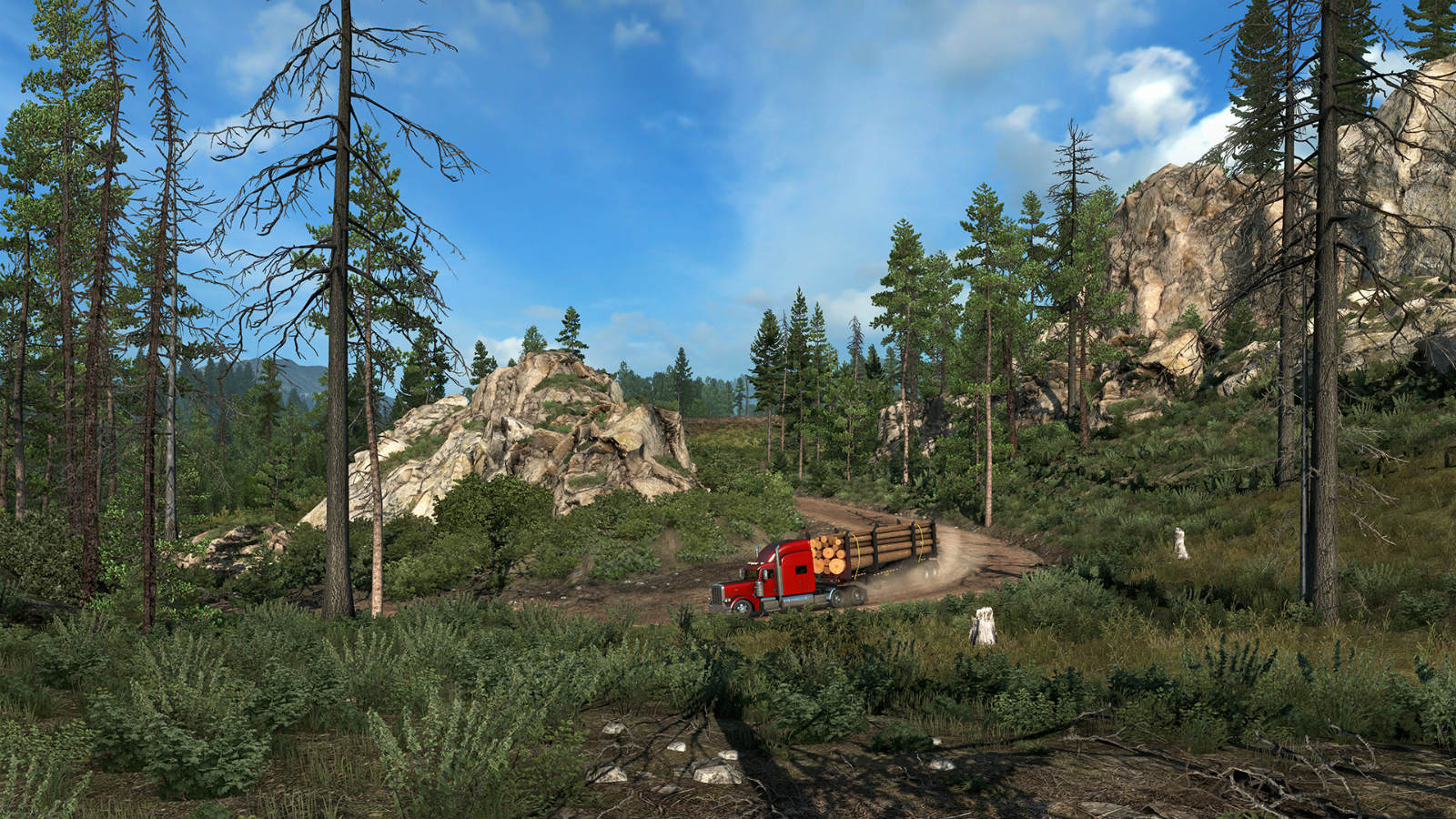 Overall this DLC is very well done, as it is with all their DLCs for both games. Incredibly detailed and always comes with new functions and updates to both. Of course TruckersMP takes a while to update but as it is solely free and done by a small amount of modders it's not exactly surprising. Just like route 95 that runs North to South on the East coast, there are 2 major roads that run fully from the West Coast to the East coast, Route 20 and Highway 90, we can only dream that one day in American Truck  Simulator we will be able to drive on one highway from one side to the other only stopping to rest and refuel at rest stops along the way.

But does it run on a potato?

On your specs absolutely haha.

I recently returned to buy the last 3 DLC at a recent sale. Throw in a bunch of mods, inc Coast 2 Coast, then you have a jaw dropping experience. As chilled a sim as you can wish for and am preferring ATS to ETS, think it is road sizes that help, plus those iconic truck mods from the 70s & 80s.