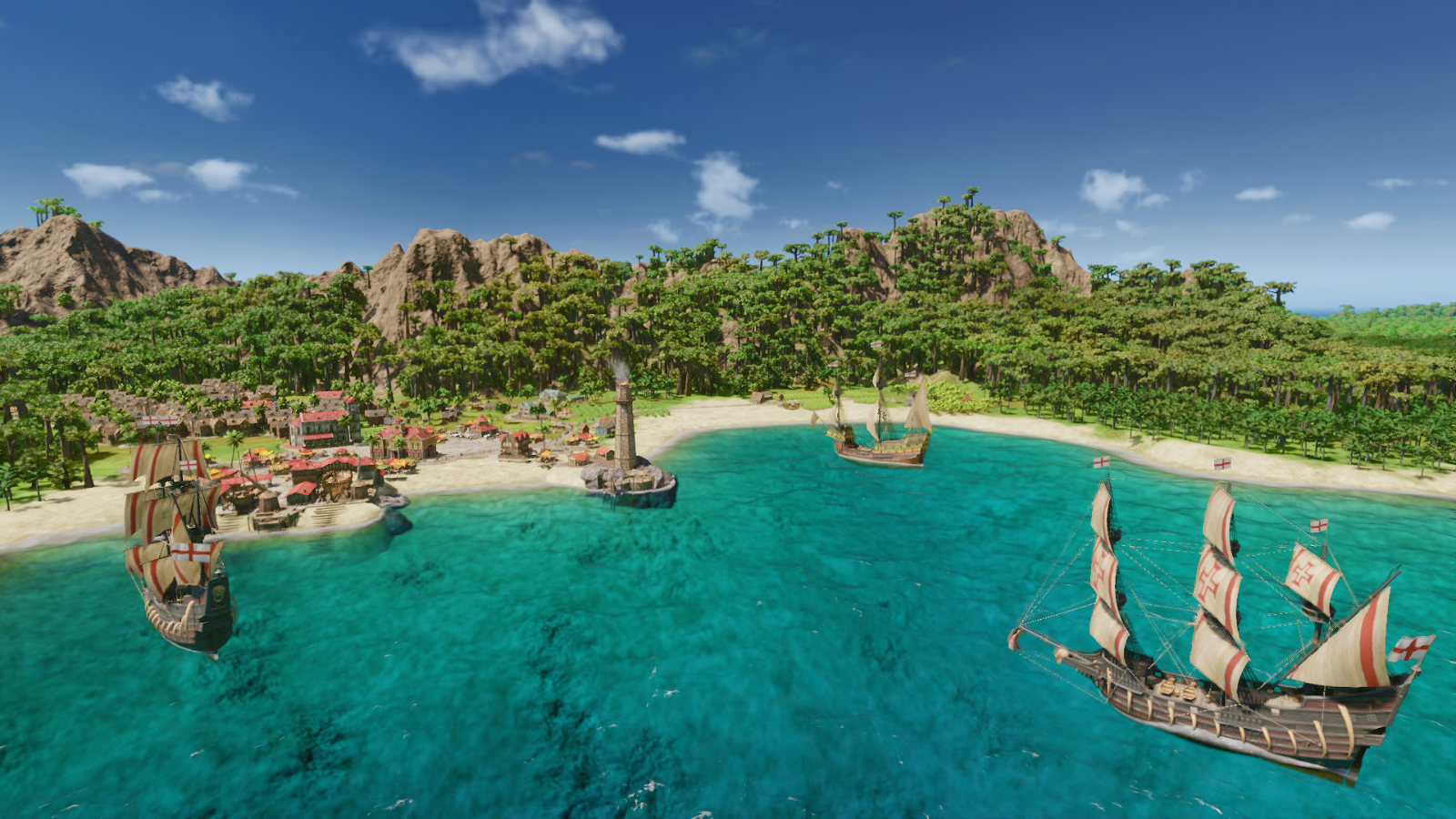 Port Royale 4 review - A life on the sea

Summer has come to a close for a lot of us, but all is not lost. To bring back that fading sun we have the latest installment of the Port Royale series. Now up to version 4, it’s built on a new engine that helps deliver even more beautiful desert island scenery and rolling blue waves. Port Royale 4 is developed by Gaming Minds and published by Kalypso Media, and as a quick reminder, the last time we saw this game was back in 2012 with Port Royale 3.

Like its predecessor you travel around the gorgeous coast of the Caribbean, including Florida, Mexico and the top of South America. The graphics have been overhauled and the game engine has seen some nice new advancements, including mapping the individuals living throughout the islands and the trading ships of 4 nationalities, all vying for the lucrative produce the tropical ports have for sale. You can certainly see the roots within the recent Railway Empire, which was also by Gaming Minds.

Like Railway Empire, the core of Port Royale 4 is a business and trade simulator. You set up trade routes with your ships, between 16th century ports tucked into islands and their surrounding jungle in the Caribbean. You work out which of these port towns sell what commodity, like rum or textiles, get a handle on their supply and demand, so you can get the best trading prices and then set off again to another location across the map.

And that's the majority of the game. You will do this for hours, but with each passing hour you peel back another layer of the game. Gradually you will start to see that the clunky trading interface actually yields some very helpful bits of information, to guide you to make the right trades. However, for a while you will be looking at the trade screen and wonder why it has to be so confusing.

As you master it, you can build automated trade routes and get the AI to buy and sell certain things for certain prices, to guarantee a nice bit of profit ticking over while you focus on other things. Like getting one of your fleets kitted out for some good ol' fashioned pirating and attacking enemy nation fleets.

We spotted a few minor AI oddities in our automated trade fleets, once we had set them up and left them to travel the seas along our predescribed routes; sometimes the trading prices we had told them to buy and sell at had not been followed and when we got hold of the fleet we might have tonnes of goods that were bought for a very high average cost that we would never be able to sell again at, but on the whole the automated trade routes seemed to make us money and the interface gave enough numbers to help us see it was a profitable trade route.

There is a lot to Port Royale 4, and it comes with a long winded but fairly essential tutorial that you should probably work your way through. Then, via the tutorial completion, you can start to work out how to buy ships, setup warehouses, manage town relationships, hire crew, build businesses in ports you like the look of and keep the head of your nation happy.

Time and time again you will face an interface that is just slightly off. Never quite telling you everything you need to know or leaving you confused by a hover over message or what certain screens are for but never properly explained. As you learn the game you will push past some of these UI annoyances and learn how it works despite some of these obfuscations. Strangely, as you become more familiar you will start to spot some incredibly useful bits of information presented in the UI, that you realize were hiding in plain sight all along. 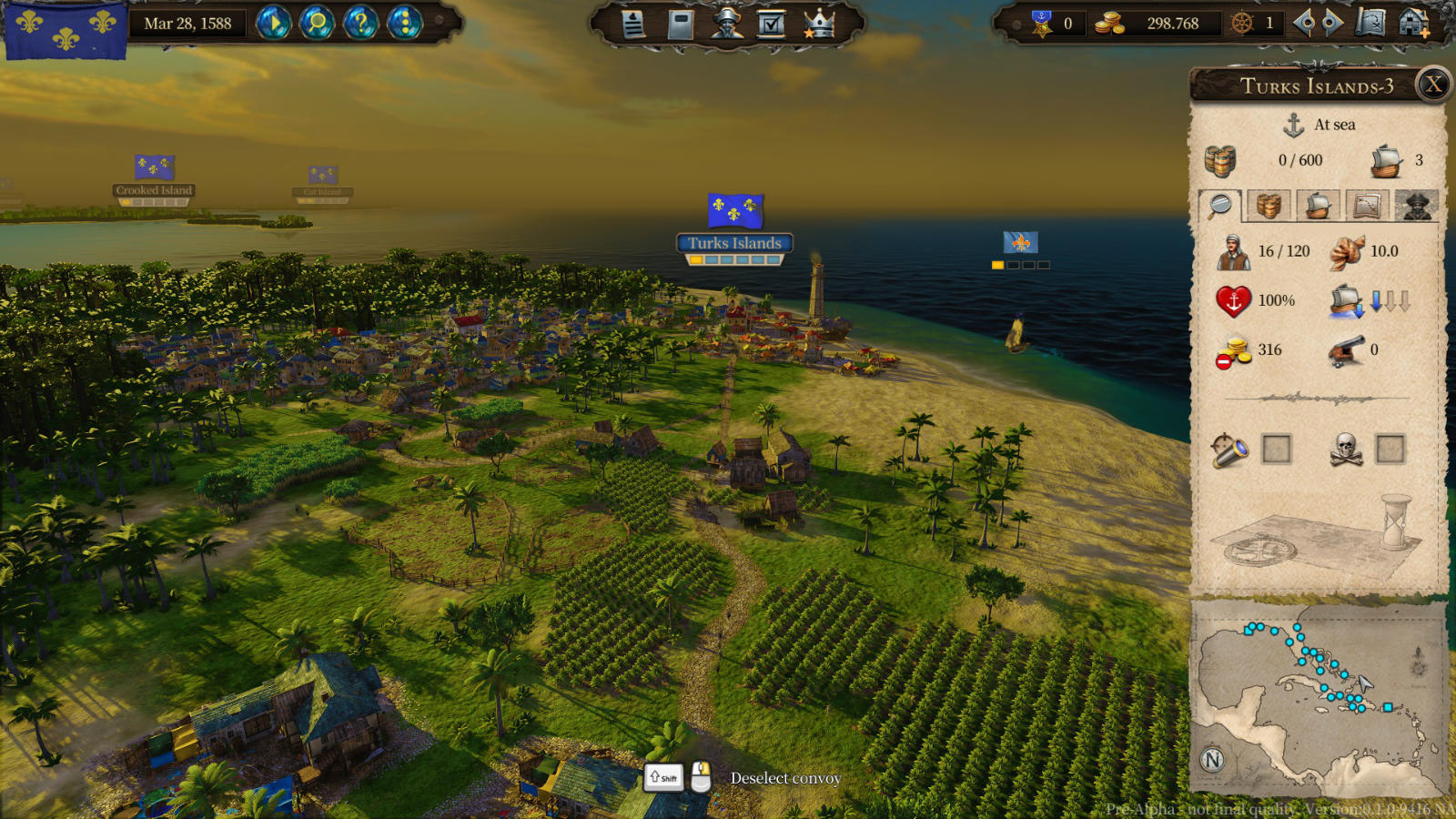 One of the first features you will notice in Port Royale 4 is the zoom in and out. It works smoothly on a single large 3 dimensional map, so you can drop down to town level, to place businesses/buildings in your favorite ports, or pull right back to see a good distance along the coastline and watch your ships sail through the oceans. Like most of Port Royale’s interface there is a quirk to the Zoom functionality. They have tied the game’s real time speed to the zoom.

So Port Royale 4 runs in real time and if you zoom in on the map, the game’s flow of time slows to a crawl. This gives you a chance to move around and explore local settlements or buy ships. It actually auto pauses when you go into a town’s trading menu to buy and sell your goods, giving you time to consider your purchases properly. And as you head back out to the bird’s eye/map view, time and days start to skip past and you see your convoys moving at a swifter pace between ports to sell their goods.

The economy seems reasonably robust and Port Royale 4 has enough commodities to buy and sell to keep you on your toes, but with some nice tools that don't quite do everything for you, when you are trying to consider what prices are good and bad, but are well thought out from a usefulness point of view, if a little hard to understand what you are looking at, at first.

While there is a campaign mode to work through it’s probably going to be the unshackled free sandbox mode where most players end up.

Ship combat zips into a turn based affair, which is an entirely new approach for the series. As you level up your fleet captains, they gain skills and abilities that can be utilized in the ship combat. Its a nice deviation from the rest of the real time trading game and helps to layer something extra into the economy management trading sim that occupies the majority of your play hours. I played for a dozen hours before I even came across ship to ship combat.

I am always one to avoid any kind of spoilers, including listing out the total offerings a game has in terms of ships available and ports to visit. But if you don't care and want to read that kind of information then read on. 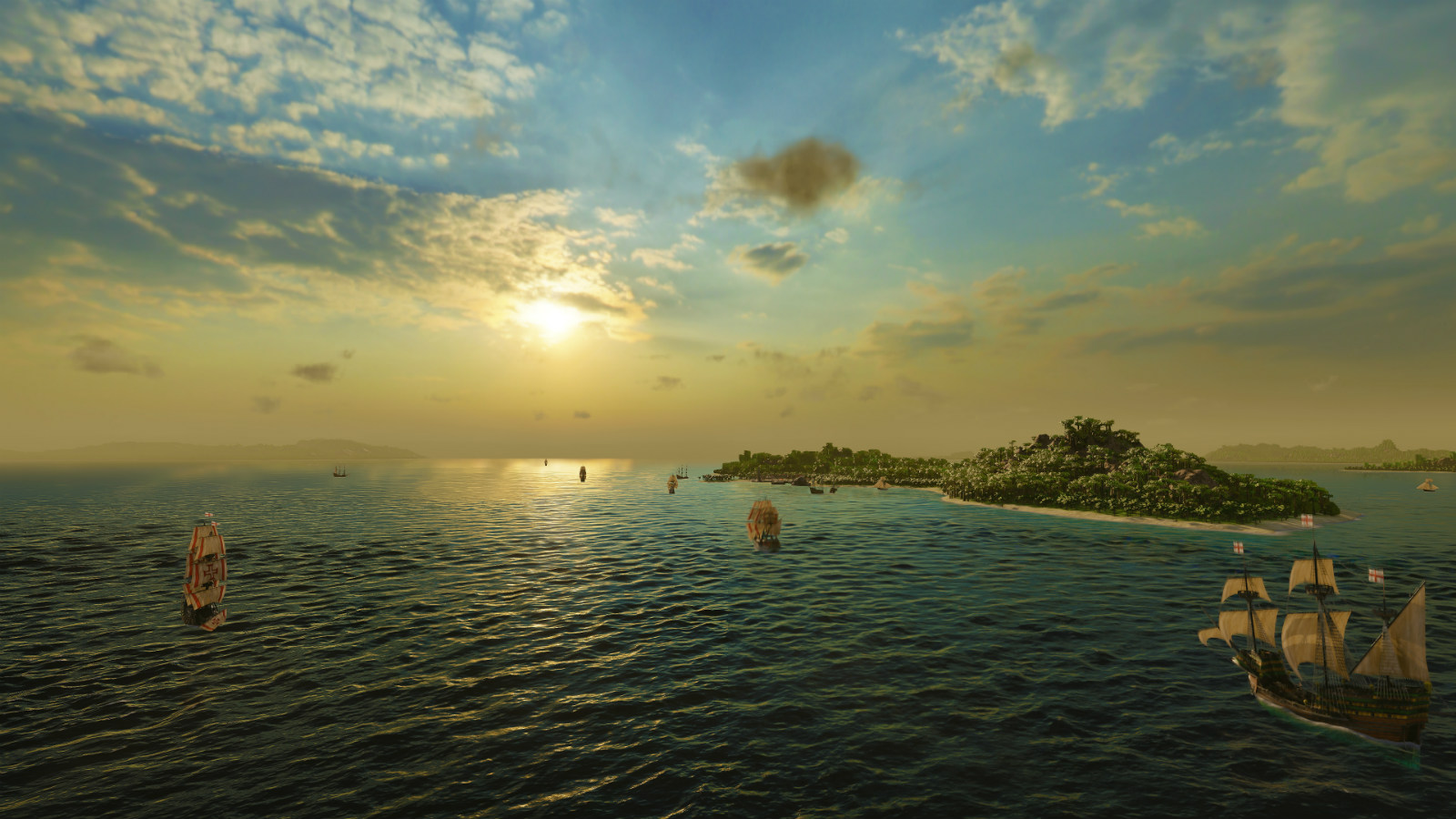 Port Royale 4 has sixty locations, fifty businesses and settlement buildings that you can buy and place, eighteen ships from the 16th century period, four predefined character classes for you to choose from that have a couple of perks and one negative each. These classes are merchant, explorer, pirate and buccaneer. The class you choose doesn't really come up once past the selection screen, so really you are just choosing a couple of small in-game pros and a con to start with.

While there are some missed-shots in the interface, Port Royale 4 has the just-one-more-trade factor that keeps you hooked. The game to rival Port Royale 4 is Anno 1800, and that one was awesome, so its in good company. Port Royale 4 is certainly up there in the running for your island trading, sailing business simulator attention.

It's obvious that Gaming Minds know what they are doing with a game like this. They understand that a comprehensive economic pirate trading simulator needs both clear and simple systems that will support the player, while providing layers of complexity that give us enough to keep challenged in the later stages.

Port Royale 4 is ambitious and delivers in most regards, leading to a well rounded and beautifully choreographed world. The green tropical islands seem to breathe with life and purpose, a purpose that you influence through a variety of means, whether through trade, nationalism or just blatant piracy.