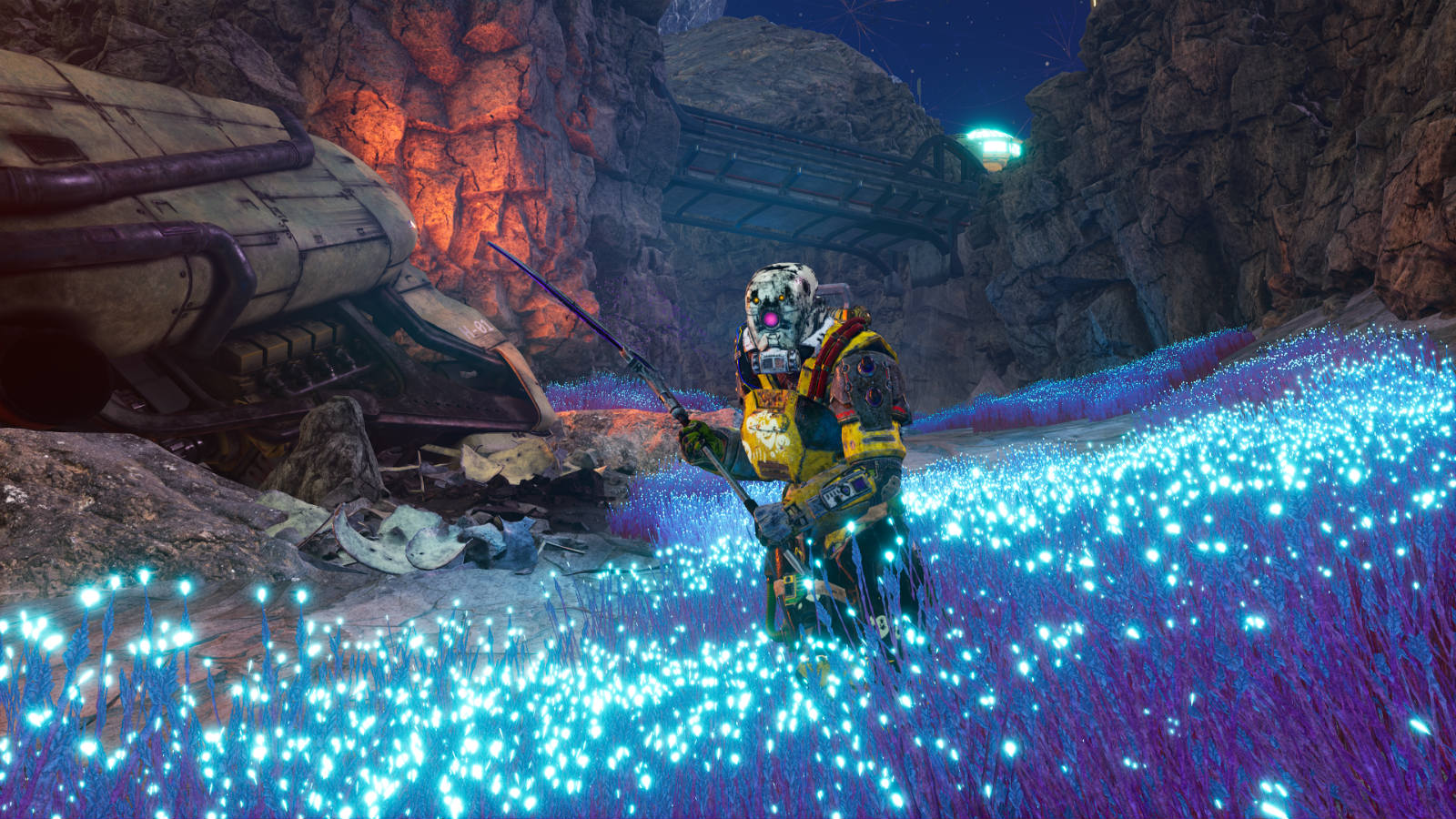 The Outer Worlds: Peril on Gorgon review - Another day in Halcyon

I really enjoyed the base game of The Outer Worlds, it had all that Obsidian goodness that comes with a lot of their RPGs. Whilst it did have it’s issues, I found myself thoroughly enjoying my experience with it. So when the first bit of major DLC was announced I was plenty excited.

I will start this now by saying: if you enjoyed The Outer Worlds, you’ll definitely enjoy the Peril On Gorgon DLC. It’s that simple. Peril on Gorgon doesn’t introduce a whole lot of new stuff and is mostly just more of the same, and whilst that can sometimes be a bad thing, more of something that you love isn't necessarily a negative.

There are a few new areas to discover though - aside from the obvious new planet to explore that the entire DLC is based around - and there’s also a higher level cap, new weapons and armor, a handful of new perks and some new flaws. But this doesn't really add any major gameplay improvements like a new companion or combat rebalancing, which is unfortunate, and certainly doesn't try to reinvent what Obsidian already achieved in the base game.

As an overall experience though, Peril on Gorgon is highly entertaining, and seamlessly blends into your current playthrough, and I was happily surprised with just how much stuff is actually packed into this singular experience. It doesn’t crossover into the main story too much and can be played at any point you like apart from a small portion of the beginning of the game, or after the last mission.

That leads me onto pretty much my only gripe with the DLC, you can’t start it if you already started the final mission. If you’ve played through the base game this obviously makes sense, and the game even warns you to save before venturing onto the final level.

Unfortunately for me, I had accidentally overwritten my save before the last mission, and subsequently had to restart the entire game in order to play this new DLC. I understand that the game warned me and that this was indeed my fault, but I thought it best to at least mention it in case you’ve fallen in the same boat as me.

So what’s the DLC actually like then? Well for one thing, the writing is stellar as usual. Obsidian has continued their near-flawless writing talent and even excelled further than the base game in some parts. I found myself yet again glued to the screens of computers, reading the various messages and log entries as they’re just thrilling as always, something which I can’t say for many other RPGs out there. 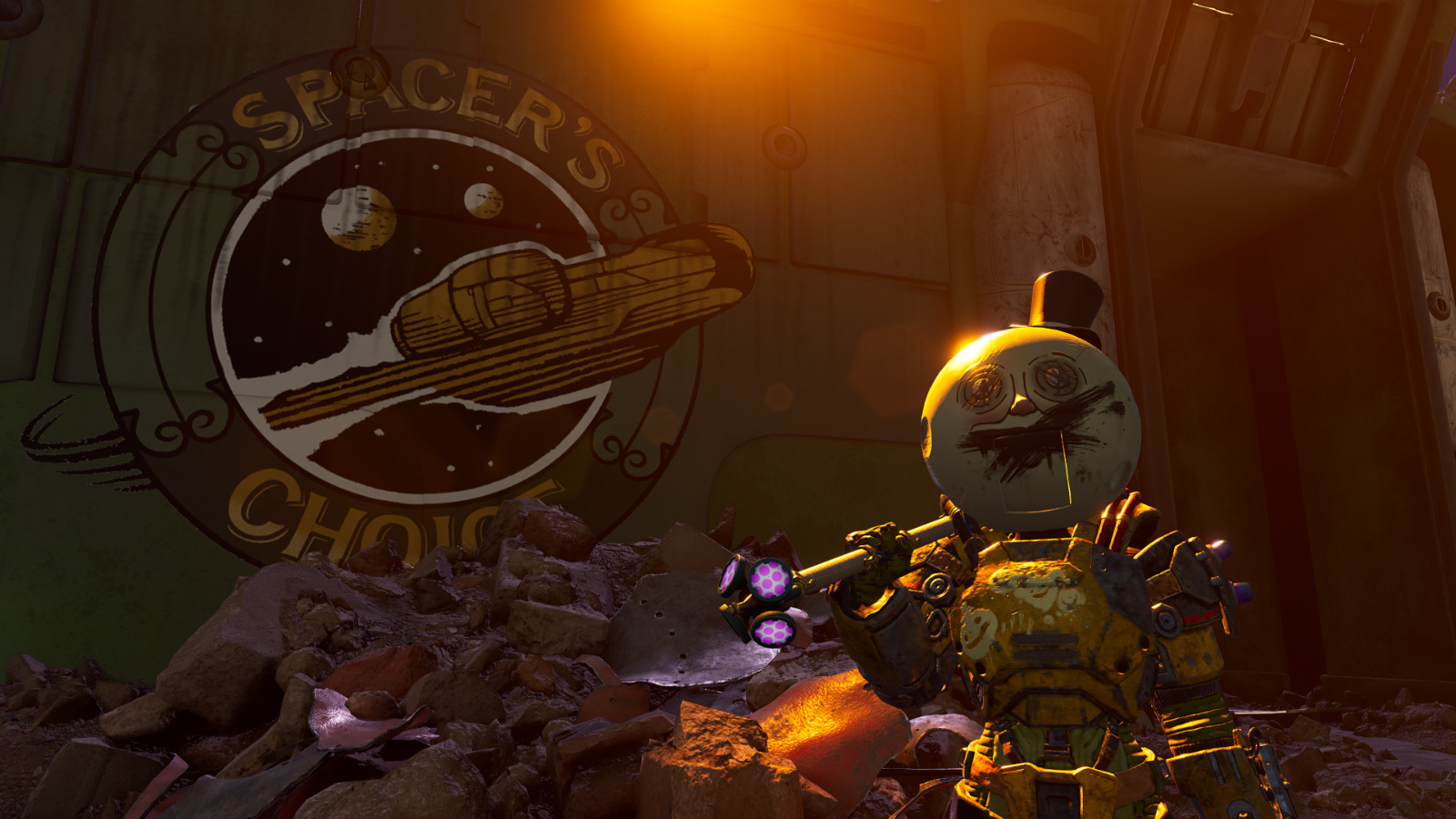 In fact almost everything is just as good if not better than the base game, and it’s nice to see that just as much care and attention got poured into the DLC as the main story. Peril on Gorgon oozes with the kind of love and passion from every developer involved who so clearly cares about this new experience for us.

The biggest addition from the Peril On Gorgon DLC would of course be Gorgon itself, a lone asteroid that used to be home to the production of Adrena-Time, a special drug in The Outer Worlds. There are new areas and buildings to explore, secrets to discover, and quests to solve. All in all, this is one of, if not the best open area in The Outer Worlds, and it’s simply gorgeous to look at.

I would even argue that this is one of those moments where the DLC excels compared to the base game. Obsidian seems to have learnt from the main experience, as Gorgon makes use of the space better than any other planet or area before. There’s lots of verticality, and lots of new places to explore that’s teeming with new gameplay, story, or atmosphere. Exploring Gorgon is one of the biggest joys of this DLC.

But Gorgon isn’t the only new area added, as Obsidian went back to some of the original areas in the base game and added brand new areas to explore. I don’t want to spoil them, as they’re genuinely a lot of fun to discover, but they’re not just small new rooms added to already-established areas, and have just as much detail in the environment as anywhere else. 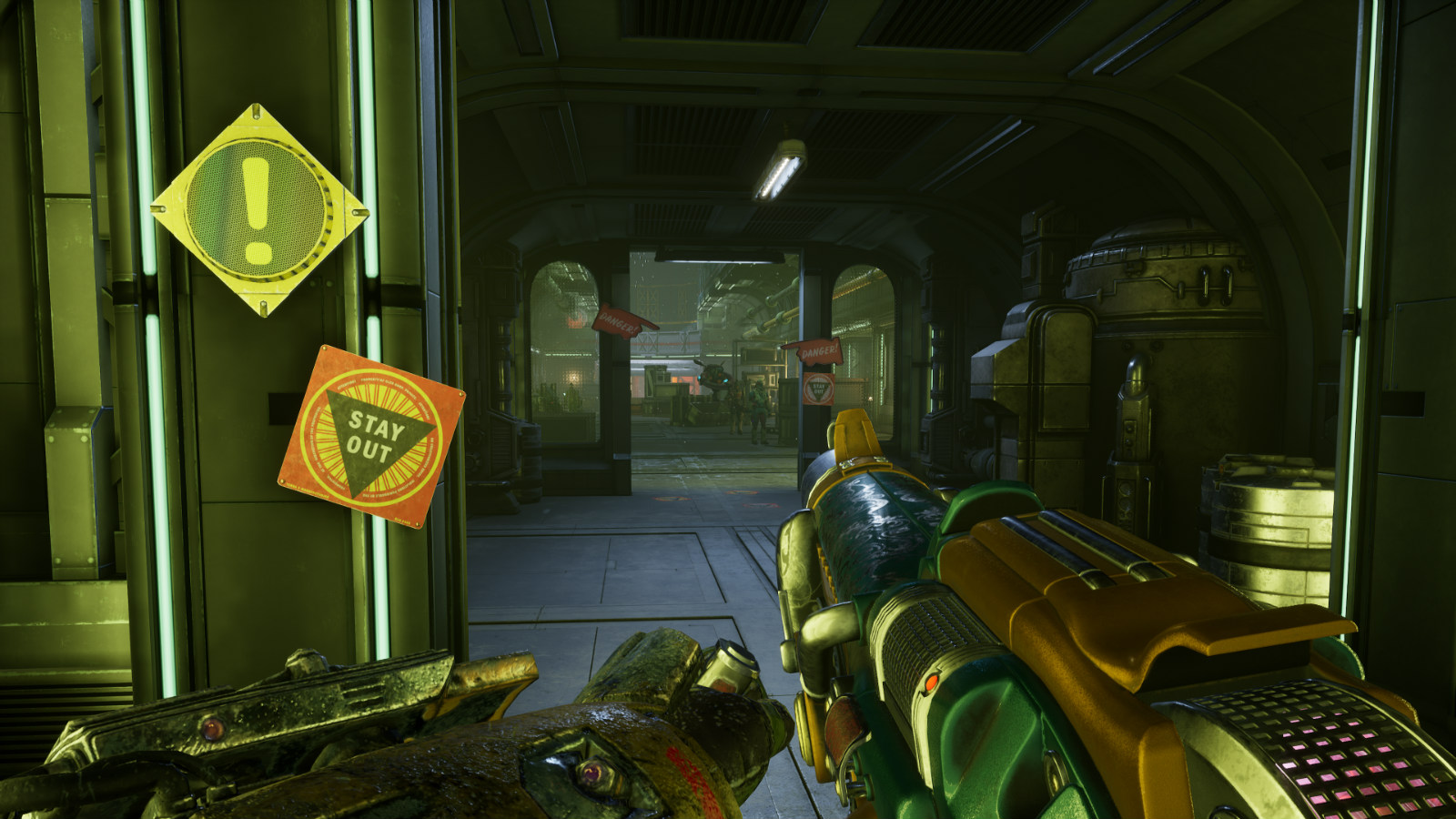 The story is also great, and keeps on with the same themes of capitalistic and corporate greed that pulses throughout the entire game. It’s absolutely hilarious too, and I found myself getting into quite a few more outrageous situations than I remember, and truly having a blast with it. It all feels much more condensed and well-paced this time round.

The main storyline might not take you a long while to complete, but with everything else included in the DLC, Peril on Gorgon will provide many hours of new content if you look for it, and is a great addition to The Outer Worlds base game.

I will say though, that judging by the short length of the base game even if you do absolutely everything there is to do, Peril on Gorgon adds a nice chunky slice to the delicious pie, and it’s probably worth playing more in your first or second playthrough, rather than starting the DLC as a standalone experience after you’ve already finished your first playthrough.

The Outer Worlds: Peril on Gorgon adds a nice chunk to the already delicious pie, It’s a satisfying extension of an already entertaining experience, so if you enjoyed the base game then you will definitely enjoy this new expansion. The writing is stellar as always, with the typical Obsidian charm that hooked us the first time round. And whilst it’s mostly just more of the same, I’m perfectly happy with that.

No comments on this article? I cannot state this enough but The Outer Worlds is a fantastic game! Absolutely loved it.