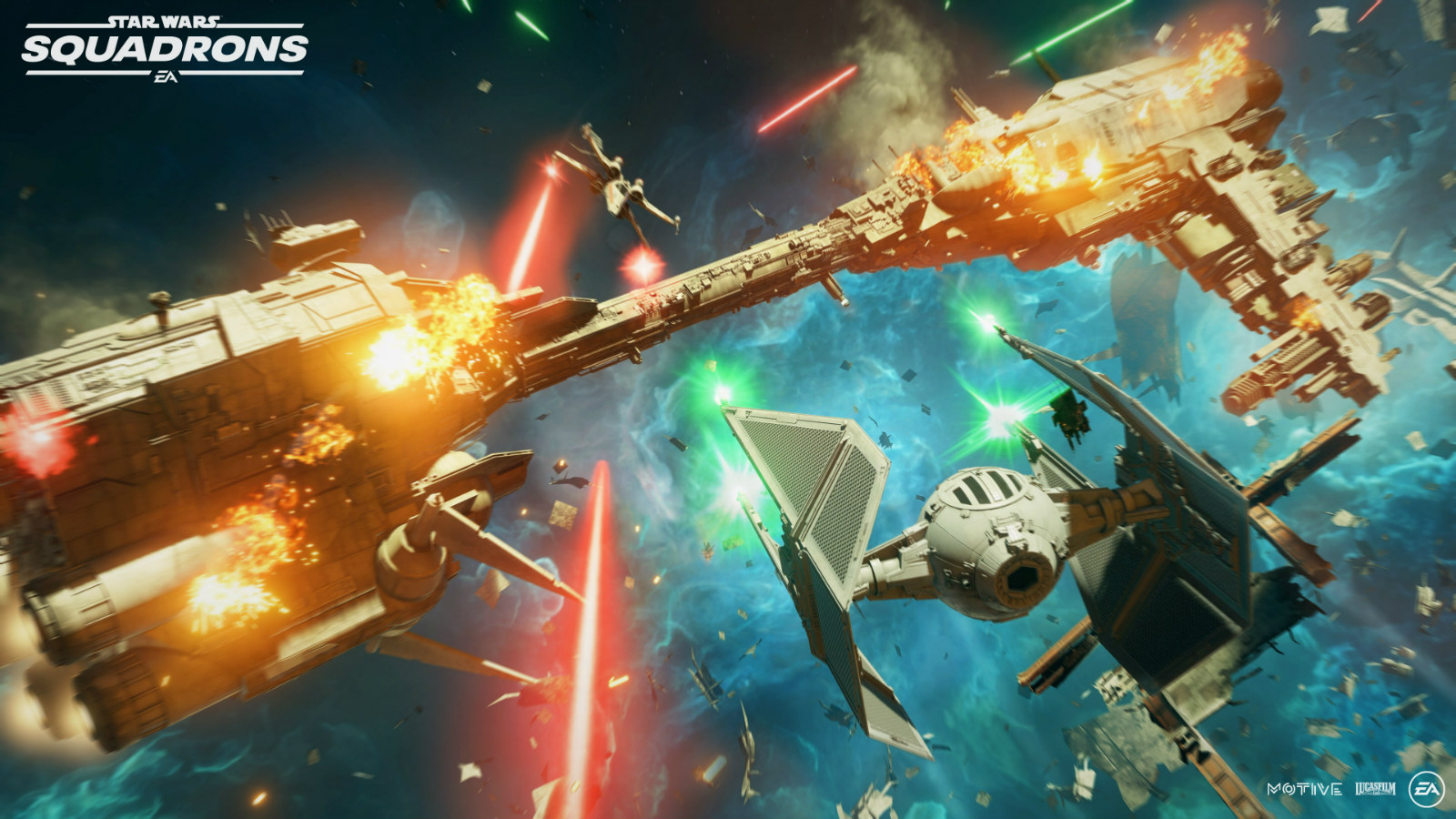 Star Wars Squadrons review - It's not a trap?

There’s this strange situation whenever EA reveals a brand new Star Wars game; we’re either in for a wild ride of disappointing gameplay and microtransaction-heavy mechanics, or a genuinely entertaining experience that captures the feeling of this beloved galaxy from far, far away. Star Wars: Squadrons is out now, and is fortunately closer to the latter.

I say “closer to” because there are some things that Squadrons doesn’t get right, but more often than not, this proves to be an enjoyable experience for fans of both flight sims and the Star Wars universe, and acts as a great gateway into the world of flight sims for beginners.

First of all, Star Wars: Squadrons excels in a way that most other multiplayer-focused games don’t, and that’s catering towards the solo players. Sure, if you want to dominate the space-battlefield in ranked online matches, a squad of friends is your best bet. But Star Wars Squadrons provides a lot of accessibility and experiences for single player fans at least, even if there's not that much and is not exactly the main focus of the game.

The main focus is of course the multiplayer, but luckily this time EA has learnt their lesson and excluded the title from all their microtransaction obsession, that way it doesn’t feel like the game is funneling you into a constant payment system. If you want to play multiplayer, it's generally because it's fun, and cosmetics aren’t nearly as much of a focus so you won’t be chasing for new skins or customizations all the time.

The single player campaign is a short and sweet experience, clocking in at around 6-8 hours depending on how much experience you’ve had with flight sims before. It’s nothing noteworthy though, so if you’re looking for a pure single player experience with an engaging narrative, you may want to wait until it's on sale first. It is a perfect place as a tutorial to introduce you to all the gameplay mechanics and various abilities and ships you’ll be using in the multiplayer however.

As for the multiplayer itself, there’s a fun but limited selection of modes and maps, however this is the point where your flying and combat skills really shine as enemy players are significantly much more difficult to take down than any AI enemies you’ll encounter in the campaign or offline modes. It's a real challenge, and provides a decent amount of entertainment to push through the ranked mode. 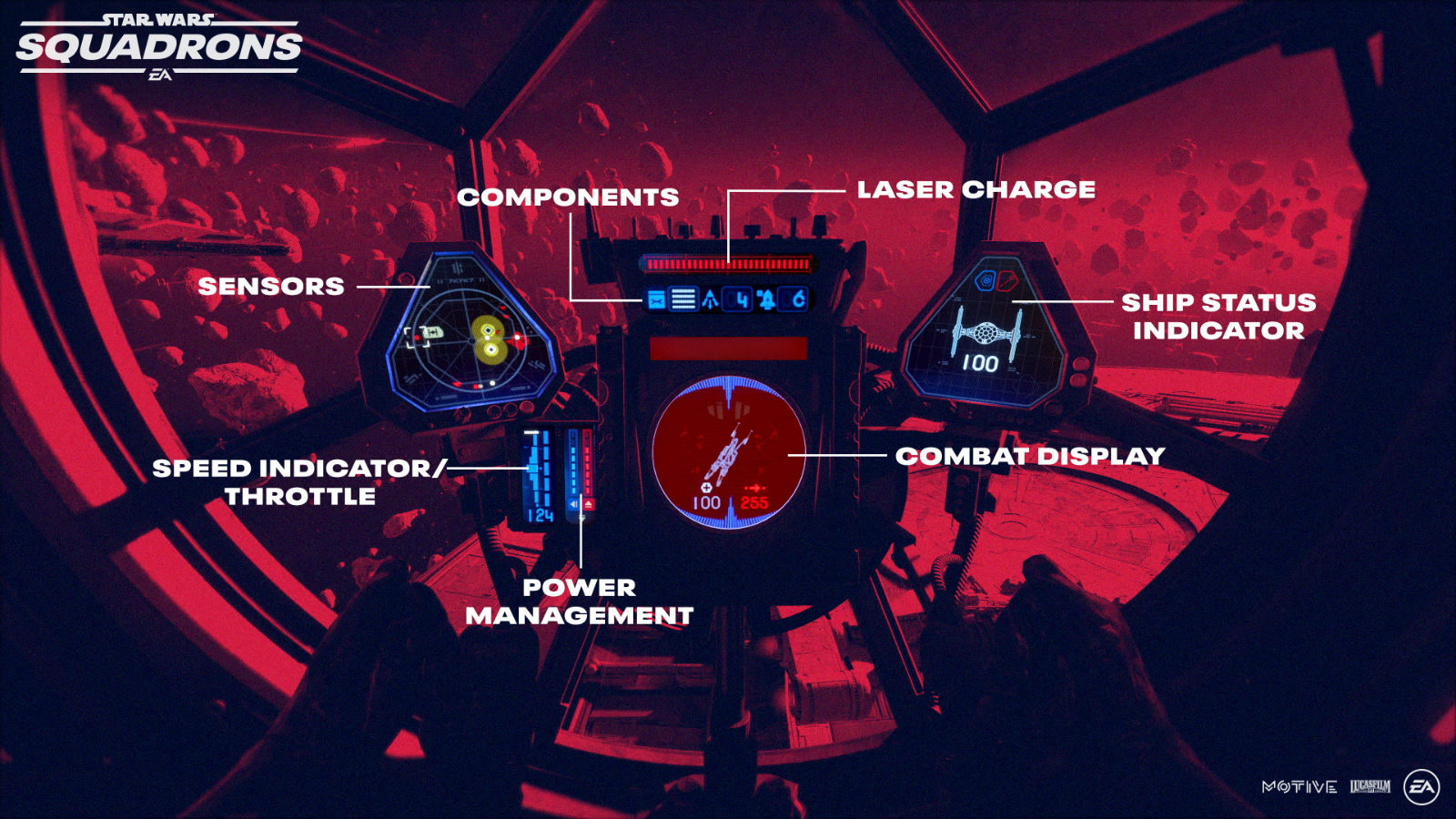 Now, of course, Star Wars: Squadrons is a flying simulator through and through. It may not have the depth as other flying sims out there, but there’s definitely a lot of juicy mechanics to really sink your teeth into if you so choose, even if it does feel a lot like an arcade version of a typical flying sim. If you're looking for a proper and realistic flying simulator, then look somewhere else. However, if you want a fun flying sim set in the Star Wars universe, then look no further.

You’ve got the classic 3-system power management levels, where you must frequently divert power between your engines, lasers, or shields if you have them. You can balance between all 3 if you want, but you’ll mostly be frantically switching between each system in a typical dogfight trying to stay alive as best you can.

There are a few things to praise about Star Wars Squadrons, one of which is the immaculate attention to detail in the ships that you fly. Each cockpit feels wholly unique from each other and looks straight out of the movies. As is usual with EA and their recent Star Wars games, they use the resources they have on hand from Disney really well here, which is not exactly a surprise but still a good thing. 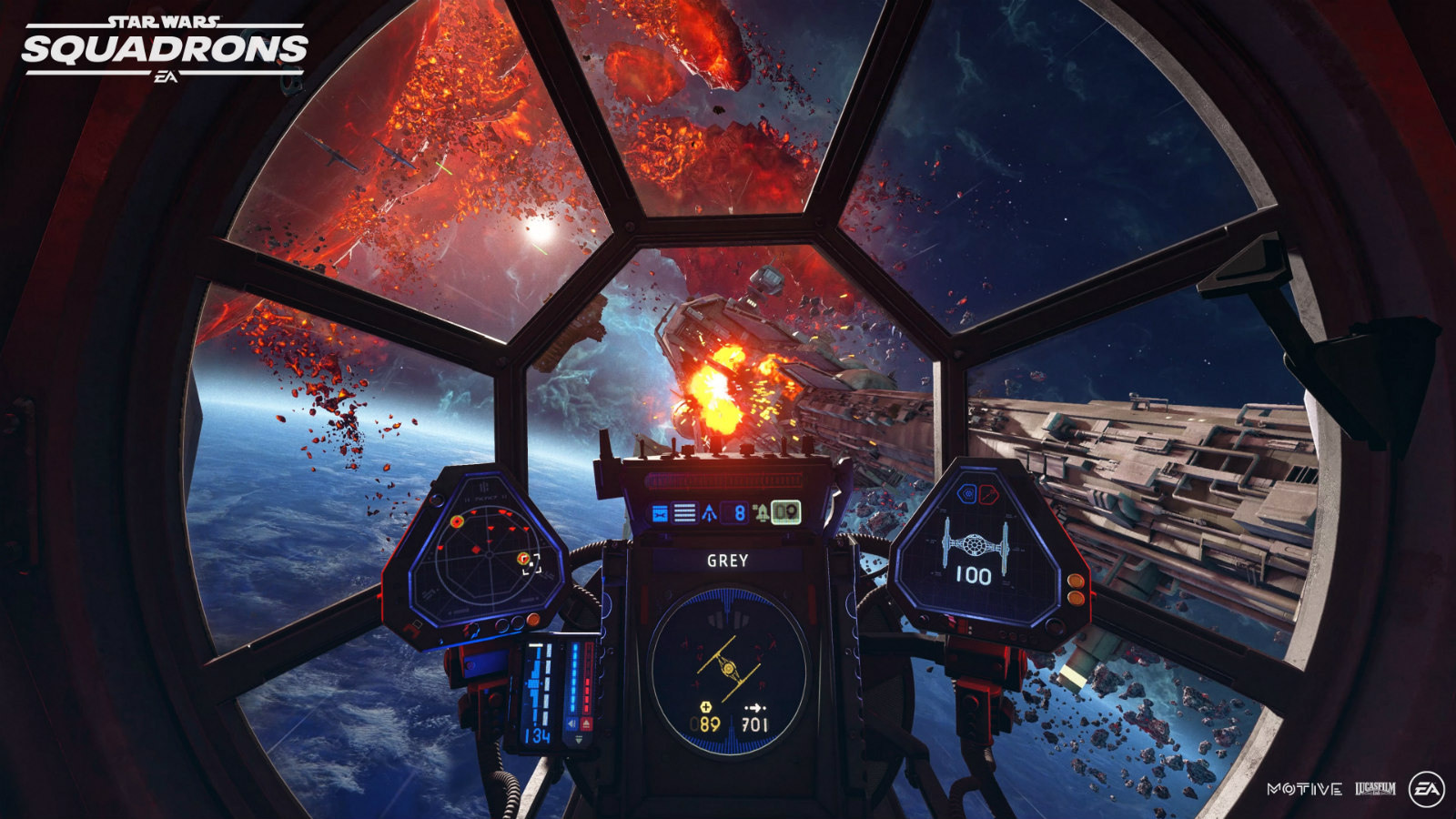 However this has nothing on the VR gameplay: Star Wars Squadrons has to be one of the best experiences in virtual reality to date. There’s honestly nothing quite like sitting in the cockpits of these iconic spaceships, flying past these beloved battle ships across many well-known locations of the Star Wars universe.

It’s honestly so astonishing that the VR support works so well, that it slowly starts to become painfully obvious that this was meant to be a VR-only title at one point. Everything in the game is suited towards VR and HOTAS support, which makes playing on a flat screen a little jarring once you come out of it. I will say that if you plan on playing Squadrons in VR, you better make sure you have some pretty sturdy VR legs, and take regular breaks from it too.

There are a few graphical compromises that you'll have to put up with though, but most of the time in VR you'll be focusing more on the enemies dodging and weaving in front of you than the actual scenery. And even in VR SW Squadrons performs really well.

All in all, Star Wars Squadrons ends up trying to cater towards many different players, whether that be beginners or experts, flat screen or VR, and ends up feeling a bit flat with a lack of nuance and depth. However, the VR and HOTAS support more than makes up for it, and the simulated flying mechanics are decent if limited. It’s an enjoyable experience for the average Star Wars and flying sim fan, and perfect for getting beginners more interested in the latter. But you will almost definitely enjoy it more with a head mounted display and a full throttle-and-stick setup.

One thing that I learned from EA is not to trust them when it comes to games. Especially if they're gonna include something like "SURPRISE MECHANICS".