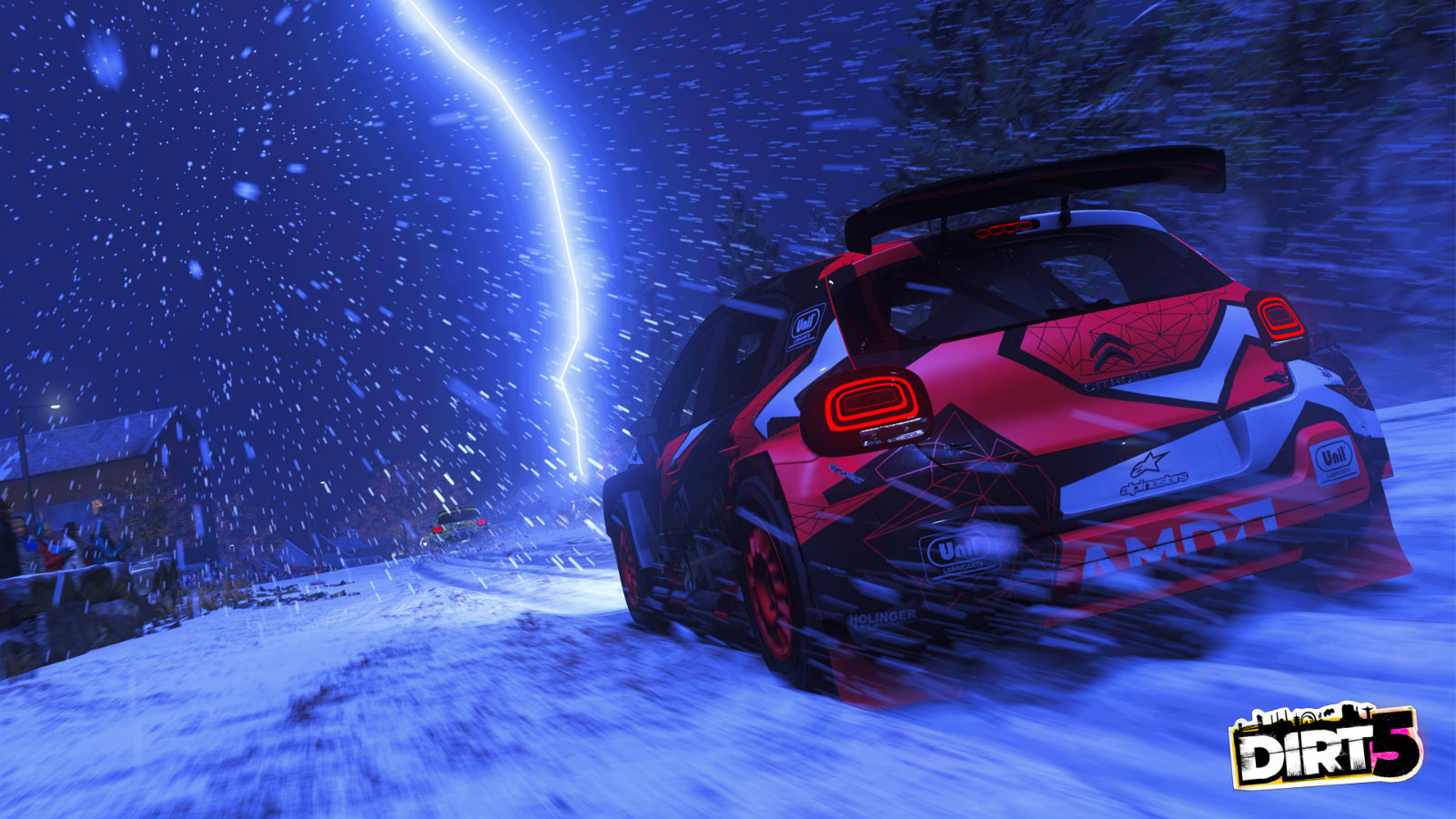 Dirt 5 review - Back to it's roots

Let's get this out of the way, this is not a racing simulator, this won't replace the Dirt Rally franchise, this is purely back to what Dirt used to be known for: a very fun multiplayer arcade motorsport game. There is more than one discipline including the famous Gymkhana, and in that regard it does extremely well. It is very fun to play as an arcade racer, I usually have gripes with racing games played on controller but this seems to be just fine; cars are predictable and handle quite well based on their handling rating.

Think of this as a very updated Dirt 3 with far more beautiful tracks and scenery. The sheer amount of cars is a welcome change as well, though I would have loved to see some of the Dirt 3 cars make a return but I'm sure due to legal reasons they could not be included.

With that out of the way, the first thing we can say is that Dirt 5 is incredibly demanding for how it looks, no doubt down to being made and optimized for next gen consoles. The fact that an RX 480 and GTX 970 are the minimum requirements and ask for an RX 5700 XT and 1070 Ti for the recommended specs seems a bit outrageous for how the game looks. Don't get me wrong, the scenery looks incredible, but with the little amount of graphical settings, it's just not going to be playable unless you have some serious hardware.

With my Ryzen 7 2700X and RX Vega 64 combo, and with the latest patch on high graphics settings I averaged around 70fps, and on ultra high I am getting around 50 fps. Bear in mind that this is for a 2560x1080 ultrawide resolution so 16:9 users should see slightly higher FPS. From the first time I played it the game was a mess in terms of performance; fps would drop right before a race for a few seconds then raise back up. that has now since been fixed but there are other slight graphical issues that frankly make the game a headache to play. One of those being a shadow line that runs across the entire track a few car lengths ahead of you. It's really quite a surprise from a game so close to release.

A patch the other day did fix the fps drop before a race, but Dirt 5 still seems crash for very odd reasons. One of which is related to running afterburner while having the game open at the same time. It also seems to take very long to launch as well, even on a SATA SSD it take about a min for the game to launch, but after it's first launch it seems to run just fine. So maybe it's just a caching issue. The car models look incredible when in the showroom and while racing though, glad to see that Codemasters have detailed the interior more so than Dirt 3. 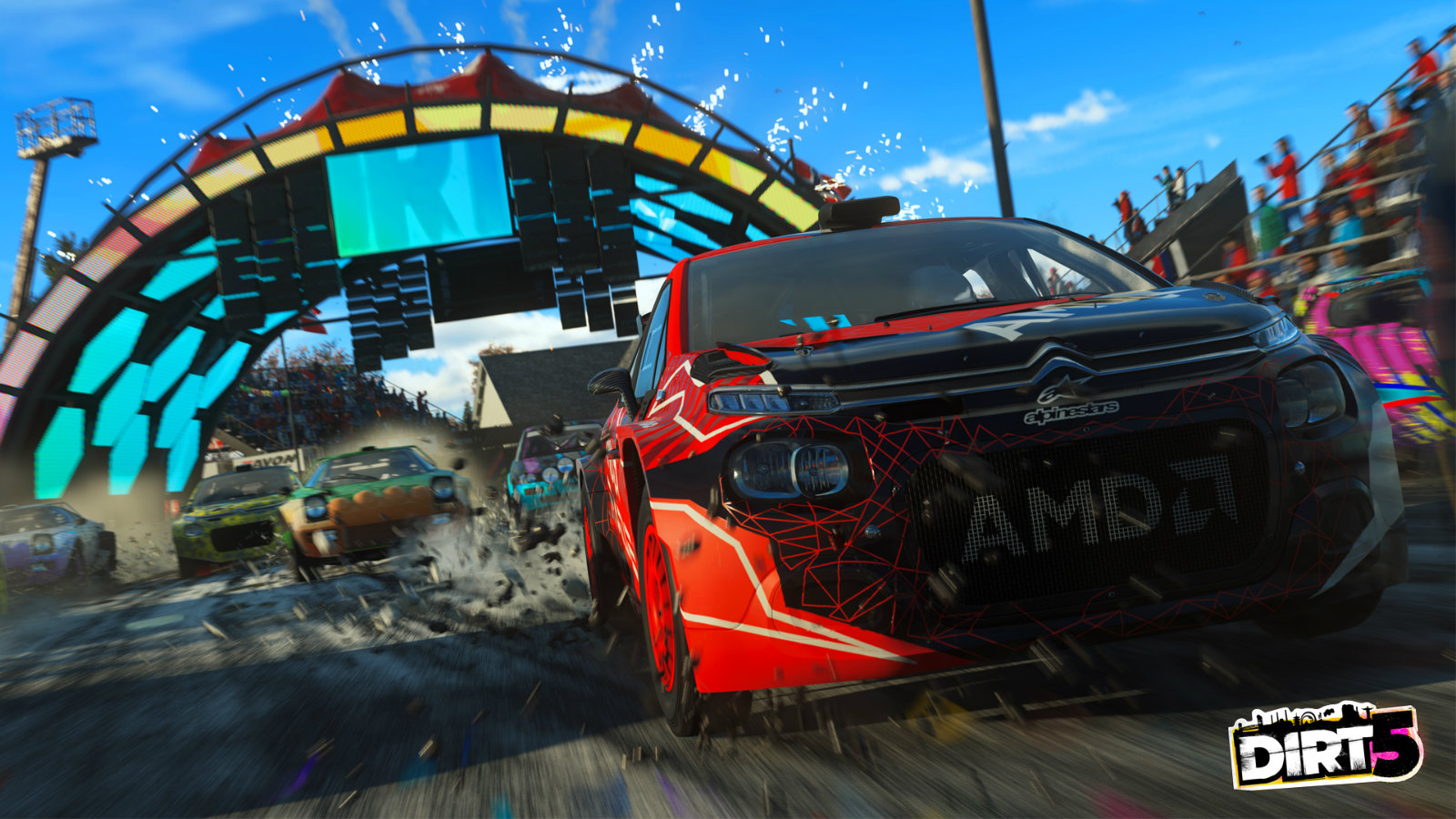 The controls go back to Dirt 3's roots; this isn't supposed to be a hardcore rally sim like Dirt Rally and Dirt 4, I'm sure some people will play this with a wheel but in my opinion this is more for the casual friendly racer who wants to have fun with friends without getting extremely competitive. Unfortunately I did try to play online, and although I found a few games in one race my game froze for a second and I ended up losing too much time and lost. Not sure if this is an AMD system issue or a Dirt 5 issue but it happens in career mode as well but that seems to freeze the AI as well, so it's a slightly different story in multiplayer. I do wish that individual car tuning was implemented like it was in Dirt 3, that was one of the best bits of having an advantage over competitors in online races as you could tweak your car to handle for dirt and asphalt which would make a terrific difference.

The locations are really nice, from China to Brazil to everything in-between, with every country having half a dozen tracks between them. Although I wish some of the original Dirt 3 tracks made it in as Rally of Monte Carlo is one of our favorites when playing Dirt 3. It's also a real shame that rallycross has been removed, which was always a fun one especially with joker laps. 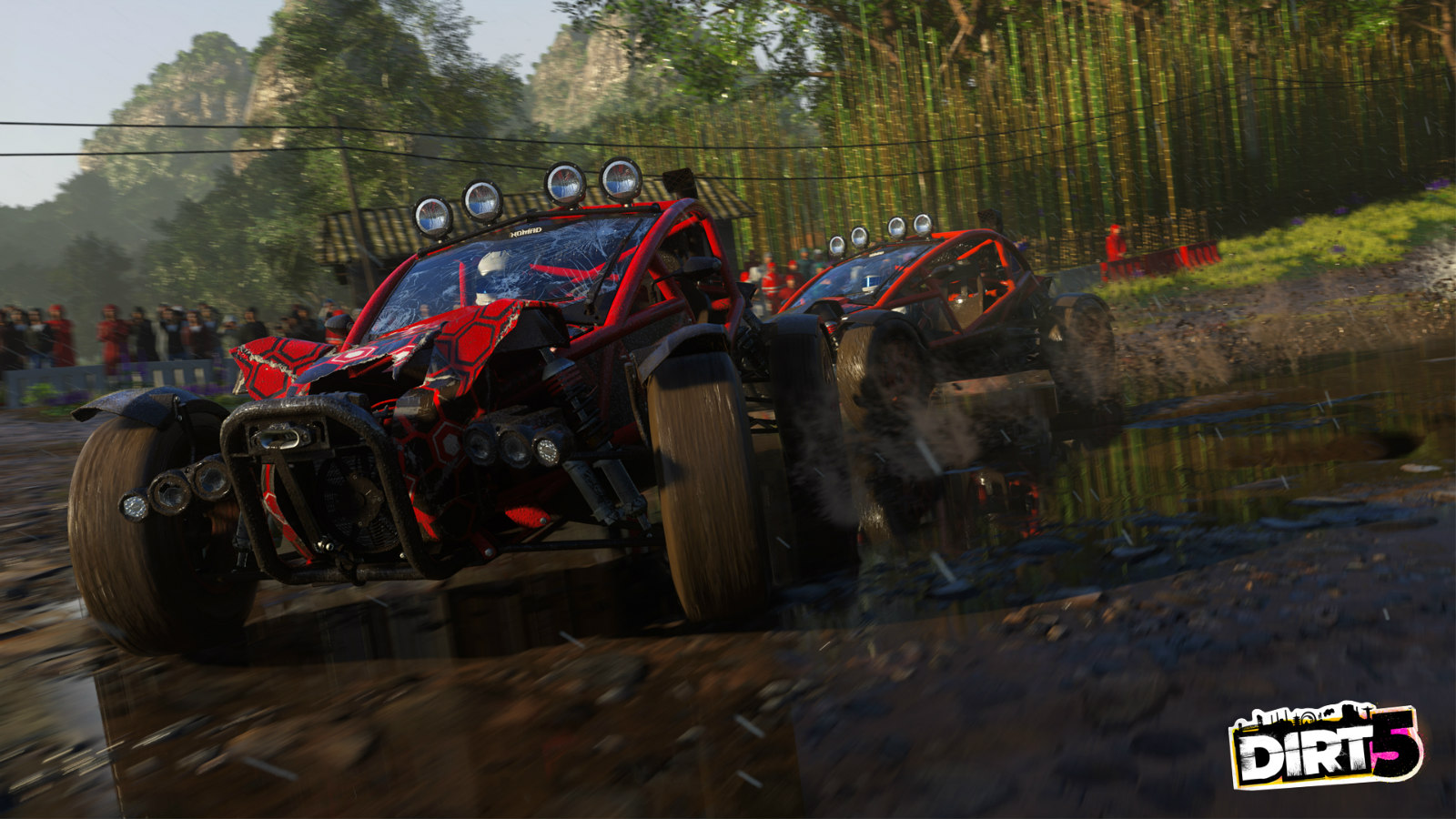 Unfortunately, in its current state I can't recommend Dirt 5. This is a pre release version at best, but people buying the Amplified Edition have already had access for a couple days. The freezing, crashing and fps drops online and in career mode just make the game a far cry from what Dirt 3 used to be. The fact that the game launches in windowed mode like Dirt 3 used to just goes to show you the problem with developers these days.

Overall, when the game runs it runs great, but you'll be let down more often than not. And it's a real shame because it is a very enjoyable game to play... again though, when it works. I'm sure the developers will patch it a few times before it gets fixed as the random freezing and crashes is what causes the most problems, especially when playing online. But I will be keeping up to date in the comments if it becomes more playable without a mass of bugs and glitches.

After looking at this video, I think that the game is very sloppy. It's arcade, which is fine, but it's about the limitations in for example customization and poor execution of the career mode, which is what's most important.
To me it looks like an open beta, but you get all the vehicles and maps to play in.

It's gotten better after the last 2 patches, it does run a lot better. The career mode is very long but it's like career mode in every racing game, it's repetitive.

This is back to dirt 3, which isn't the roots of Dirt, nor Colin McRae. Which isn't good. Dirt 4 nailed it, a more arcady Dirt Rally/Colin McRae, just like Dirt 2, but actually better.

I'll prob pick this game up in a years time from now, when its bugs are fixed and content is all added

Yup, that's a good idea, it runs a bit better from when i started reviewing it but it definitely needs more work. It's quite fun though, Dirt 3 style.