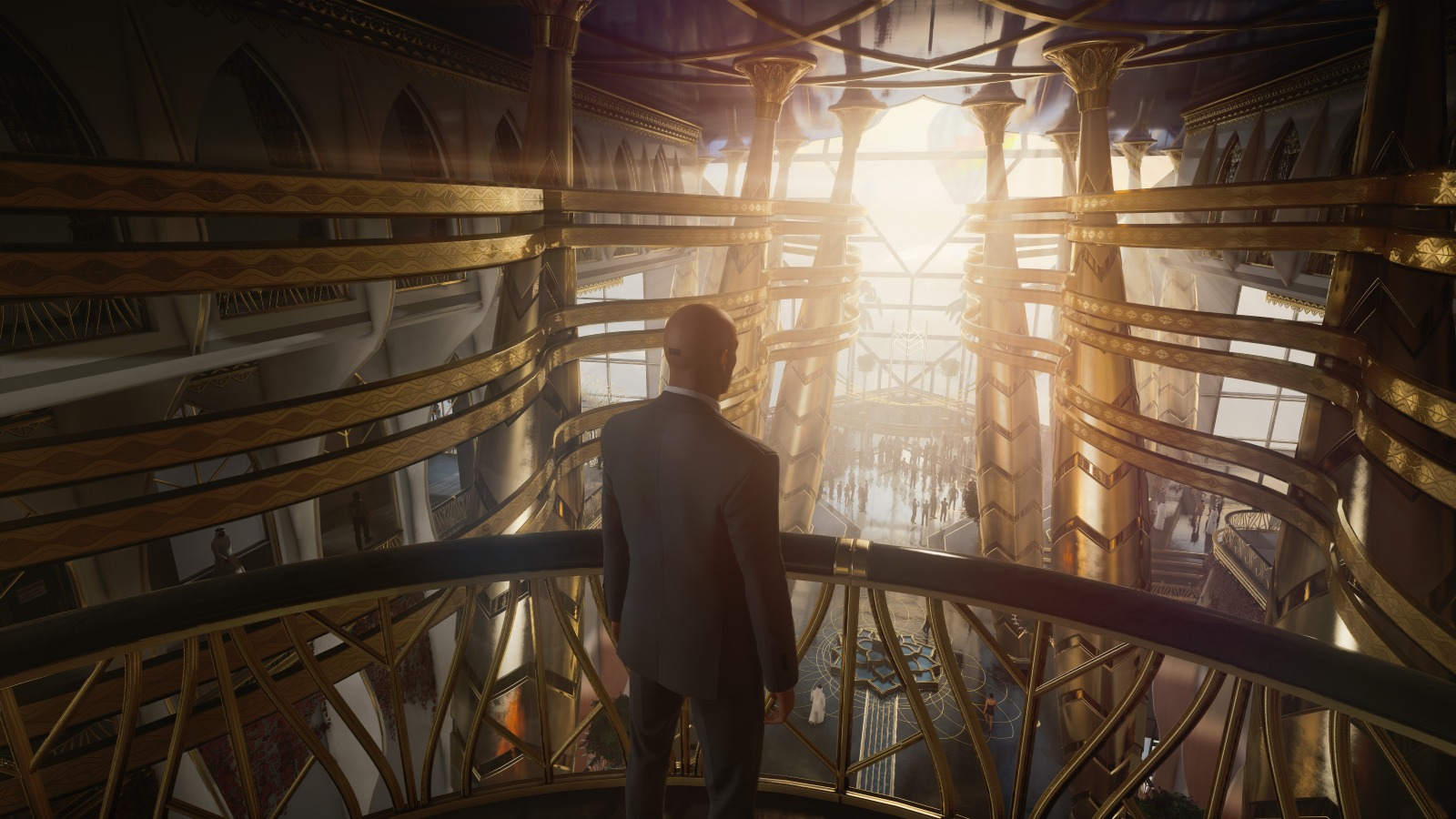 Despite considering myself a man of the world, and a person with an innate wisdom, nevertheless I do have an inexplicable tendency to read the comments sections on some websites famed for their unsavory comments sections. It was in one of these where I noticed a chap extolling the virtues of the Hitman series as "the best action shooter series out at the moment".

You can see why these comments sections get heated. For all the things it does well, Hitman is certainly not an action shooter. If you're playing it like that (and presumably dying a lot), you're doing it wrong.

Like a fine wine, all of the Hitman games are best savored slowly, swished around on the palate to bring out all of the subtle flavors. Sure, there are a load of automatic shotguns to unlock, but quite honestly I've always wondered what exactly they're for. Because a successful Hitman mission rarely requires any noise louder than a murmured falsehood in the right ear, or at most the muted cough of a sniper rifle from a meticulously-selected hiding spot.

Another little gem I picked up in the same comments section was BartSimpson563 gloomily predicting "Hitman 3 is just going to be a load more maps for the exact same game", and well, yes, this is sort of true. There are very few new features in this latest serving aside from a gizmo that lets you hack vents and windows. There are a couple of new unlockable bombs and things, but honestly you're not going to get Hitman 3 for the new bombs.

The maps, though, are very good. They're certainly of a standard that we've come to expect from IOI. In fact, calling them 'maps' is selling them short. They're scenarios. Situations into which Agent 47 is dropped, often with patchy or nonexistent information. Most of the time, there are a couple of unexpected twists that will arise as the missions unfold. Sometimes, you might find yourself playing a completely different type of game for a while as you work towards establishing a cover identity - in one particular case I'd worked so hard on the puzzle that one of these cover stories was trying to solve that I forgot for a while that I was playing a Hitman game.

While some of the mission settings initially seem a little straightforward, they always look great. The neon of a Chinese city, reflected through the rain as it trickles down your bald head... it's strangely beautiful. Sometimes, it's fun just to walk around and drink it all in. If you take the time to do this, and 'blend in' at certain set locations, you can learn a little about what's going on, and sometimes see just a little development of 47's character. For reasons best left to be discovered through the plot of the game, we learn a little more of what passes for 47's personality, and these few tantalizing glimpses behind the steely cold exterior are always intriguing and occasionally poignant. 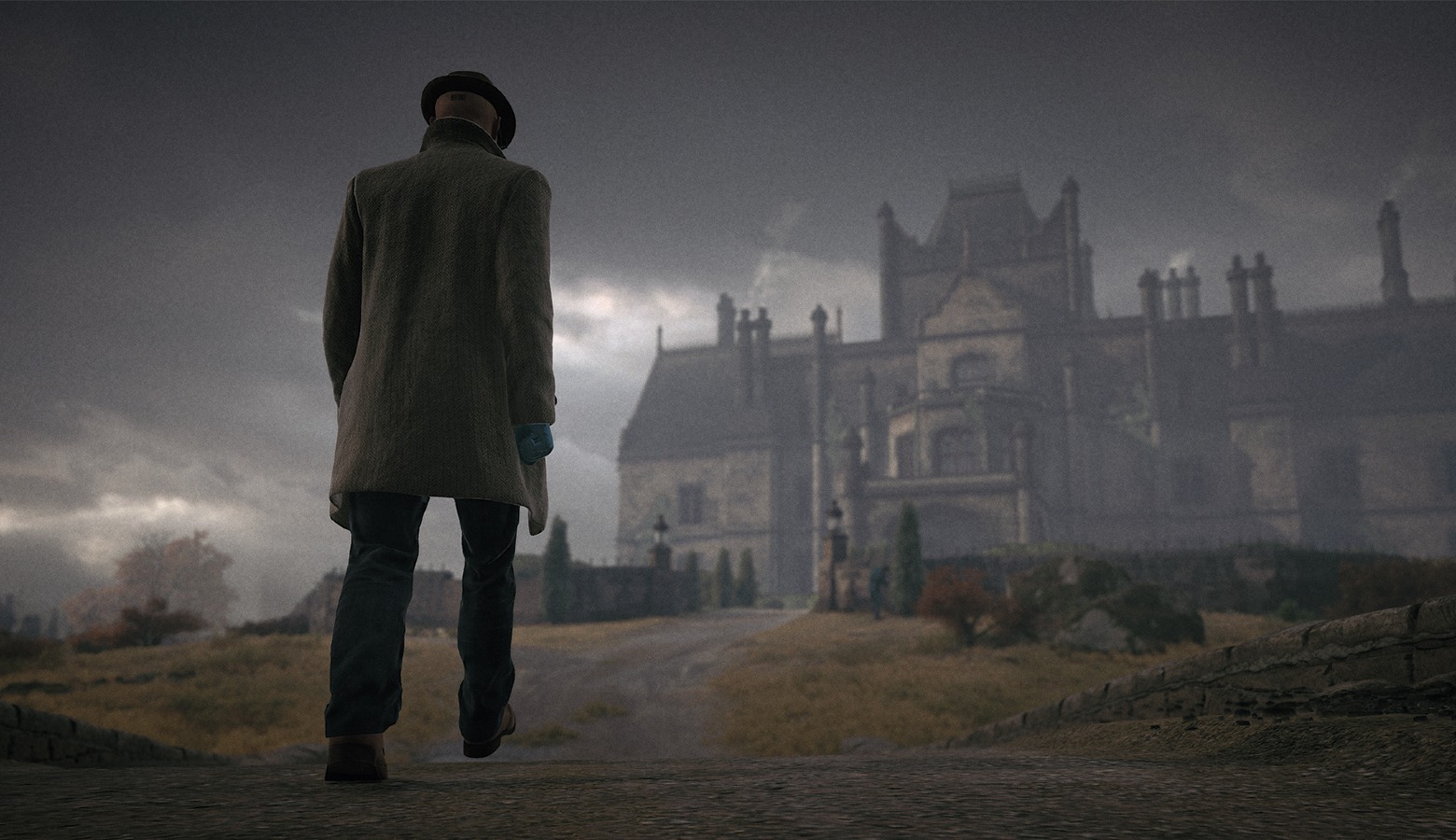 As a counterpoint to this, however, one level in particular seems to lend itself to a more actiony approach, in a way that puts it into a category with the famous last level of Blood Money and the infamous Columbia mission from the very first Hitman: Codename 47. It's not impossible to play this one with stealth, but the design literally railroads you into a series of what seem to be set-piece firefights.

Overall, Hitman 3 is shorter than the last two, and the first and last missions are both pretty lightweight. There are no new sniper assassin levels. But both of the previous games had some new content after release and IOI have already announced that they plan to add new levels to Hitman 3, so maybe the thin fare might bulk out with time. Nonetheless, there may be some players who feel let down by this particular method of delivery.

As this is currently an Epic exclusive, there's a save game transfer that pulls your progress in from Hitmans (Hitmen?) 1 and 2. This progress copy is incomplete and imperfect, and feels a little shoehorned. I lost a little escalation progress, but honestly this is a pretty small loss in the scheme of things. 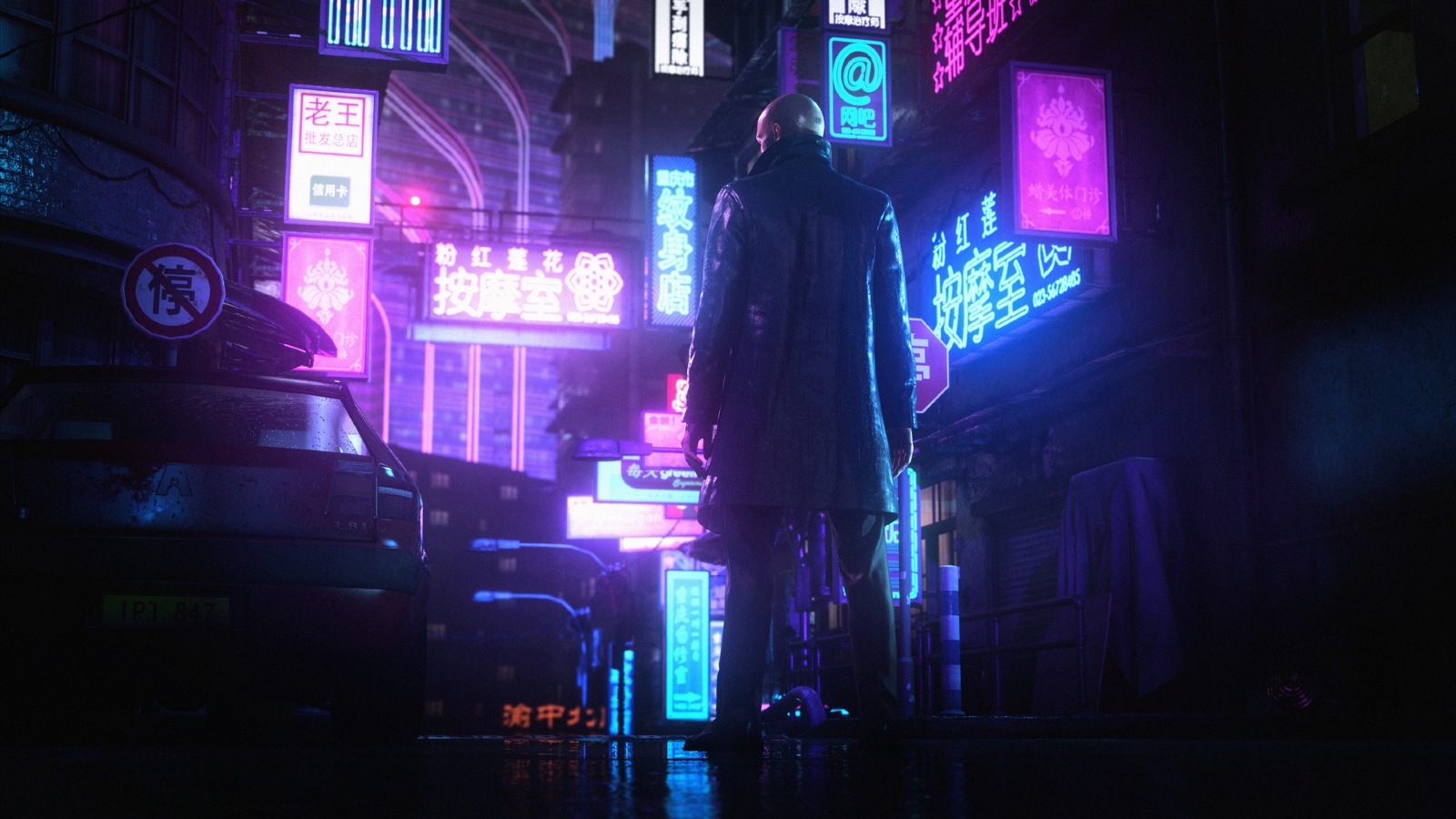 I dunno. This might just be me. And it might just be because I'm looking for something to complain about, but it seems like the mission stories - series of set-piece situations that lead you from point to point to provide a usually-neat mission conclusion - are more spoon-fed in this iteration. You'll start a mission with no idea what you're going to do, then you'll almost immediately hear a conversation that'll send you to a place, then you'll need to grab someone's clothes, and move through a couple of conversations, do a relatively straightforward stealth bit or too, pick a lock, talk to a couple more guys, and there you go.

Perhaps the previous ones were just the same, but some of the missions stories this time around seemed to sacrifice challenge for their sheer eagerness of spinning you a cool, high-tech Robert Ludlum-style airport thriller-style yarn. Personally, I'm totally okay with this, as the stories ARE really cool, and if you're really paying attention, they tie back in to the lore established in the previous games in a way that is self-reinforcing and crammed with delicious easter eggs. 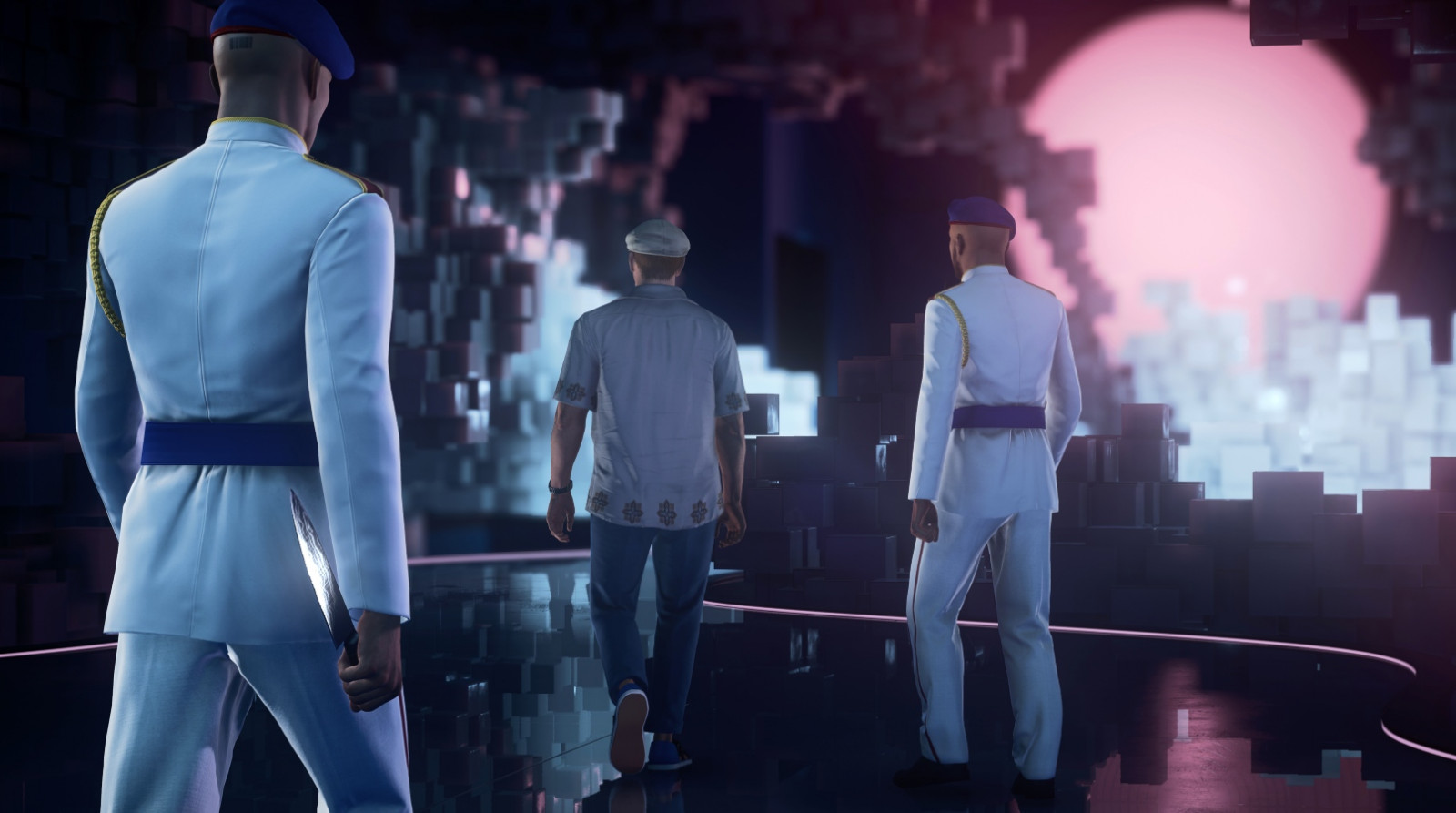 With all of this focus on detail and story, it is always jarring that IOI seem to have a stable of about five voice actors, which they use for their international thriller. You'll hear the exact same accents all over the world - I can tell you for a fact that people who live on Dartmoor do NOT sound like that at all - and it sort of cuts into all the hard work that IOI have done to create a living, believable world. The voice acting is at a pretty good level; it is just a shame that there couldn't be a few more correct regional accents in certain locations to double down on the immersion.

I don't have a surprise twist for you though. Predictably enough, I loved it. I loved the stories, the variety in approach, the focus on concluding the trilogy in a (mostly) satisfying way. I loved the literary and cinematic influences. I really like IOI's commitment to ' backwards compatibility' - unlock a sniper rifle in Hitman 3, and sure! You can go back and shoot people with it in Hitman 1. I occasionally get frustrated with the way that the online mode features can be a little unforgiving on a poor internet connection. But overall this is a game I'm sure I'll still be dipping into for years to come, just as I have with the previous two.

It's the best action shooter series out at the moment for sure.

“In case there's a bot from Intel that monitors posts of different websites, report this to your mast...” - Gankutsuou

Love the title of the article. Kudos!

One thing left to do - wait till it "launches" :D

I liked how you "executed" this joke.

You could say that EGS murdered my excitement...

You guys are killing it!