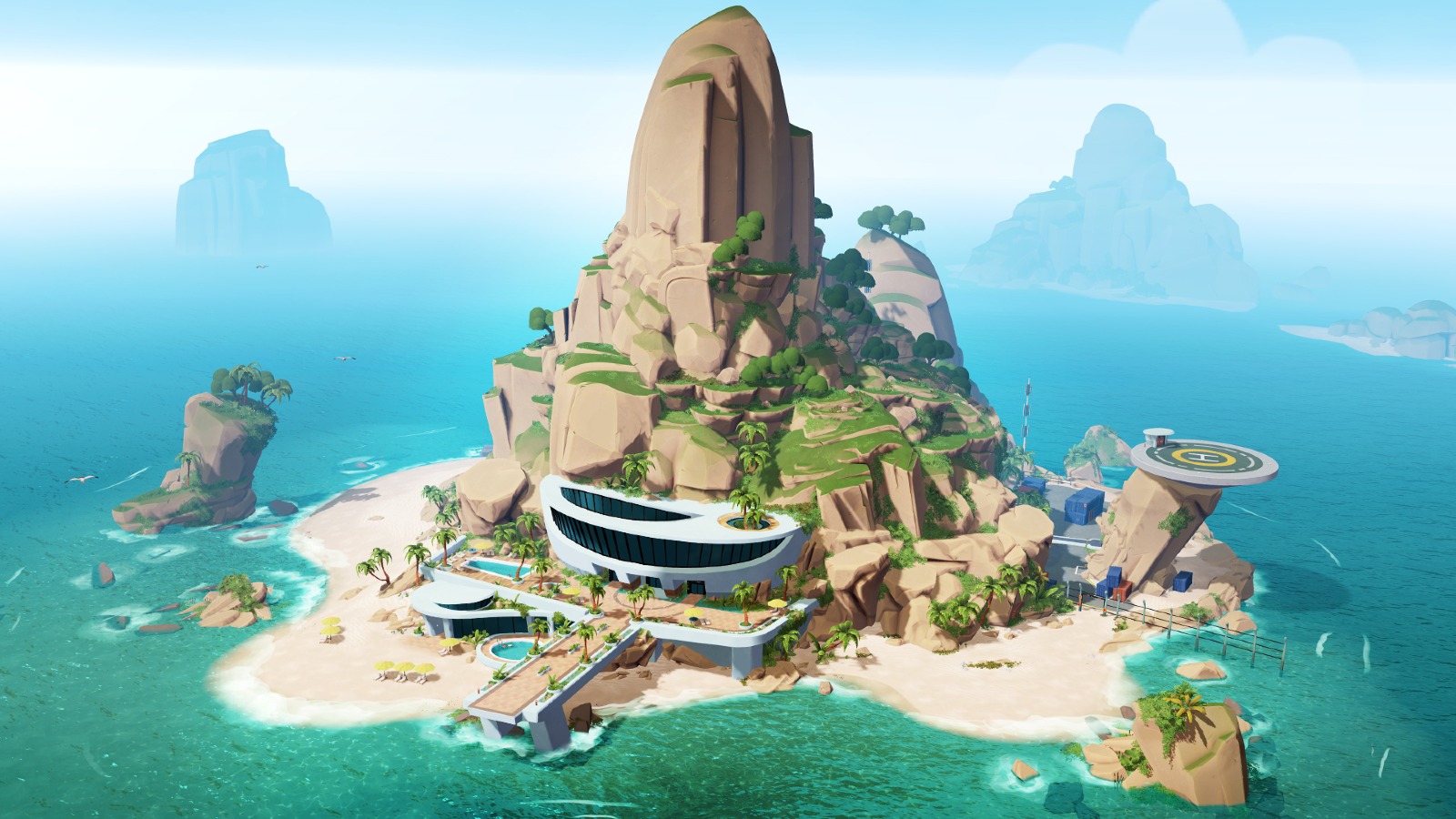 So when I first took a look at Evil Genius 2, I was expecting a lightweight base-builder with a sense of humor but little that's really memorable. But then I heard that it featured the roaring wonder that is Brian Blessed and I was all-in. Because who doesn't want to see Grampy Rabbit conquer the world?

You play the part of Red Ivan (or one of a number of other supervillains with their own special abilities, none of which is 'voiced by Brian Blessed' and are therefore lesser fare), building and populating an evil island lair around a casino front. From there, you fend off the agents of... well, I guess justice, although they basically just seem to work for other evil organizations, but I might have that wrong.

In addition to the generator building, guard training and tech researching that will be immediately familiar to anyone who has played a videogame since the release of Command & Conquer: Red Alert, there is also a world map where you can deploy your minions on jobs to make money, advance the plot or - most frequently - reduce the 'heat' on your operations. This screen, while in some ways the 'point' of the game, rapidly became one of the biggest chores. Areas where you've established influence will slowly gain in heat, and if you don't send a constant stream of agents to reduce this, eventually the operations will cease and the flow of enemy agents to your island will become tougher and more frequent. Which feeds into the other chore of the game - defending your island from enemies.

This is sort of the heart of the game, of course. You build a series of defenses, and the enemy tests them out. If you kill enemy agents, they end up in body bags littering your base causing annoyance to anyone nearby and allowing other enemy agents to take photos of them, which increases the suspicion around your operations.... So basically, if you don't constantly dip into the operations screen to send hordes of minions to keep the heat down (causing ridiculous traffic jams as they all wait for your one helicopter), you'll end up with a casino littered with body bags that take forever to get cleaned up.

All of which is sort of a bit annoying. I mean, it's fun to build a huge underground money vault protected by a high-tech gauntlet of fiendish traps. It's kind of a strategic challenge to provide enough facilities and resources around your important rooms so that your staff have access to food and rest without having to walk for miles through the base. And watching your minions hard at work on the big, 60s-style computer consoles and giant wall screens in the control room certainly does give that feeling of overseeing a Blofeld-esque villainous base. But the part of being a supervillain that is modelled best by Evil Genius 2 is the anguished cries of frustration as the enemy spy dismantles your carefully-created plans.

Some of these things could be easily fixed with just a slight balance tweak. Minions lose morale too quickly. Power generators produce too little energy to justify the amount of space in your base you're forced to give over to them. Certain henchmen are too effective in specific ways against enemy agents, so attacks on your base are often handled in the exact same micromanage-y way every time, which is a shame as there's obviously been an effort to reduce the amount of micromanagement necessary on the lair mode. 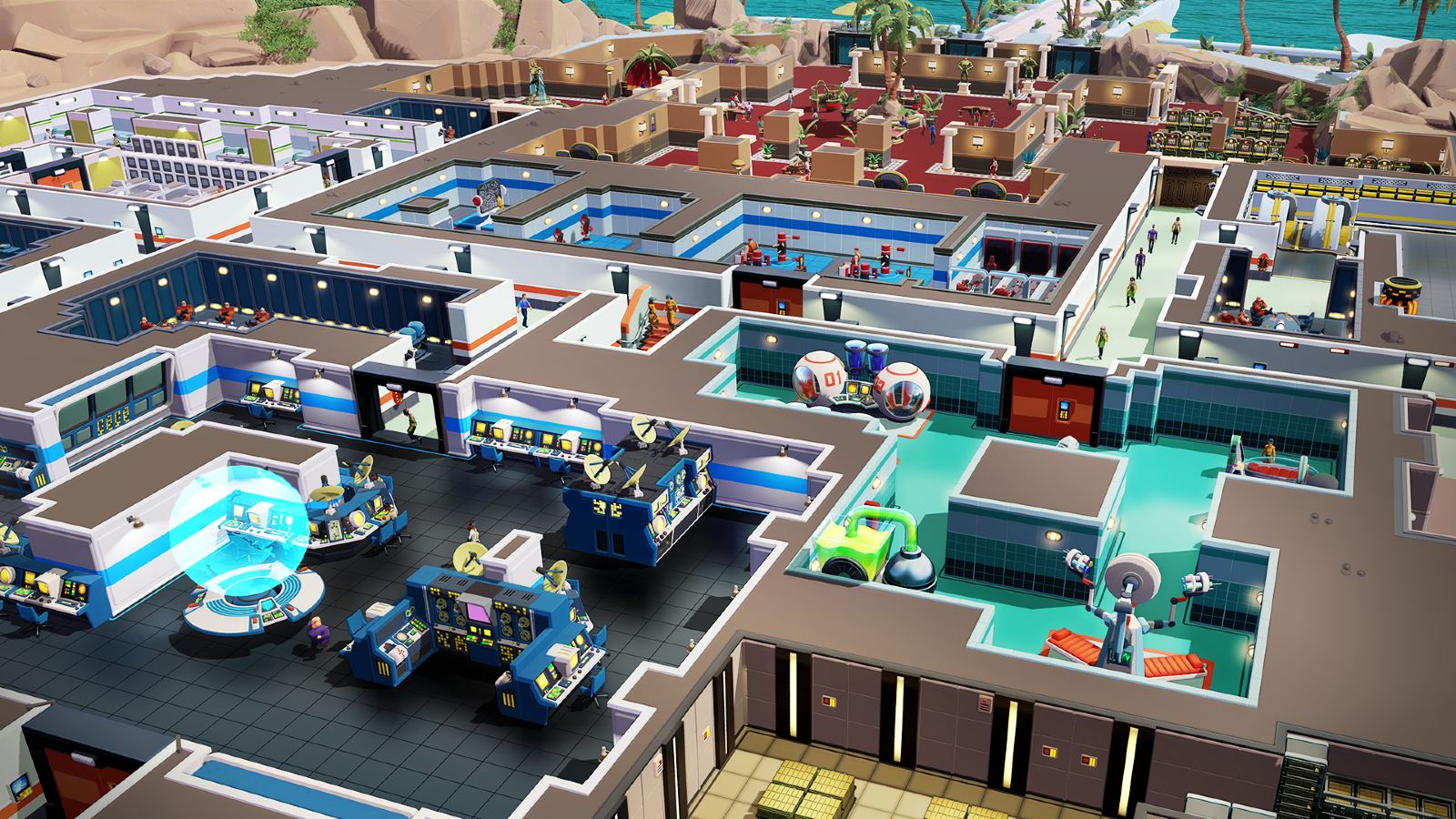 And of course, the global operations screen is just an annoying bleating most of the time that demands constant attention even when you'd rather just concentrate on your new science lab, or on trying to corral enemy agents to your casino. Messages and updates are delivered in an inconsistent and really confusing way that can lead to far more poking and pecking on the world map than is really necessary.

And Brian Blessed. Well, he's just phoning it in, really, isn't he? I mean, he's still wonderful, of course. But despite his characteristic brashness, there's still something missing. I think it's probably the dialogue. It's often confusing and rarely all that funny - many of the schemes don't even really make any sense, and it seems like some of the description text is still just placeholder stuff that was never updated in the final build.

There are certain animations that are fun to watch, and when everything is flowing correctly it can be quite a laugh to just watch everyone dashing around the base, busily twiddling levers and lounging around in the guard rooms. Rooms unlock at a pretty good clip, so there's usually something new to tinker with, at least early on, and the tech tree gateways new items so there's a constant supply of fun new things to try out as the campaign mode proceeds.

Honestly, the base building side of the game is definitely where it's at its most fun. Working out where to put your most valuable and most evil treasures to keep them out of the prying hands of do-gooders, protecting your inner sanctum with guard posts, laser gates and waves of traps... that's where Evil Genius 2 shines. It's fun to see enemy agents get distracted from their missions by your glamorous socialites and baccarat tables, and once in a while something unscripted happens that's truly wonderful, like the brave minion who kept playing the piano in the casino while literally everything else in the room was on fire. 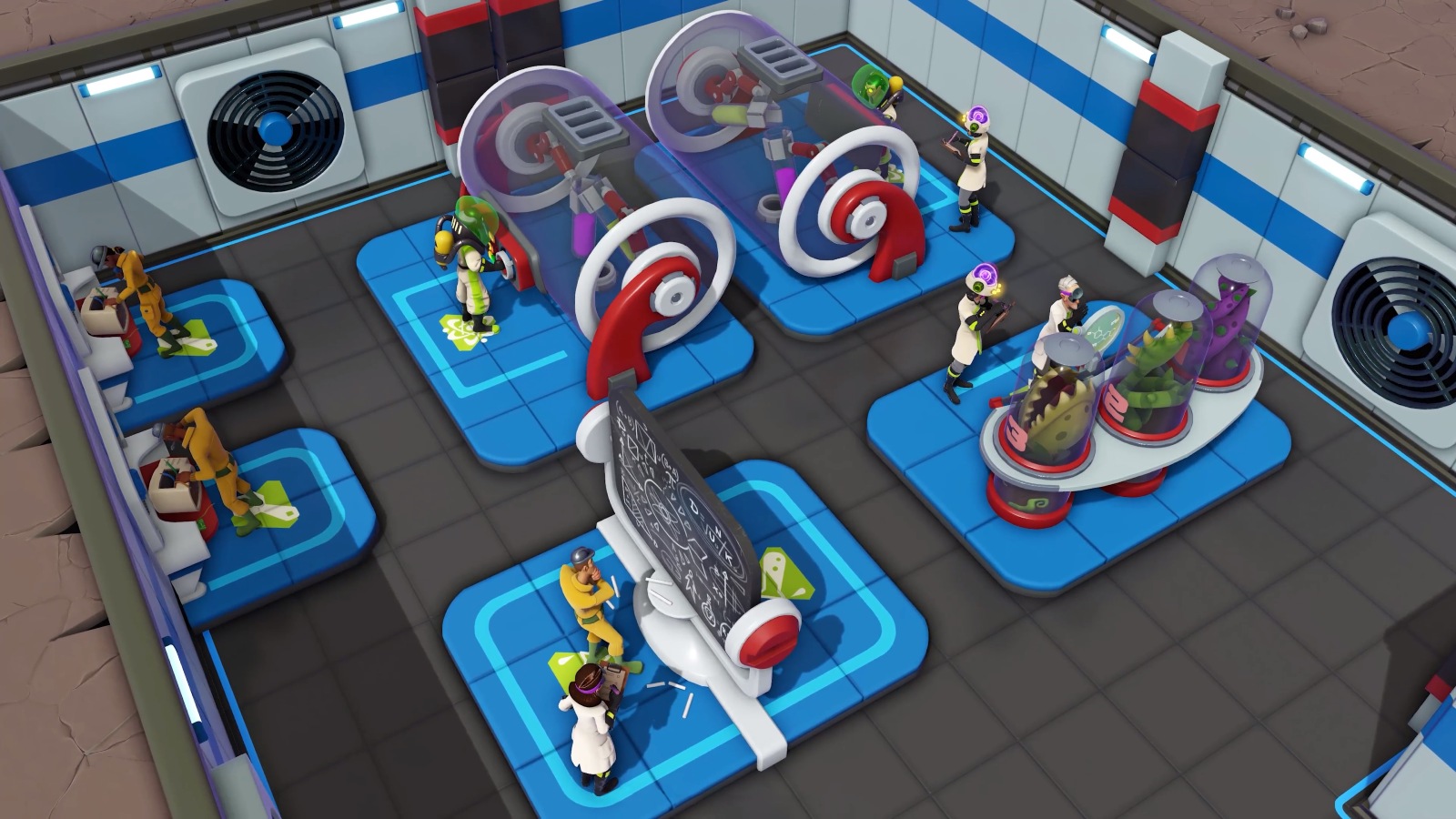 While the characters are one-dimensional cartoony caricatures, that is entirely on purpose and feeds into the game's gently lighthearted vibe. And there are a ton of them, too. Friends and enemies that pop up time and again to lend a little more solidity to the game's setting. Even your massed ranks of minions have a little personality too every now and then. Overall the feel of the game is similar in a lot of ways to Tropico - you're building to try to keep the resources and the workers that work them as close as possible.

There are tons of characters on the screen but your most important one is the boss man who you can control directly. You sometimes find yourself waiting for an influx of money, and when it drops you have it all spent in a matter of seconds. I think much of what appeals in Tropico also appeals in Evil Genius 2 - sometimes you'll just build a big, cool room full of fun and awesome decorations just because it's cool. You can wander around being a jerk to your minions in order to scare the rest. There is always something new to do, even if the base defense and world map elements are a bit on the needy and samey side.

There are not all that many games around like it. As an overall strategy-come-management-sim, it's fair, but with a few annoying and perhaps unforgivable flaws. As a chance to stomp around in an underground base built into a volcano, shouting at people and firing giant superlasers at Australia just for the sheer fun of it, it's pretty much your best option.

Ohh, this is amazing, I love that game. I always learn a lot about this and here i found the complete details.

I enjoyed your review Thomas, but I came to a greater appreciation of the game. You note the constant demand the world map screen puts on you, but by managing crime network levels you can "cramp the enemies style" so to speak: limit your enemies potential and the task becomes easier!