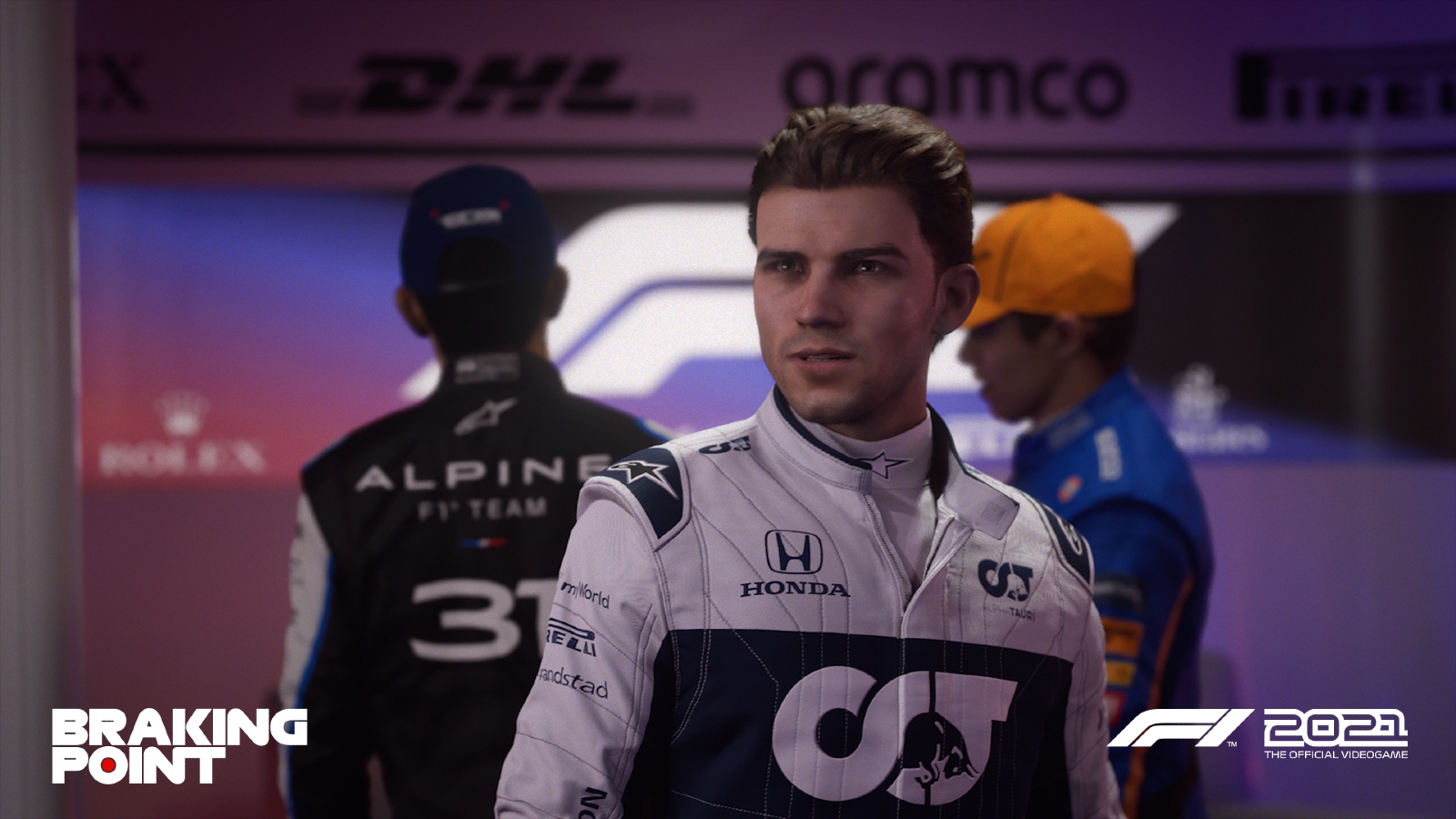 Here we go, the moment all F1 game owners and fanatics were waiting for. The first F1 game since Codemaster was bought out by Electronic Arts. Has it changed for the better or the worse? Thankfully, so far it's looking like it's for the better. Some major changes have made it into F1 2021, including something that has me more excited than the titular Braking Point game mode: two player, or co-op driver season.

The main selling point for this years F1 is of course Braking Point, referring to an automobiles 'brakes' and not 'breaks' as it is commonly misspelled. For those who play Fifa, this is very reminiscent of The Journey in that game. You play as a young buck just getting into the sport, you play a few chapters or small sections of a race, and sometimes even a full race. It seems to be Drive to Survive the Netflix series but built into the F1 2021 game, and it doesn't do too bad of a job.

I wish it was full races with post race interviews and some behind the scenes for every race, but I can't see most people who want to play it getting bored. It starts off in 2020 as well, so don't be confused as to why it's the older teams and drivers. Overall it is well done and could be progressing to something even better for future games. I particularly love seeing the tweets from Will Buxton and F1 YouTubers after a race weekend showing up in your main Braking Point menu, it's quite entertaining. It's also why the game has almost doubled in size from previous F1 games.

A host of changes has also occurred, my favorite probably being the co-op or two player F1 season. As this was a pre-release build and my friends haven't had a chance to buy the game yet, I haven't been able to try it. But, two options are available: race for the same team as team mates, or become each other's rival and race for competing teams. 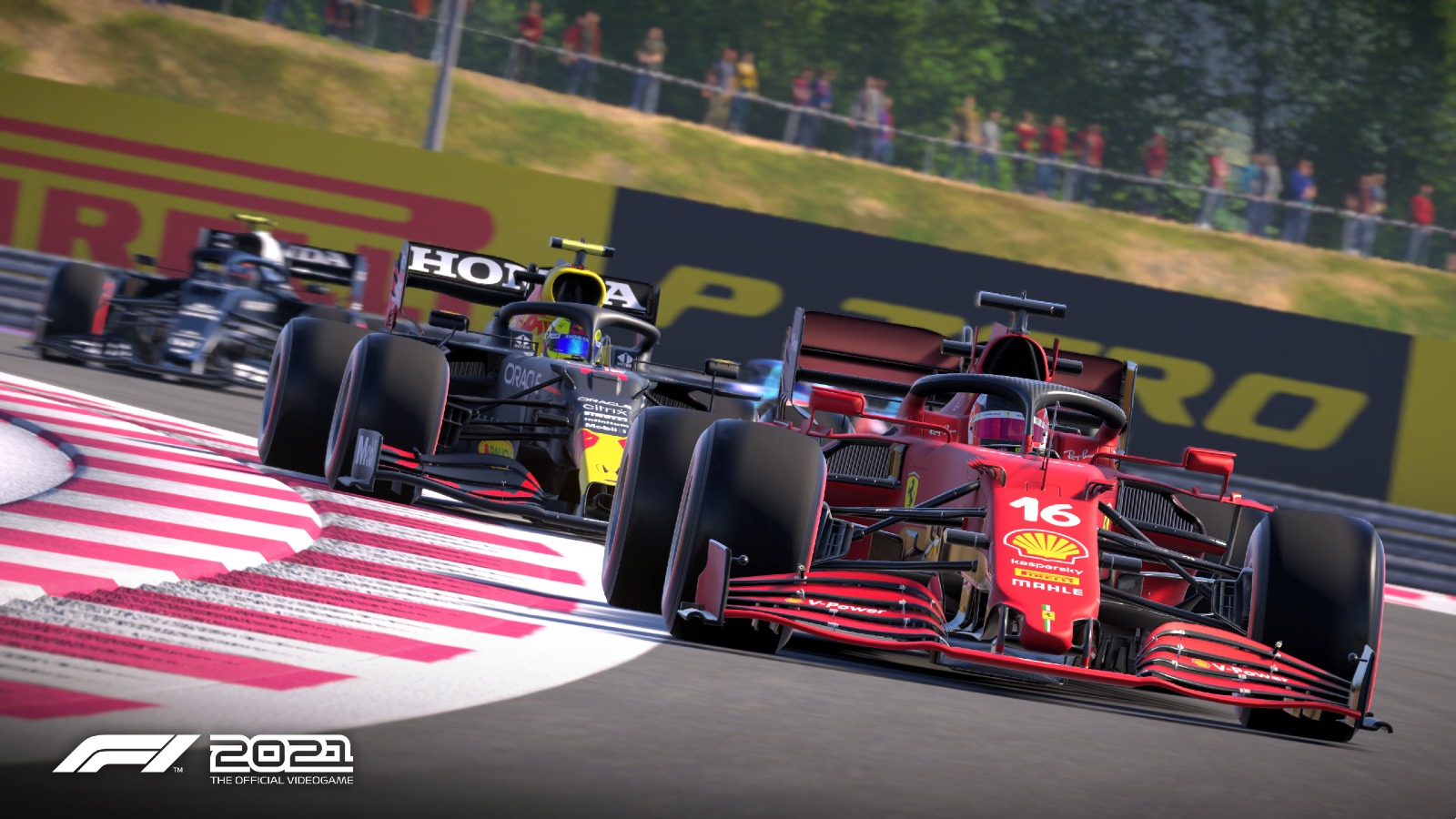 One of the best changes that has finally happened is sound. This has always evolved with the game but now seems to be a major improvement even over F1 2020. The transmission whine clearly being audible is such a welcome change here.

The graphics haven't changed by much, though ray tracing has been added. As I don't have a new-gen graphics card I wasn't able to test how well it works though. The biggest change that hasn't been mentioned however is the game has now become DX12 only, which might make the game unplayable for people with older GPUs but I don't think it's too much to be concerned about.

The cars themselves seem to handle differently than last year, with the damage model being reworked as well: you can now get damage to your floorboards which will dramatically affect handling. Jumping from F2 to F1 in braking point was such a massive change, F2 cars handle completely different then F1 cars and it had me retrying the first chapter of breaking point a few times. 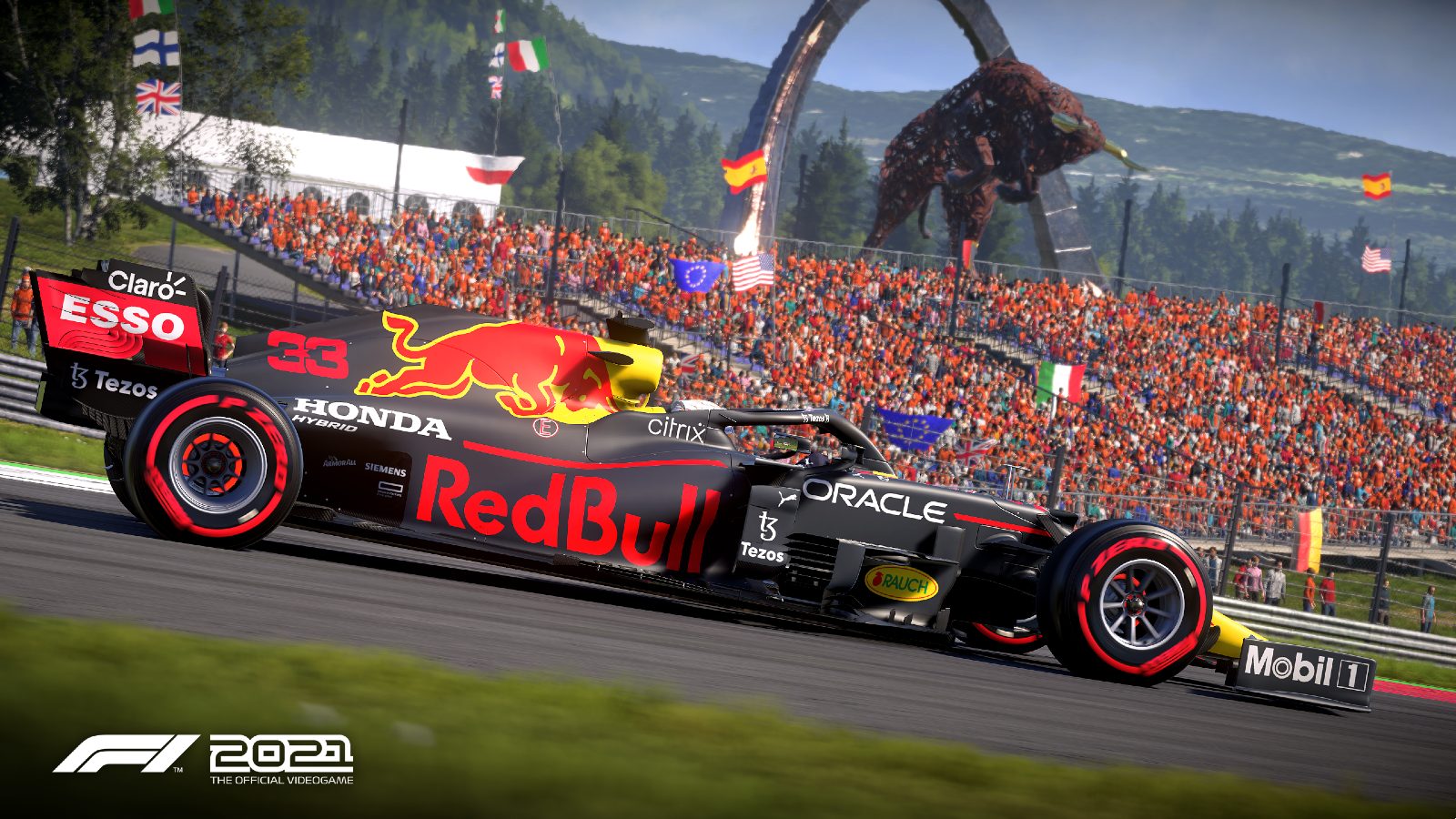 Every assist available in my team or driver career is also available in braking point. You can try with no traction control and no ABS, to having full assists on if this is your first time playing any F1 game. As always, you can turn damage off, have it reduced, full, or even simulation where the most minor of scrapes will obliterate the front suspension.

Overall, I find the game to run much smoother than F1 2020. It's great to see codemasters actually fixing issues from the last game to this game but only time will tell. Is it worth buying if you already own F1 2020? I don't think so, unless you are a hardcore F1 fan and really want to try Braking Point. For me, the biggest reason to buy it would be for the co-op career, which just seems like too much fun having your friend as a rival or even a team mate and dominating the season. Hopefully this gives way into maybe having a co-op My Team game mode in the future. Seems like a great step forward and I'm glad EA being involved hasn't influenced Codemasters that much.

cool symbol Add value to your text by using beautiful, unique font styles. Generate different fonts using our cool font generator to increase your brand recognition. You can also download the Font app for a more seamless experience. 500+ stylish fonts are available within the app along with cool symbol fonts and Lenny faces.

Our best online font changer tool generates great and very stylish font text that you can use over your Twitter, Whatsapp status, Instagram bio, Captions, and cool names in online games. You can also download the Font app on your mobile device to get a better user experience.

We assist you in increasing the reputation of your website by improving your online representation with the help of our professional SEO experts. You can get Search engine optimization services from us. for more information contact us Aquatec Innovative Pvt Ltd.

At Aquatec innovative Pvt Ltd, we work with a systematic development approach to build custom Web Applications. Our highly skilled team of developers have extensive knowledge in the latest technologies in the industry. You can hire woocommerce developers,for more information contact us.

out of curiosity does anyone miss the absence of classic cars? i really liked them alot, as a matter of fact when i and my frineds raced we pretty much always used classic cars only. mostly to get an even spec series out of it. any oppinion

"...Braking Point, referring to an automobiles 'brakes' and not 'breaks' as it is commonly misspelled"
is then followed by
"F2 cars handle completely different then F1 cars and it had me retrying the first chapter of breaking point a few times"

Yea my bad that totally flew over my head haha. As a master auto tech i should have done better lol, apologizes.

Haha, it's cool, I kinda felt bad pointing it out, but it was a bit funny in my head too :D

waiting for a full track pack update before I get it

Yea, thats probably a downside of 2021 but it was to be expected.

iapp technologies providing all types of IT Services like:

If you want to know more information about iapp Technoglogies LLP So visit our official website: https://iapptechnologies.com