A modern day warzone - you want to be in

Guns!
Not the old WWII spurt’n hope kind of guns, but the aim, squeeze, short-burst testing' modern ones that everyone's using nowadays. And that’s exactly what you get in Call of Duty 4. After being firmly entrenched in the 1940’s, CoD has finally moved into the slick combat zone of modern day. It’s still war and it’s still insane.

You start out as a fresh faced SAS recruit, if there is such a thing. You are in an aircraft hanger, somewhere in the UK, shooting up a wooden mock-up of a cargo freighter, pop-up wooden enemies and all. This gets you re-acquainted with the basic FPS control system that all CoD games have stuck to. Chest puffed out, you report to the grizzled Captain Price, proclaiming the fastest time for shooting wooden cut-outs. With a nod, Price has you in-the-hell-of-all-storms, mid-Atlantic, hovering over a real cargo freighter, in a buffeted helicopter. Rain blurring your vision, you abseil down to the real thing.

The single player campaign alternates your role between the SAS and US Marines, all the while rocking your imagination with different objectives and locations. Call of Duty games have always been brilliant at keeping the content fresh and fast paced. This momentum is maintained in CoD4 and enhanced by the splendours of the graphics engine. The cunning AI lend to the rapid gameplay and will flush you out with grenades and flanking manoeuvres if you don’t think to do it first.

Load times? Even the points between missions sneak up on you. Stepping around a corner after a huge fire fight, the camera whistles up into the sky and turns into a satellite view of the region. A rundown of current events comes across the radio. The satellite moves to the area of interest. The camera zips back down towards the hotspot, into the back of your new guy’s head and away you go again.

The recreation of a warzone is done so well that half the time you don’t know what you are shooting at. Trying to fire more bullets than the enemy and tossing their grenades right back at them is sometimes all you can do to stay in the fight. And this is where the chaos turns into my first moan.

Am I actually making a difference? Often it’s too crazy out there for me to get a shot off without dying. If I do manage to take a couple of the bad guys down, a stream of respawns are ready to take their place. I noticed the respawns when I got pinned down quite early on. Me and my boys were entrenched, racking up a brutal body count but we still couldn’t make way for my heroic charge. Eventually I just charged, got hit, fell back. My plucky comrades however, had taken my cue and burst forward. As soon as they moved a couple of metres ahead the enemy all but disappeared from what was, moments earlier, the perfect defence. Then I noticed another reality breaker, sometimes my allies were actually invincible. Taking bullet after bullet they fought beside me to keep the balance, to let me continue playing.
So hang on, what am I doing here? It was obvious that no heroes were allowed, as they kept painfully showing me. Well, I’ll tell you - enjoying every crazy experience it throws my way.
Imagine this: weaving through a farmer’s field on a moonlit night, a line of enemy combing it for any trace of resistance, their sniffer dogs baying for blood (beware the dogs!), all the while trying to dodge a helicopter spot light. Or how about: on your belly in a gillie suit, slowly wriggling forward, through thick long grass while an army of men and tanks march directly towards you, passing only inches away. I actually held my breath and, to my shame, froze.

The question here is, are you a quality or quantity kind o’ person, because the game is over in a flash. It’s too fun to stop playing and short as hell. Only half a dozen hours long. You finish and know you could play all the missions again.
But is it enough? Hang on a minute, there’s a whole bloody multiplayer section to the game that I haven’t even touched "yet" and I can tell you it adds days, weeks or even months to the experience. 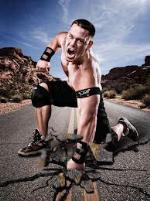 Great review F,i also got really sweaty when i was passing next to the army in ghillie suit,it took me a couple of retries :D