We are out of food MLord

Ten years later after the events of the first game the plot of Stronghold 3 begins, following the story of The Boy. For those who haven't played Stronghold, you take the role of The Boy, on a quest for revenge against four enemies that killed your father: The Rat, The Snake, The Pig, and probably the most important of all The Wolf.

SPOILERS (from the first Stronghold): At the end of the first game you killed The Wolf and he fell to his death, or at least, so you thought. After his recovery The Wolf is gathering new allies to take down The Boy, now a man, who defeated him 10 years ago. This is where Stronghold 3 begins.
For anyone who played any Stronghold game before, you'll be familiar with this year’s title. For those who didn't, well there's a Tutorial. Not a very good one, but at least it explains the basics of the game.

First of all, there are two campaigns - one Economic, which is all about gathering resources in a set amount of time, and another is Military, which is more about getting an army and fighting your opponents. At the beginning, missions are pretty the same – you attack or defend Wolf and his companies, but later, there’s a variety of missions, and you have to use all your knowledge to win. Difficulty is pretty high in these two campaigns, even for those who spent hours playing previous Stronghold games, like myself.  Another interesting game mode is the Historical Sieges, which are based on real battles. You can either attack or defend a castle of your choice from history.
These are still the same ones, just with minor tweaks.

One of the most annoying bugs in the game is cursor accuracy. I've never come across worse, and I've played a lot of RTS games. For example - you're attacking an enemy castle and archers are firing arrows at your army. You need at least 5 minutes before you gather your whole army and march into the enemy castle. By the time you do that, your army will be long gone. If you do manage to get into the castle then you must click randomly on your opponent’s army until the "Attack" icon shows. Maybe it's not so bad when you actually play the game? If this is the only problem that bothers me, this might be a good game, but it's not.

The map poses another serious issue. You can barely see anything in it, there's just a mix of colours. If you are being attacked, you can't see it on the minimap, you'll have to look it up for yourself, just to see that your king is half-way dead.

The interface is also a big problem. There's no health bar, and most of the time you have to zoom in straining to see the information you so desperately need. With enemy and ally health bars becoming a confusing mess, its hard to judge the real state of a battle.

Possibly worst of all though is the skirmish. There isn't any. Yes you heard it right, there is no skirmish. This sandbox battle approach has been an enjoyable time sink for many playing the Stronghold 3 predecessor, Crusader, and a firm favourite with fans of the series. Through the Skirmish mode you get to see all the features of the game, but currently Stronghold 3 doesn’t offer this mode. Due to the high demand of Skirmish mode on official Stronghold forums, it may find its way into the game through a patch. But at the time of writing there is no plan to do this.

You still have a Free Build mode. As the name of the mode suggests you can build your medieval castle unimpeded, as there are no enemies to deal with. But with only two maps this also feels a little restrictive.
Stronghold 3 sports a new graphics and game engine called "Trinity", (and Havok physics engine) which was used in the latest Settlers game. This delivers an excellent step forward for Stronghold and sometimes the game just shines through it. Trinity allows the budding castle builder the ability to rotate any buildings and walls, which obviously provide huge building flexibility. Light and fire effects are pretty good as well and used through night attacks on a few occasions adding some real atmosphere. Even though tearing down an enemy building can look very impressive you have to consider that there is still at least a seven second animation that needs to end before you can enter your foe’s castle. This can lead to some frustrating sieges if you miss-time your assault.

The only thing with what I am really satisfied is all the components you can build to make your castle more real. There's a huge variety of it and it gives you that satisfying feeling just to look your castle when it's done.

Cut scenes are strangely hand-drawn stills without any colour. Most of the time you can't tell what you are looking at, but occasionally they can be very evocative and beautiful.
The last important aspect to mention is the sound. There's nothing of that EPIC Stronghold and Stronghold Crusader soundtrack. There are just a few tracks that play over and over and the unit response is taken from the previous Stronghold games but with fewer samples. This was certainly disappointing as its hard not to miss the brilliance of the medieval melodies from previous games. By the time you reach the fifth mission you will probably switch off the music due to its repetition.

As a huge fan of the Stronghold series I am sad to say that with a number of major bugs, hopefully to be ironed out with a patch, you shouldn’t expect too much from this at the moment. I may have had high expectations but I am certainly disappointed with the effort. If FireFly is wise enough to listen to their fans and fix everything they've screwed, then this might become a good game, but until that day comes, look to get your RTS kicks from another game.

For the end, if you want to have some fun with this game look at this video, and take a laugh.

“If you're considering Intel GPU's I would advise you to wait till you see game benchmarks.” - Gankutsuou

Maybe something went wrong with the development, like in Cities XL. 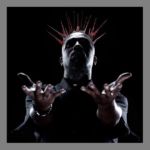 I was waiting for this so long, im a huge Stronghold fan (except Stronghold 2)... Now i feel empty inside!!!

Damn it, the game looked so good im dissapointed now :(