They show you a beautiful game with gorgeous lighting effects and textures.But,after the game release you notice that the game does not look as it should.graphics doesn't look as good like before and barely if you can run it at 30fps on your High-end pc.Sound familiar?

Need for Speed Rivals on the other hand is locked at 30fps,and not many players consider 30 fps playable.If you try to get more then 30 fps(60 fps) your game will run 2X faster.But there is a solution, go to your 'Need for Speed:Rivals'properties,click on shortcut and add " -GameTime.MaxSimFps 60 -GameTime.ForceSimRate 60+" to the 'Target entry' don't forget,if you use this you will have to keep your game on a constant 50-60 fps. 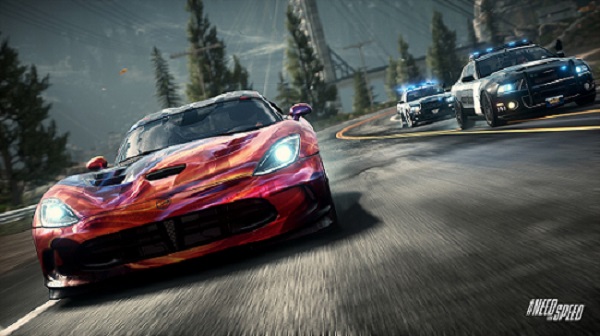 What is the future of video games?

The developers care about pc gamers?

let's make few things clear:
1) developers are not entitled to care about gamers, all depends on publishers
2) developers don't care about gamers (I also voted;), because they make games for living, they cannot really put honorable goodwill on first place, job is about money
3) most people who dare to blabber about optimization should first TRY some engine, eventually making the game - they would stop complaining and blablabla all that bullsh!t (no offence to anyone, just friendly tip, perhaps you'd start making a game like me haha)
4) game industry is INDUSTRY, BUSINESS, deal with it - no hardware manufacturer could survive on market if games were not targeting higher requirements - they cannot really care that people cannot afford buying high-end PC every 2-3 years
now, let me bring my point of view for your question "What is the future of video games?", I think recent tablet/smartphone/smartTV boom and Indie games boom pretty much explain and "route" the future: graphics will tend to be more simple (but demanding at some level), games will tend to be more tacky overall (hail to few exceptions like CD Projekt for ex. who can provide premium quality games - but not yearly), without GD (not joking) people could really get caught in lies and misleading information (just remember when I said months before next-gen console release they're weak - and it's confirmed XBOX ONE upscales many games from 720p and PS4 from 900p) which could eventually lead to death of desktop computers in "household" sphere....

yea, it's quite sad, that's why I'm making Underground 3 as fan/fun project to see if it's possible to provide "game" for free :Ä

Yeah, money is what ruined EA. I remember when I was like what...3? 4? I would see the EA logo on NFS High Stakes and think they were godlike beasts. There are some companies like Bethesda and CD Projekt that still care about PC gamers, though, so not all is lost! By the way, how is you're UG3 development going?

Wow Tzzsmk could not agree with you more..there could have been another point i guess and that could have been as people are generally set set for 5 years with a new console with no need to upgrade thus leading to higher console sales and less of PC..and the general audience dont really notice the difference b/w ambient occlusion off and on..if you know what i mean..:)

so where is more money they will care more about it :) just my opinion :))

They care about pc gamers but idk they get there money on consoles more :) we pc gamers have torrents and copys :) PS4/XBONE players must buy a original game :) but otherways we must buy batter cpus , gpus every couple of years

In another way that could also mean crappy ports on xbox one/ps4..;)

agreed with marks comment there. just to say and my opinion i prefer to play games with better story line then with good grapchips just like that :)