I was wondering why GD doesn't have a server in Team Speak 3.. it would be great because people will be able to communicate with each other through not only text (as in our GD Chat) but also in voice and will also be able to share files through channel browser of TS3.

There can be made several Channels for different Departments.. such as depts. for Junior Admins, Senior Admins, General, Discussion about CPU/GPU/new releases, etc. But this idea about having a server in Team Speak 3 would really do more publicity to Game-Debate and also it would be a great interest to those who likes to communicate over voice :) . and also advertising this in GD and our youtube channel would make this a popular thing and a very curious one for those who doesn't know about TS3 yet. This would also keep people more active than now.

Thanks. I look forward for other opinions too, hope I could help with some ideas. 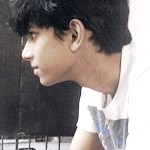