Hey folks! Its been a long time. You know those things that inadvertently arise as and when you grow and starts trickling away your time from the things you love doing the most? Well, I came across that point - this time, last year. But there's more to it. There will always come a time when you will go back to them. And that's me - this time, right now :)

Now with that aside, would you like to know what's making me write this blog? Well, the old folks here know I love penning blogs and they always know I was very fond of the game Mafia 2, despite it's deserved criticisms. So, get any clues to where Im heading?

I loved Mafia 2. Yes, it was basically a lull in the replayability department after you've completed it's storyline. Yes, it didnt have those sprawling activities that other open-world games boast off either. And yet, I still love it. I loved the story-telling. I loved the setting. I loved dialogues. I absolutely loved the characters. So much so that I set aside all it's cons. Anyone else get absolutely shaken in the last moments of the game? If you did, you know what I'm talking about.

It's been almost 5 years since that game released. A new game in the Mafia franchise is well due at this point, wouldn't you say? For all of us Mafia fans, I think the time is close where we'll rejoice at the reveal of Mafia 3.

There's a strong rumor that Take-Two and 2K are finally ready to introduce the third chapter in the gun-blazing, drive-by shooting franchise at E3, next month. I dont know about you but that's cue enough for me to get terrifically excited for E3 already. Again, just a rumor but what the hell?! That's good enough for me :D

Now that we're in speculating territory, let's look back at the tid-bits about Mafia 3 up until now, shall we? There isn't much but let's play with what we got:

The first effective story regarding the game came out when Take-Two announced that Rockstar would collaborate with 2K, not to create a new property, but to better their own respective franchises. As per reports, Rockstar wanted 2K's expertise with making believable cutscenes for their games. Good choice, Rockstar! In turn, Rockstar would help 2K brush up their skills in making their upcoming open-world game (read: Mafia 3) more lively (read: side-activities etc). Again, this is just me reading between the lines and telling you folks about it ;)

The second solid story about the next game was that it's going to be in Louisiana. And that there are going to be 3 new lead characters this time - Tony, Mickey and Franklin. I'm totally fine with this. As I recall, there were many memorable in Mafia 2 with Vito, Joe and Henry. As for Louisiana, a quick Google search and it's understandable that this state is a ripe playground for some epic mafian adventures. 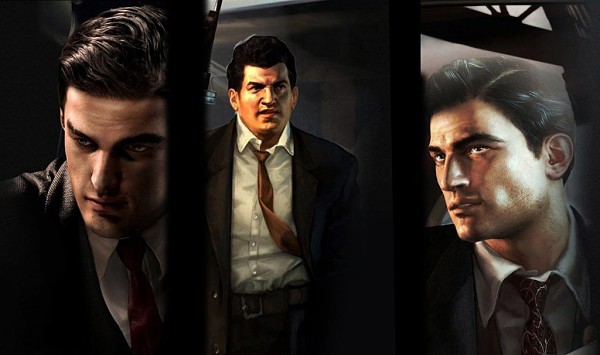 The third Mafia 3-related news that broke was by a.. credible source, if you will. Im referring to Rick Pasqualone, who voiced Vito Scaletta. He very recently tweeted that we 'might have some Mafia news very soon.' I buy that. The question, however, is how could he know. Because wasn't the earlier rumor referring to a set of new wannabe-mafiosos on the scene? Is Vito going to be back for this one?

Have many of you are as anxious as me to know of Joe's fate? You think he somehow escaped...? One thing is for sure, Im going to literally jump around my couch if he indeed did.

Salivate this: Joe survives. Blames Vito for abondoning him. On the hunt for his former best friend. Payback.

Regardless of this scenario happening or not, I'm in for Mafia 3, brothers and sisters. But...... MAKE THAT HAPPEN.

I'd love to know if my (old and new) fellow GD'ers share the same sentiments as me on this one :D

Oh, and I'm surely going to be more active now. E3 is right around the corner, folks! Brace yourselves.

You folks as excited as me for Mafia 3? D

I hope that Mafia 3 will have at least the same good storyline as Mafia 2 :D

I also Laughed When I saw it :p

Joe had his own DLC, so it would be a dick move to kill him.