I have seen this question a few times here on Game Debate before, and so I've written this blog to clear some things up.

Let's get rid of the obvious first: do you need to play any of the previous Fallout's? No, not at all; the reason being is that every Fallout game has a different story and protagonist. Pretty much exactly like the Elder Scrolls. A lot of people played Skyrim (including me) without playing any of the previous games. It didn't really effect the story at all. The only missing parts were some lore probably.

You don't need to play any of the past Fallout games, but there is some reasons why I highly recommend you do. For starters, you will get used to the way Fallout games play. For example, the mechanics and quests. The second, playing the previous games will make you know a lot more about the lore in the world of Fallout. In Fallout 3 there is a quest which may be related to the story in Fallout 4. You'll also know more about the factions, such as the Brotherhood of Steel. I think I would recommend playing Fallout 3 over New Vegas for Fallout 4 because it is set in Washington D.C., which isn't that far from Boston.                                   Another reason I recommend the past games is because they're freaking awesome.

Also, it's never to late to play them, I played Fallout 3 soon after the announcement of Fallout 4, and currently I'm playing Fallout New Vegas.

A lot of people may walk away from buying Fallout 3 because on the Steam store page it states "Notice: Fallout 3 is not optimized for Windows 7 and later." This is true, but there are fixes for it. One of the reasons it happens is for some reason the game doesn't really like CPU's with over 2 cores. There are fixes for it so don't worry to much about it. Sometimes the game can randomly crash and it doesn't like to be alt-tabed. There are also a ton of mods which can fix bugs and add some improvements. One thing to note is that mileage may vary in how much problems you may have. Other than that though, it is a damn fine game.

If you've made it this far, I hope you consider playing some of the older Fallout games, but if not, it's okay.

The previous fallout games are not necessary to understand the events of Fallout 4. However they would give you a better understanding of why these events are taking place. Bethesda love to put in Easter eggs and references so there may be a few jokes and references you won't understand. I would recommend playing Fallout 3 and then Fallout New Vegas before playing Fallout 4 as it gives you a good idea of what to expect and it would explain how Fallout 4 came about story wise. They are very cheap these days so there is little excuse. Have fun :)

I agree. They should be played for the references and for the lore of the world. 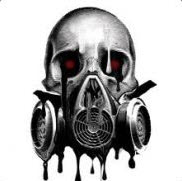 Hey my old friend! Time's been passing, huh?
It's not "required", since their story is something for themselves; it's always a new story along with new characters to relate to, but there's usually some references when it comes to the other games in the series, but not something game-breaking.
Anyways, i really think that Fallout 1/2/3/New Vegas is worth playing until Fallout 4 launches!

Yeah, I stated that in the blog and completely agree with what you say. I will probably get to playing the earlier Fallout games once I'm done with 4.

I still prefer 1,2 and Tactics.
1 and 2 radically different to 3 and NV but that's just the type of RPG's I prefer and Tactics is a great strategy game. I don't think you need to play any of them r to enjoy Fallout 4 :)

I haven't played any besides 3 and Vegas. I should play them though. And I suppose they are different because they are more like a traditional RPG. I don't mind traditonal RPGs but I prefer the style of the latter fallout games.

That's always preference, but i think both of them have some unique elements when you're comparing them, but since that New Vegas at least is Windows 7 optimized, im playing one the most, and i think the gameplay's slightly better.