It was dark but warm friday evening in Portugal. As usual, Pip was playing in his apartment after a rough day in the beach. He had bought Guild Wars 2 couple days ago and was completely addicted to it. ACT II of Guild Wars 2 Halloween event had just started and Pip had to get to new areas ASAP. So he went to Mad King's Labyrinth as his tiny Asuran Elementalist called Dimal.

Pip went to the kitchen and got some juice. He accidentaly spilled some of it to the floor, but was too busy to clean it up. Once he got back to the computer, it really happened..


He found it. Mad King's Clock Tower. He knew he would get an achievement upon completing it, so he went for it. He thought it's just an ordinary jumping puzzle, like the others. He was wrong. During his first try Pip noticed that the place was full of Norns and Charrs. Norns and Charrs are huge if compared to asura, about 5 times bigger. So his poor asura couldn't see a thing and drowned to green slime immediadly.

Pip tried again. Again. Again. And again. Total of 365 times he tried and died. Then finaly when all the norns and charrs had left, at 8:38 a.m., on the 366th try, he did it!
Compeleted what seemed impossible. Pip was so happy! He was very hungry so he ran to the kitchen. Unfotunately he was also very tired and didn't notice the juice in the floor..
So Pip slipped, hit back of his head to the floor and.. died ;(

His body was found by the police because one of his neighbours had complained about the bad smell coming from his apartment. This was the sad end of Pip our great admin, but we here in GD will remember him forever. 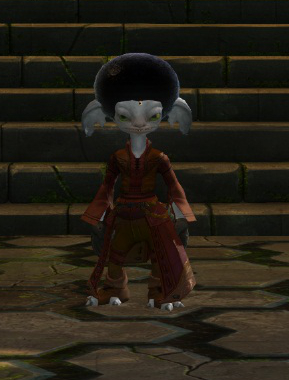 Lol very nice story ( Coming from a man whose rig can't run GW2 ;))
Btw was it orange juice or mango, or maybe pomegranate?

Thanks, written by active GW2 player ;)