Imagine, if you will, an entire galaxy of 256 star systems, each with their own economy, crammed into an executable program smaller in memory size than your average forum avatar.

Now, imagine eight of these galaxies, each unique, crammed into the same memory. That was Elite. An entire universe in just 22kb of memory.

Remember back to the first time you played Ocarina of Time and you emerged out onto Hyrule Field and the sense of awe that struck you as you looked on at that green expanse. Well, David Braben and Ian Bell managed to generate that feeling 14 years previously with Elite.

Except, unlike Ocarina, you couldn’t just go left or right, forward or backward. You could go upwards, downwards, turnwise or widdershins. No set path, no goal on the horizon, just you and space. Lots of space.

Imagine a game that didn’t hold your hand; a game that set you out on your path with just a handful of currency. A game that required you to master the art of docking your ship in a small, rotating rectangle without any aids. (The docking computer was available, but cost 4 x your starting credits).

Elite had no adjustable difficulty levels; it just was what it was and you just existed in it. Take a jump into the wrong system, or carry the wrong cargo and your very existence was at risk. The game didn’t deliberately try and kill you, it just made sure you knew that each journey could be your last.

Very few games nowadays give you feeling of uncertainty; both Demons’ and Dark Souls manage it. But it seems that gamers need something to hold their hands. But now we have the chance to celebrate the rebirth of one of the greatest games ever released.

We have the chance to feel that sense of awe again; a chance to break away from the norm and spread our wings and fly to distant corners. Not constrained by invisible walls or campaigns. A chance to truly be free and to explore a play area so large that we cannot even begin to imagine what the furthest edge of it looks like.

This is what Elite: Dangerous offers us. Not a 30 hour story. Not a game with a defined beginning, middle and end. But a game with only one point of definition: The beginning. Everything after that point is fair game and our story to write. 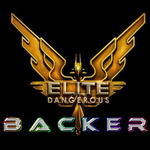