So after a long stint of not writing articles or big blogs, the time has finally come to see if I can channel my inner tech soul to write something of value. I hope that it meets your approval dear reader.

As the title suggests this blog (which will be later on converted into an article, should enough people view it) is focused on  PC builds with a small twist. The builds won't include a dedicated GPU. Now before you take out the pitchforks and burn me at the stake for my blasphemy, I would ask that you read the following paragraphs as they will explain my methods and reasoning.

One of the reasons why I'm not including a dedicated GPU, is because the prices are beyond unreasonable and fluctuate frequently. Also I am not privy to your willingness to fork up a ton of money on a single hardware component and my current advice to people that really want a new PC is to buy one that has an iGPU and wait 6 - 18 months for prices to normalize a little before buying a dedicated GPU. For the sake of simplicity I will currently focus on the US market and their prices. Feel free to add your own build ideas, preferences and so forth. Now that we've got the intro out of the way, let's get cracking (pun intended).

I stumbled upon this build while watching a video from Carey Holzman. All credit for the video and the build goes to him.

You can find the links for the parts in the video. Now if you were willing to put a $400 GPU into this build you'd have a very capable gaming machine. You could also change the CPU to a 11400, to get a more beneficial price to perf ration, but I'll leave that and the GPU judgement call up to you dear reader.

Not to give Intel all the attention here's a build with an AMD CPU made by Tra1aW, a friend at GD's Discord. 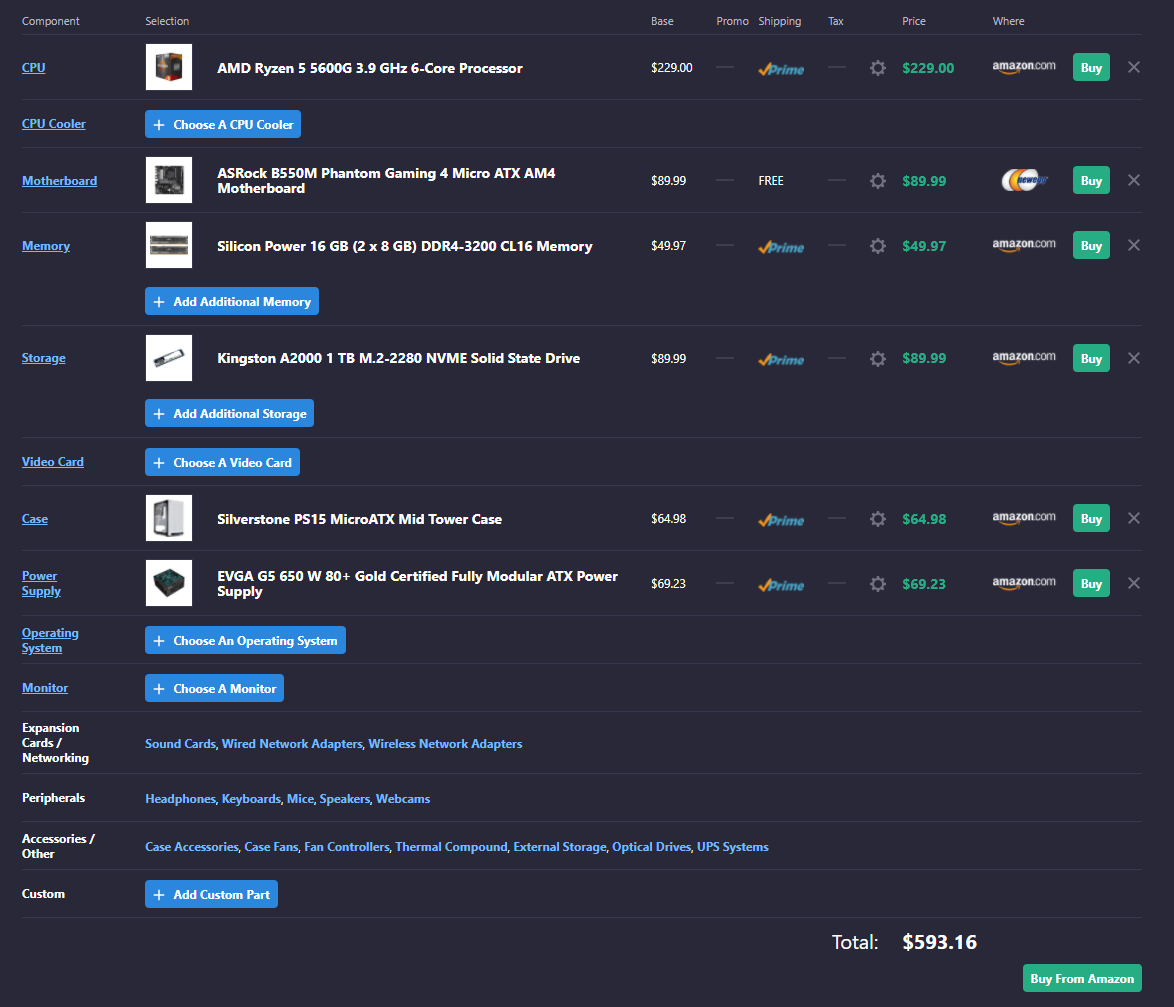 Now we could play around with the components on both builds, choose used parts (tho Amazon used/preowned parts are good as new) to get the most out bang for your buck. But for now this about sums it up. Any suggestions, comments and advice is always welcome. I'm looking forward to reading your thoughts on the matter.