Every felt total immersion while gaming? No matter how large a monitor you own, looking off to the side is easy. With Oculus Rift the game will be the only thing you'll see. Oculus Rift goggles allow a 110 degree field of vision to completely block the real world while allowing users to look at a game in any way their head tilts. 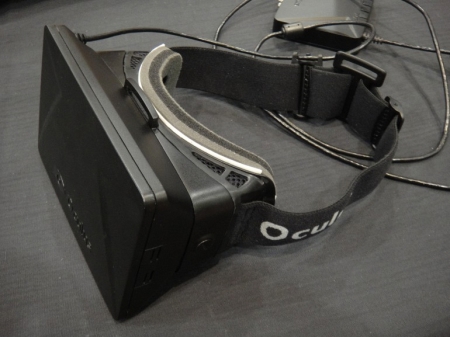 Current Oculus model (Above). Once the consumer version is realised, this is the intended look (Below) 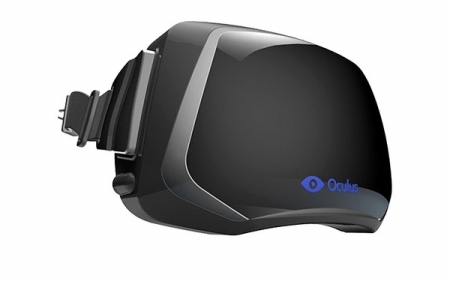 It is intended to fill almost the wearer's whole view, and the real world is completely blocked out, to create a strong sense of immersion. The resolution is 1280×800 (16:10 aspect ratio) which is split between both eyes, rendering the effective resolution at 640×800 in stereoscopic 3D. The view is taller than it is wide (4:5 aspect ratio). However, because the Rift is not 100% overlap, the combined resolution is effectively wider than 640. The resolution is lower than some other HMDs and is one of the Rift's weaknesses.

A USB interface is used for sending tracking data to the host machine and powering the device, partially negating the need for an external power supply. However since its power requirements slightly exceed the rating for USB, it will come with a power adapter that can optionally be used to connect the control box to the power-point for those computers that don't provide enough USB power.

The weight of the headset will be approximately 250g, an increase of 30 grams due to the new 7 inch screen size. It will not include headphones.  Wikipedia

Check the Video out Here

this it the close future which will start new gaming era...