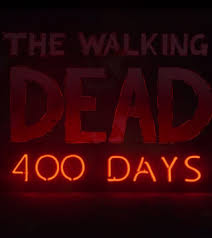 The year 2012 was a great year for indie games. One such title, The Walking Dead, won quite a few Game of the Year awards and even managed to win in various other categories. Telltale Games have announced that its anticipated DLC is coming out, and its releasing sooner than you might have expected.

Entitled 400 Days, this DLC was launched first on PSN (North America) on July and was released on Tuesday on PC. The Xbox Live version will be available on the July 5, followed by a July 10 release for European PSN users. 400 Days is the transitional episode between seasons 1 and 2 of The Walking Dead. Featuring five protagonists, the DLC will tell the tale of their experiences in the first 400 days after the outbreak.

One of the key forces of The Walking Dead was its narrative structure, and the implementation of player choice. Telltale Games has also promised that the story of 400 Days will also be affected by the choices players made in the five episodes of season one. They have also confirmed that choices you make in this DLC will have consequences in season 2. 400 Days costs $5, and Season 1 of The Walking Dead is available for $25 on Steam.

And also check the trailer:

Express your views on the discussion box below.

Thanks for visiting my blogs :)

enough with the zombies :P