Can i play this game maxed out?

Environment detail set to medium or high but not 'Very high'
it still lags for me even on 'Very high' which is strange. I'd go with medium for that setting but in fullscreen yes you can play on near-max.

Game runs great for me :) Though I don't understand why maximum settings has a bit of frame drop on my PC. all it does is increase geometrical features and the volume of shrubbery n the world... :/
It's fun with how open it is with the world. If it's not completely walled off or occupied by water, you can access it unlike games such as Need For Speed. It does get very boring after a while, though. There's a lot to do, but it's extremely repetitive. I gave it an 8.5. :)

can i run this game on desktop???

Yes. And to add this game plays a lot better in fullscreen mode so you should be able to get away with max-- no anti-aliasing.

can i run this game with my laptop???

I don't think so. I would suggest looking into a console version. This game doesn't have much for graphics options so it leaves me to believe that it was more meant for consoles.

love watching YouTube videos on this, shame I can't play it though :/

This game is not that great, really. There are a lot of good racing games out there you can play that are way better than this.

Well I think it's a great game, thing is you pretty much need a ps3/Xbox controller to playit. I'm not really into racing games, but I like this style, free roam ect.

I have it on the 360 and in my opinion it wasn't that great. The graphics were dated and NPC's sounded like robots. But if you like it I don't see why not give it a try =D 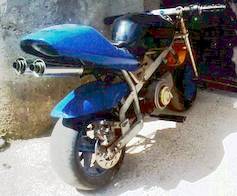 not very good, but it's ok to kill boredom

Nice review from the hardware end of the game!!!!

@Felix: thanks for your positive reaction ;-) In average I can say that, the more people test games, the lower the recommended system requirements will be! It's just that for this game, there wasn't enough user data, was there? ;-)

I agree with your points, the publishers prefer less people with a big smile above more people with a smile ;-) But don't you think it may also have something to do with technology compared to system requirements? Look at the best high-end systems: are they needed for today's games? Maybe in extraordinary cases.......So if they wan't to help companies getting some market share.....Don't know, but that's what I think sometimes.

@Mark1311811 We love it when our members do this sort of stuff! All great points. We have to agree that the released recommended system requirements for TDU2 were very high and unnecessary to get the game running in an acceptable state.

The information in our tool is based against the publishers recommended system requirements. They often report system requirements that are easily capable of running everything on max or near max settings. That way they do not get angry gamers who feel they meet requirements but cannot play the game maxed. This could be a breach of contract and something they wish to avoid.

Any person who uses DX11 and is impressed by the graphics? (maybe that does more than average in this game....)

Another btw: should I talk about the game itself? I played it for like half an hour, but it just didn't make me feel better if you know what I mean...And those long movies between the gameplay I noticed.....No more words about the game...

Today I've tested the game and came to the conclusion that I wasn't wrong about the system requirements (maybe it could be a little bit more representative....) With my Intel C2D 3.0 GHz and HD 5670 512 MB (and 3GB DDR2 667MHz) I am able to play this game very acceptable on medium settings. On high it's still playable, but isn't that relaxing.....:P Here are the results from the program 'Fraps', generated from an XP 32-bit system with DX9:

So the system requirements actually aren't that high as said (I also think that the recommended E4500 is set right, because my CPU just changed from 34 to 42C and the cores also stayed fresh (fanspeed manually raised by only 5%)) , but it would have been crazy when they were like above, because of the poor graphics. They were so much dissapointing me and the differences between low and very high settings weren't even that big. It's just the anti-aliasing that produces the most eye candy, but it all could have been a lot better. I haven't played TDU 1, but wouldn't it be possible that they used the same graphics engine?

The difference between the CPU & GFX recommendation also looks odd to me!

@ ravikrishhnan: I wouldn't worry about that. A nice i3 (with 4 threads) you got there (brain/calculator is way too good. The 'blood pressure' from your CPU won't raise that much when running this game :) Your graphics card (same as mine, but I've got 512 of DDR5 memory) will do a great job in this game, even when it's worse than recommended here. In my opinion I think it isn't needed, but I will convince you more when I've tested this myself! For example look at Dirt 3: most sites say, a HD 6670 and an AMD Phenom II or an Intel i7 are needed, but when taking a look at GD (discussions) and really testing the game, those requirements a very much more welcome and are much less, and that's what I see on many more games ;-)

@rocky7012: your CPU has a 0.4 GHz higher speed than the recommended E4500 (that's the only difference between your CPU and the recommended one...), so that should be more than enough. Second, in average, the HD4870 scores 5 - 10% better than the HD5770, but with AA and AF enabled, the HD 5770 is kinda like 13% better than the HD4870. I haven't tested this game with my configuration yet, but I don't think a HD4870 is needed to be set as the recommended graphics card, but even when it would be, I guess you should still be able to play this game on at least MEDIUM settings (considering you're using Vista or Win7 with DX11, XP(DX9) will let you play on HIGH) ;-)

But what does it say exactly? "You're not able to play this game, because of your hardware configuration"? Are you missing some DirectX files? (setup.exe included that has not been executed? Else eventually search for 'dxwebsetup.exe' on the internet and update to the latest files available). No problems with other games? So it could be a driver issue? 3GB of RAM with a speed of 200MHz and a bandwidth of 400MHz(DDR2)? If the configuration is not optimized (e.g. synchronized with the FSB/DMI in your case, from the processor) then there still shouldn't be a problem to run the game.... ;-)