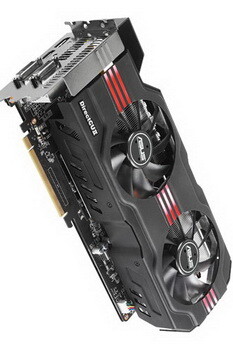 Game performance for the GeForce GTX 680 Direct CU II TOP where we look at the bigger games played in 2022. Looking closely at the graphics card frame rate performance on Ultra graphics settings at 1080p, 1440p and 4K screen resolutions. 232 games can be played by this graphics card of the 1000 most demanding games being played by PC gamers today.

With 1080p being the most common gaming resolution at the moment we explored how well the GeForce GTX 680 Direct CU II TOP can run FIFA 22 at 1080p and saw it return reasonable frame rates at the following graphics settings - Low: 154 FPS, Medium: 122 FPS, High: 82 FPS and Ultra: 59 FPS. For performance contrast we can see that Far Cry 6 returns a weak 0 FPS at Ultra 1080p.

People are turning their increasingly more powerful graphics cards to the popular 1440p screen size so we tested the GeForce GTX 680 Direct CU II TOP to see how it performs on 1440p. First off we have looked at FIFA 22 where it was reasonable. The frame rates it scored for the game presets were - Low: 118 FPS, Medium: 93 FPS, High: 62 FPS and Ultra: 45 FPS. We added Far Cry 6 to our tests and saw it was weak with a 0 FPS at Ultra 1440p. And then tested Forza Horizon 5 which got 3 FPS at Ultra 1440p. 1440p gaming on the GeForce GTX 680 Direct CU II TOP is likely in need of some graphical option tweaks when trying to play modern games.