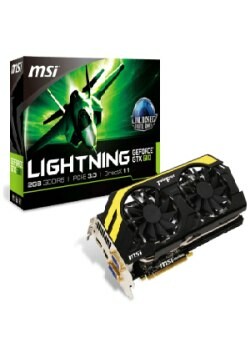 The GeForce GTX 680 Lightning Edition is a very low performing piece of gaming hardware and can probably only run indie system requirements.

Here is a performance review on how capable the GeForce GTX 680 Lightning Edition is at running the more popular games of 2021. Specifically looking at this PC hardware’s ability to get suitable frames per second to play on Ultra game settings and what FPS it might get on 1080p, 1440p and 4K screen res. This card runs recommended graphics requirements of 248 games from the top 1000 most demanding games being played today.

Now onto the frame rates achieved at 1080p. We predict that Dying Light 2 will get 0 FPS with the GeForce GTX 680 Lightning Edition, Resident Evil 8 getting 2 FPS and Back 4 Blood predicted to get 33 frames per second. All run on Ultra at 1920x1080 screen res.

People are turning their increasingly more powerful graphics cards to the popular 1440p screen size so we tested the GeForce GTX 680 Lightning Edition to see how it performs on 1440p. First off we have researched Dying Light 2 and predict it will be weak. The frame rates predicted for the game presets were - Low: 0 FPS, Medium: 0 FPS, High: 0 FPS and Ultra: 0 FPS. We added Resident Evil 8 to our tests and saw it was weak with a 1 FPS at Ultra 1440p. And then researched Back 4 Blood leading us to predict 25 FPS at Ultra 1440p. After a look at the popular games running at 1440p with the GeForce GTX 680 Lightning Edition, this is unable to perform adequately across modern games at this increased resolution.