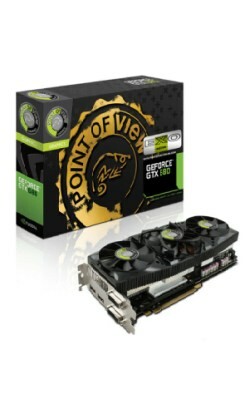 The GeForce GTX 680 EXO 2GB Edition is a very low performing piece of gaming hardware and can probably only run indie system requirements.

The GeForce GTX 680 EXO 2GB Edition graphics card is returning a weak performance on Dying Light 2 at 1080p of 0 frames per second at Ultra graphics settings. Another popular title that is good to benchmark graphics cards against is Star Citizen which we predict will get playable frame rates of 31 FPS. A third game we can look at on Ultra at 1080p is the popular Days Gone, which was getting 27 FPS under tests.

Next up we increase screen res tests to accommodate the growing in popularity 1440p screen size. So we booted up Dying Light 2 to see how the GeForce GTX 680 EXO 2GB Edition dealt with it. It scored up a weak series of FPS results across these graphics presets - Low: 0 FPS, Medium: 0 FPS, High: 0 FPS and Ultra: 0 FPS. Next we looked at Star Citizen which we predict will be weak with a 24 FPS at Ultra 1440p. And finally looked at Days Gone that got an Ultra 1440p FPS of 20. Gaming at 1440p with the GeForce GTX 680 EXO 2GB Edition is going to struggle to keep a solid FPS, but a modern game could have a few options tweaked to get it playable at this res but on low graphics settings.