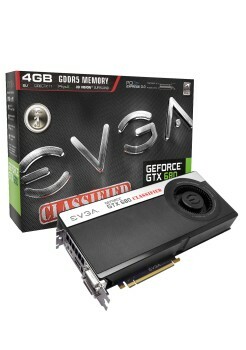 The GeForce GTX 680 EVGA Classified Edition is a very low performing piece of gaming hardware and can probably only run indie system requirements.

What FPS performance can the GeForce GTX 680 EVGA Classified Edition get on latest AAA 2022 games? In particular our game review looks at the FPS achieved running on Ultra graphics settings on the 1080p screen resolution as well as 1440p and 4K. This card runs recommended graphics requirements of 228 games from the top 1000 most demanding games being played today.

Looking at some of the modern popular games people are playing today the GeForce GTX 680 EVGA Classified Edition is predicted to run Grand Theft Auto VI with weak performances on 1080p Ultra, getting 0 frames per second. Comparing this to Dying Light 2 which is getting weak results, where it averages 0 FPS. Another popular game we looked at is Resident Evil 8, which is running at 3 frames per second.

GeForce GTX 680 EVGA Classified Edition is a Special Edition of the powerful GeForce GTX 680.
This version overclocking out of the box in the core-clock that went from 1006MHz to 1111MHz while the Boost Clock runs now at 1176MHz. The memory clock was left untouched.
Another feature is the frame buffer having 4GB instead of just 2GB. This may prove useful when putting GeForce GTX 680 in a extreme preset but it won't affect at all during occasional, daily, enthusiast gaming.
Benchmarks indicate a 6.4% performance boost when compared to the reference GPU.