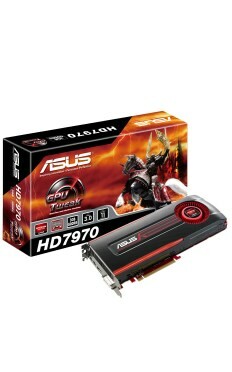 Based on current gaming requirements the Radeon HD 7970 Asus Edition is considered one of the weakest cards and wont meet modern AAA game specs.

Here is a quick game performance synopsis for the AAA games played in 2021. In particular we focus on how well the Radeon HD 7970 Asus Edition runs at Ultra graphics settings and what frames per second it is getting at 1080p, 1440p and 4K monitor resolutions. 198 games can be played by this graphics card of the 1000 most demanding games being played by PC gamers today.

First we looked at 1080p resolution for the Radeon HD 7970 Asus Edition performance to explore what sort of benchmarks it would achieve on the popular title Star Citizen and predict it will deliver playable frames per second across the following graphics settings - Low: 74 FPS, Medium: 58 FPS, High: 39 FPS and Ultra: 28 FPS. We proceeded to look at Dying Light 2 to see how that compared and predict that it will return a weak 0 FPS at Ultra 1080p.

Radeon HD 7970 Asus Edition is a special edition of high-end Radeon HD 7970 that has no special features, not even a new cooling system and so its performance is exactly like the reference AMD Radeon HD 7970.