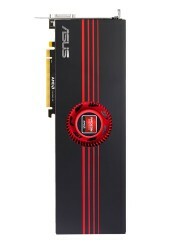 The Radeon HD 6990 Asus Edition is a very low performing piece of gaming hardware and can probably only run indie system requirements.

How well will the Radeon HD 6990 Asus Edition run 2022 games? We will take a look at the biggest releases and frames per second analysis on Ultra graphics settings. Of the 1000 most demanding recommended specs found in game requirements today, this gpu is more powerful than the graphics requirement of 228 games in todays list.

Running at 1080p this card gets a weak frame rate from Battlefield 2042 with 0 FPS on Ultra. Then we take a look at Back 4 Blood which returns a weak 19 FPS. Another title that we looked at is the popular Grand Theft Auto VI which we predict will get a weak 0 FPS.